Zaytsev overlooked at NHL draft, may not return to Rebels 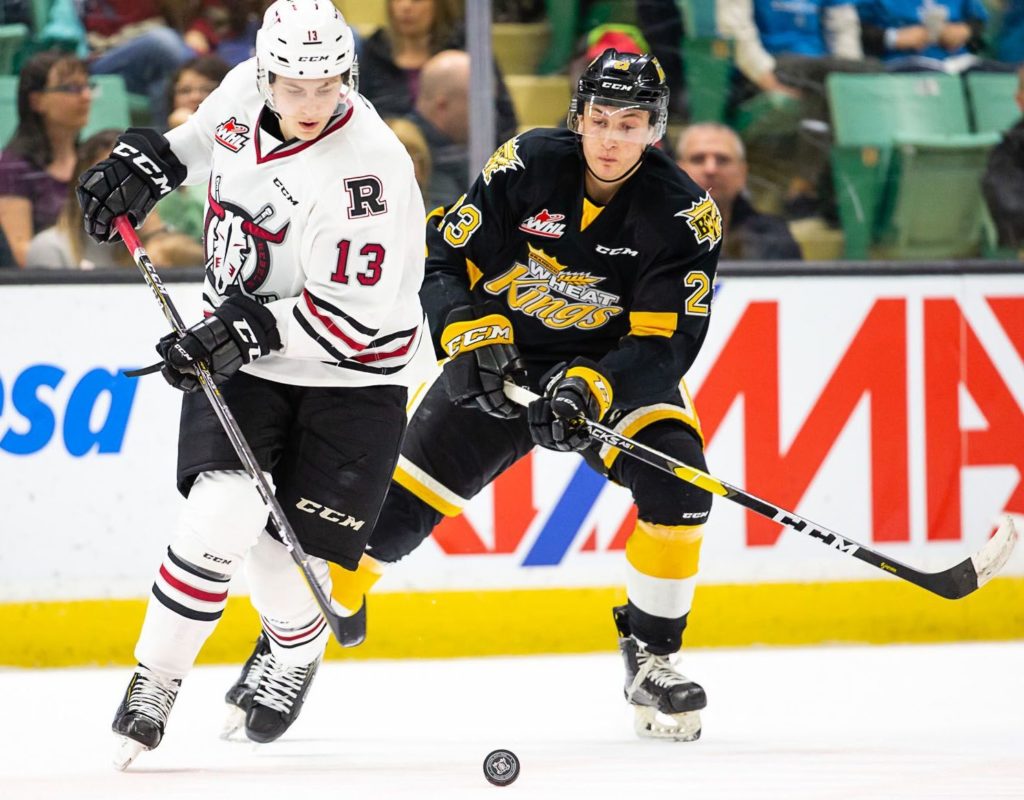 There was always going to be a first time.

The Red Deer Rebels’ impressive run of having at least one player selected in the NHL entry draft in the first 27 years of the team’s existence came to a halt on Saturday.

Russian centre Oleg Zaytsev was the Rebels’ only realistic candidate to be picked in the draft held in Vancouver, But he was a somewhat strong candidate considering he played in the CHL/NHL Top Prospects Game in January at the Centrium and was No. 66 among North Americans skaters in Central Scouting’s final rankings.

But he was overlooked through all seven rounds and was not on the final list of the 217 players who were drafted, including 28 from the Western Hockey League. The Rebels, then, were shut out at the NHL draft for the first time in team history.

Rebels GM/head coach Brent Sutter was somewhat shocked that Zaytsev was ignored, but only to a point considering the Moscow native didn’t exactly excel throughout the entire 2018-19 WHL season, his first with the team. Sutter was particularly unimpressed with Zaytsev — who scored 13 goals and collected 43 points in 66 regular-season games and had one assist in four playoff outings —  through much of the last few months of the campaign.

“Yeah, it was definitely surprising, to some degree,” Sutter said of Zaytsev’s draft snub. “But he certainly didn’t do himself any favours the way he played the last two-thirds of the year for us.”

It may turn out that Zaytsev’s first season with the Rebels was his only season with the team. The six-foot-one, 180-pound Moscow native isn’t full committed to returning, said Sutter, adding that NHL teams may have passed him over partly for that reason.

“We have communicated with him (and Zaytsev’s agent) and will know on Tuesday whether he’ll return or not,” added Sutter.

In the event that Zaytsev is not coming back, the Rebels will select two players in the CHL import draft on Thursday.

“Shaun (assistant GM Sutter) has been spending a lot of work on putting together our list of potential (import) picks. We’ll see where it goes,” said the Rebels boss.

Meanwhile, Rebels forward Zak Smith was contacted by the Las Vegas Golden Knights immediately following the draft and will attend the team’s rookie camp as a free agent.