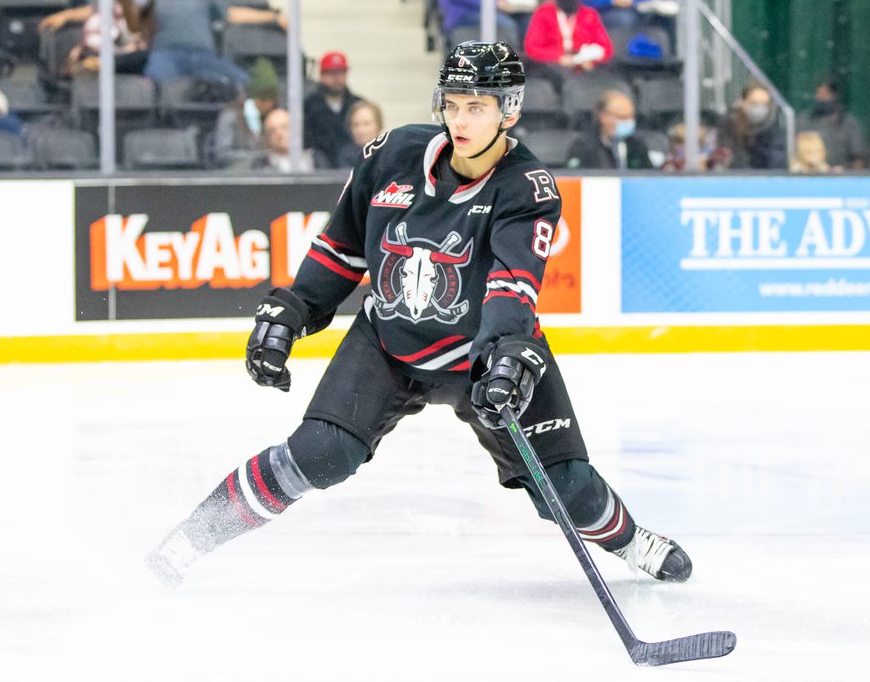 He won’t necessarily have a chip on his shoulder this season, but Jace Weir has something to prove to NHL scouts.

Despite being ranked by Central Scouting last season and a good bet to be selected in July’s NHL entry draft, Weir’s name was never called.

It was somewhat of a snub, considering how much the defenceman had developed after being picked by the Red Deer Rebels in the second round, 38th overall, of the 2019 WHL Prospects Draft.

But, as they say, what doesn’t kill you makes you stronger.

“Not going in the draft was a big disappointment,” said Weir, who was a standout rookie during the pandemic-abbreviated 2020-21 WHL season and manned the point on the Rebels’ top power play unit last winter.

“But at the same time it’s in the past and I just want to use it as motivation, use it as a learning tool and try to keep getting better every day.”

Of course, at 18 years of age he has time to prove to the pro scouts that he’s capable of playing at the next level. Weir can also look at former teammate Ben King as inspiration.

King was ranked by Central Scouting in 2021 but was passed over in the NHL draft. But there was no way he was going to be ignored in July after potting a league leading 52 goals last season.

“I think a good example (of resiliency) is Ben King, getting drafted during his 19-year-old season after having a really good year and a good season before that,” said Weir.

“Obviously getting drafted is an honour and a privilege. Not getting drafted this summer was obviously upsetting, but I know what I have to work on to get drafted next year or sometime in the future.”

And where will his focus be as he strives to improve?

“Just my all around game, just getting bigger and stronger,” he said. 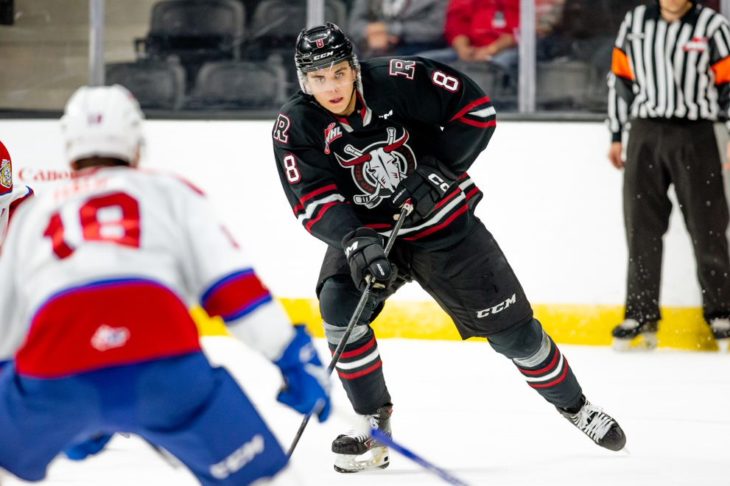 The sting of being passed over in the NHL draft was somewhat soothed when Weir got a call from the Vegas Golden Knights, inviting him to the team’s development camp in July and ensuing rookie camp last month.

“They reached out right away. Their player development person called me right after the draft and kind of told me they wanted me to come to both camps,” said the Coldstream, BC, product.

“It was a great experience for me and it’s a great organization. I couldn’t be happier that I was able to go there, learn what I did and take a lot out of the experience.

“It was a learning experience, just finding out how much faster and quicker everything is at the next level. So I’ll just keep working on getting bigger, stronger and faster.”

The six-foot-two, 197-pound rearguard put up some nice numbers last winter, scoring five goals and collecting 25 points in 64 regular season games while posting a plus-14 in the plus/minus category. He added two assists in 10 playoff contests.

Weir is not only looking to help himself this season but also help boost his team’s aspirations of success.

With the recent additions of Tanner Brown and Buffalo Sabres prospect Mats Lindgren, the Rebels blueline looks to be one of the league’s best.

“Having a couple of new guys in our lineup like Brown and Mats is obviously huge for our team,” said Weir, who was paired with second-year blueliner Matteo Fabrizi in last Saturday’s 4-2 win over the visiting Regina Pats.

“Top to bottom, all of our D pairings are really strong and effective. I’m really excited. It’s going to be a good season.”

Notable: The Rebels host the Lethbridge Hurricanes Friday and welcome the Calgary Hitmen to the Peavey Mart Centrium the following evening . . . The Rebels have reassigned 16-year-old forward Zane Saab to the U18 AAA Edmonton Junior Oilers Orange of the Alberta Elite Hockey League. An Edmonton native, Saab was a third-round pick in the 2021 WHL Prospects Draft in December and signed a standard player agreement with the Rebels later in the month. He appeared in two preseason games with the Rebels this fall.