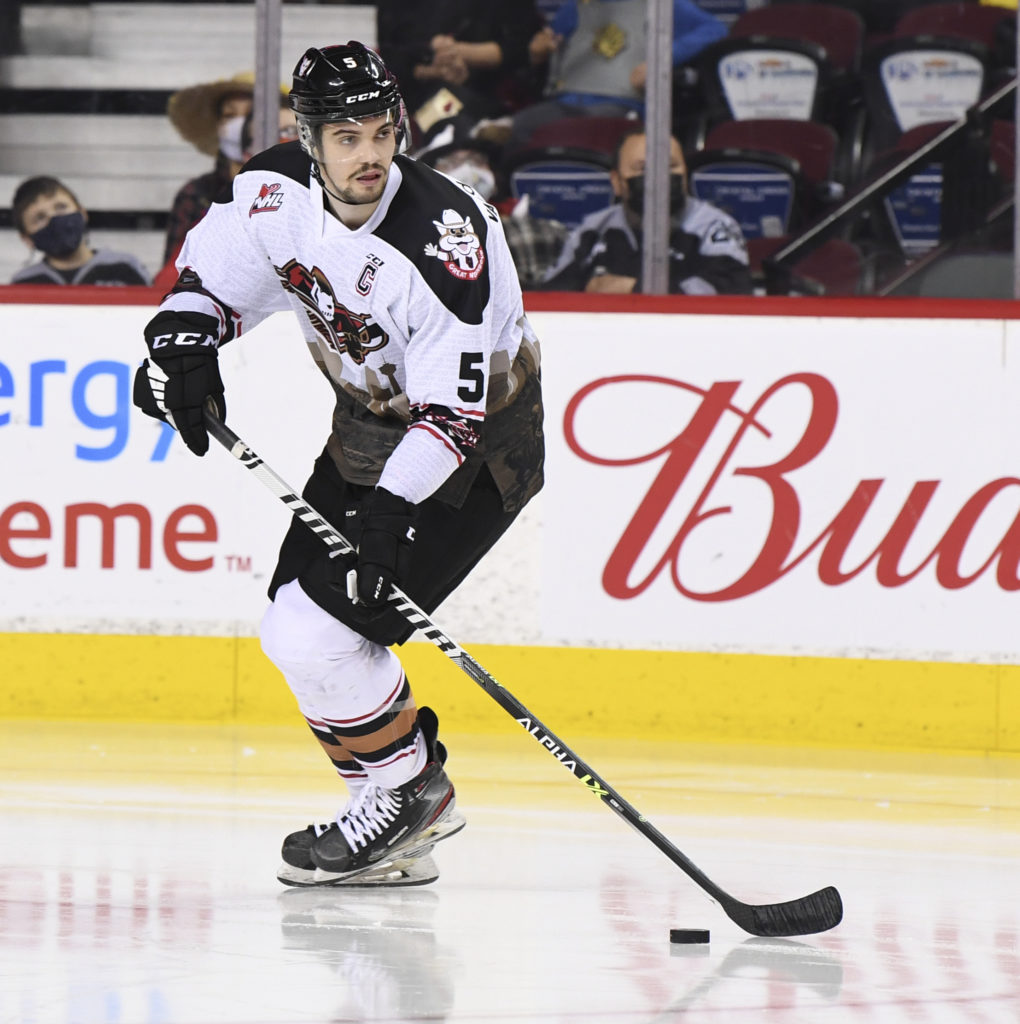 Van de Leest comes to the Rebels after four and a half years with the Hitmen, with whom he served as captain this season.

“Calgary has a pretty deep place in my heart, it was where I spent a better part of my young adult life,” he said Wednesday. “It’s really tough to leave a place like that when you’ve been there so long, but that being said, I’m super excited to come to Red Deer.

“I think we have a great chance to put together a good run here, string some wins together and get on the right path in playoffs. I’m super excited about that, thrilled to be here.”

Van de Leest, who attended the Philadelphia Flyers training camp as a free agent in September, has knocked heads with the Rebels on multiple occasions over the years, including seven games this season.

“This is definitely one of the hardest team to play against. That’s a big identity piece for them and something I’m really hoping to add to,” said the large rearguard.

“Every time we played the Red Deer Rebels you kind of knew you were coming into a dogfight and they were a team that doesn’t give up a whole lot.”

While the Hitmen enjoyed some success against the Rebels in past seasons, that hasn’t the case this season with Red Deer winning six of the seven head-to-heads.

“You had to make the most of your chances against Red Deer this season and usually they did against us,” van de Leest said with a chuckle. “I loved playing Red Deer because I loved that competitive action. I’m happy to be on this team now.”

The presence of van de Leest almost certainly will make the Rebels an even harder team to play against.

“I think that’s my biggest strength, just being able to be that guy that no one really wants to go in the corner with, go one-on-one with,” he said. “That’s what I’m looking to bring here for sure.” 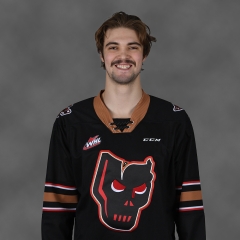 For a big man, van de Leest has good mobility and puck-moving skills.

“It’s something that as a big guy I have to work on. It doesn’t come super natural all the time,” said the veteran blueliner, who this season recorded 11 points, including one goal, in 26 games with the Hitmen after garnering 12 points (3g,9a) in 21 games in the abbreviated ’20-21 campaign. “It’s a vital piece of being an effective defenceman in this league in this era — being able to move and skate really well and make a good first pass.

“I’m always looking to improve my game and will focus on those things my whole career.”

Already a plenty personable and outgoing sort, it’s not like the Kelowna native is walking into a locker room full of strangers. He’s known Ben King, a product of Vernon, for years.

“He and I are both Okanagan guys and we’ve spent some time training in the Kelowna area,” said van de Leest. “And I know guys like (Liam) Keeler and Arshdeep (Bains) from playing against them a lot over the years.

“Everyone has been super welcoming so far and I’m really looking forward to getting to know everybody personally.”

Sutter said van de Leest will play a large and crucial role with the team.

“We think he complements our defence. We added a guy who’s a very responsible player, a big strong guy,” said the Rebels GM.

“He’s a kid who’s been in the league a long time. He has plenty of experience and he’s a smart player. We just felt like we needed a real shutdown guy and we’re certainly very excited to add him to our group, to our defence.

“It’s hard to see guys go in a trade but with the guy we got back our players are pretty excited. He’s an established player in our league and a hard guy to play against, just ask any of our players.”

Van de Leest will make his Rebels debut Friday against the Brandon Wheat Kings at the Peavey Mart Centrium.

The Rebels will visit the Medicine Hat Tigers Sunday and will host the Prince Albert Raiders Monday.

Rebels return to winning form against Tigers
22 hours ago 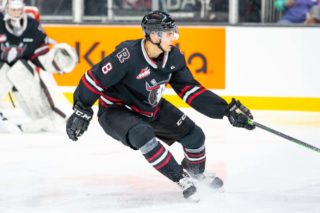 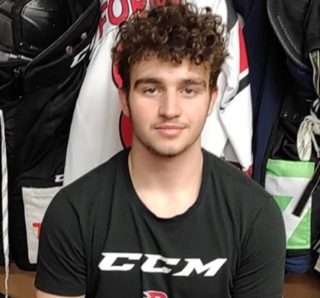 Better late than never for Rebels and Formanek
5 days ago