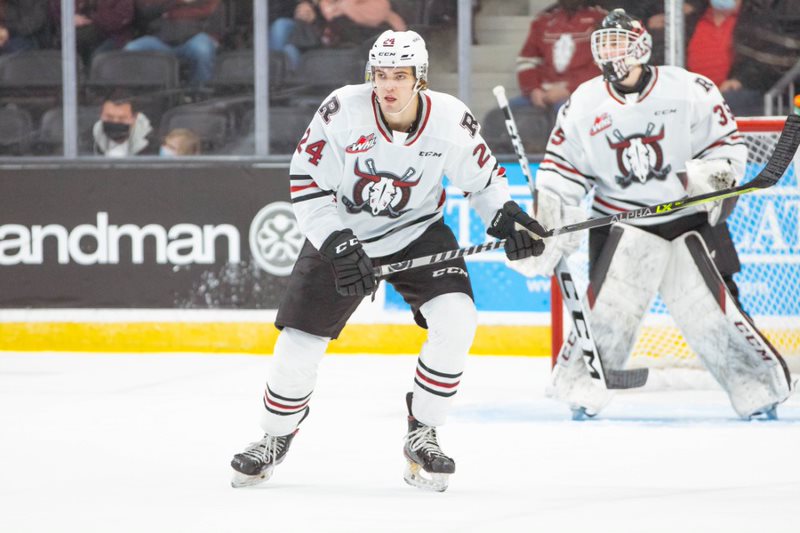 He had some solid WHL seasons with the Calgary Hitmen, four and a half to be exact, but Jackson van de Leest is convinced his time with the Red Deer Rebels was right up there in terms of growing as a player.

“I really enjoyed my time in Calgary, I made a lot of friends there and had quite a few great years with that team,” the big defenceman said Friday.

“But I was ecstatic to come to Red Deer and in the end it set me up to be the best hockey player I can be. Just in terms of how this organization treats practice and treats (the importance of) being a Rebel, it definitely helped me to grow my game and put me in the best place moving forward.”

The six-foot-seven, 238-pound rearguard, whose final WHL game was Wednesday’s season-ending playoff loss to the Edmonton Oil Kings, was acquired by the Rebels at January’s trade deadline.

He admitted to being a tad nervous upon joining his new team.

“It was my first time being traded and I was a little nervous coming in,” he said. “I knew that they were going to be a great group of guys, that’s kind of how it is in hockey.

“I was a little nervous about meeting everyone but I was super excited. Calgary is a place dear to my heart but I was excited to come here because I knew we’d have a good chance of winning some games.

“That’s what I wanted to do in my 20-year-old season and overall it was nothing but a good experience in that sense.”

As he noted, van de Leest suspected he’d be joining a solid and welcoming group when he arrived in Red Deer, and he wasn’t disappointed.

“You hear that your best friends are in junior hockey, from playing, and that’s entirely true,” he said. “A lot of the guys here I had only known from playing against and you develop rivalries with a bit of spit and spatting on the ice. But in the end there are guys in the room that I’m going to stay in touch with forever. I’m so happy that in my final year I was able to have a group like that.” 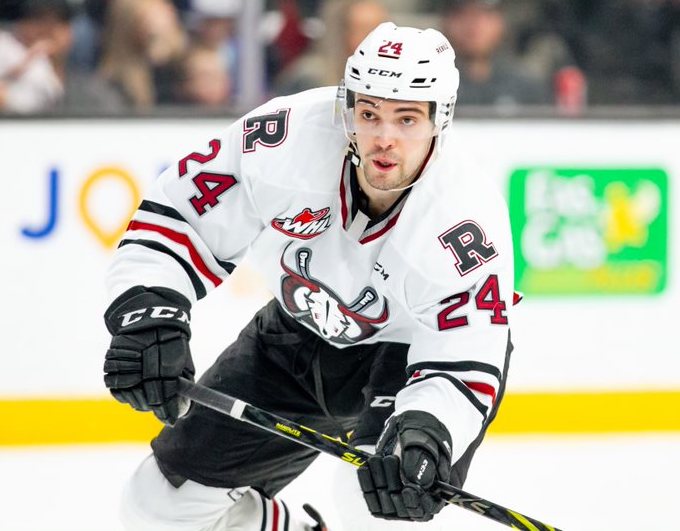 The Kelowna native is impressed with the culture of the Rebels organization and would never discourage a young player from joining the team.

“The big thing for me is the desire you’ve got to have, how much you have to want it,” he said. “Kono (head coach Steve Konowalchuk) was hard on us all year and I think that for me at least that was nothing but a benefit.

“The practice intensity, the overall drive, the desire you have and the level you have to amp up to . . . it helped me be a better player and for a lot of guys that will be the same case.

“I think that they’ve done a really good job here of just making sure that’s what’s demanded of you every moment — that you give your all and if you put out anything less then you’re letting down the guy beside you. You have that care for your teammate to never want to put them in a position where you’re going to fail them.

“We had a group of guys in the room who embraced that and that’s why despite maybe not being the most skilled team on paper in comparison to some other teams, we had as much success as we did.”

That success ended in the second round of playoffs. Regardless, it was a fruitful season and van de Leest suspects the Rebels will advance further next season and beyond.

“We did well this year. Obviously the second round didn’t go how we wanted it but I’m immensely proud of our group and I think a lot of the guys took some really good steps forward,” he said.

“I’ll be excited to see this team win some championships down the road because I think they have the calibre to do it.”

Van de Leest would prefer to make a living out of hockey as he moves forward, but will play at the university level if he doesn’t get a pro opportunity. He attended the Philadelphia Flyers development camp last year but doesn’t know if another invitation will be forthcoming.

“I’m still looking at continuing to play hockey obviously and if I can play pro, if that’s in the cards, then that’s what I’d like to do,” he said. “But I’ve talked to some CIS schools. Education is super important to me and if I have to I’ll be looking to take that, run with it and make it my sole focus.”