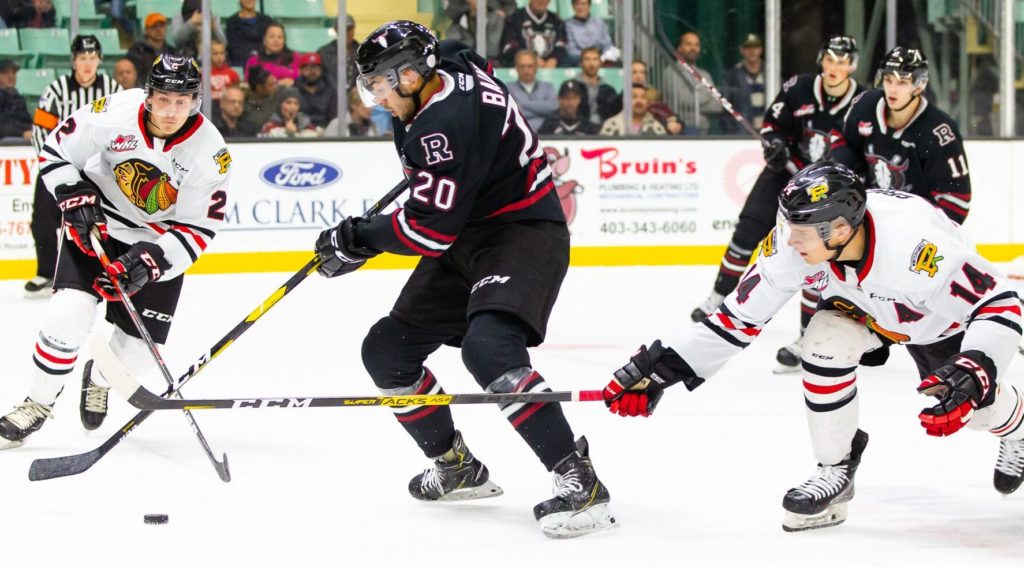 With the Winter Hawks back in the WHL championship series thanks to a 3-2 overtime victory two nights previous, 9,335 Portland fans attended Game 4 at the Rose Garden hoping for their team to knot the best-of-seven set at 2-2.

But the hosts were never really in this game, as the Rebels roared out to a 3-0 lead and had no trouble pulling out a 4-1 win. pussy88

Andrew Bergen connected at 7:11 of the first period, captain Jim Vandermeer scored the eventual winner just under 10 minutes later and Colby Armstrong potted his sixth of the post-season late in the second period. joker123

Garrett Prosofsky gave Portland a glimmer of hope five minutes into the final frame before Rebels defenceman Jeff Woywitka, with an assist from Martin Erat, sealed the deal midway through the third with his second post-season goal. live22

With their season on the line, the Winter Hawks rallied from an opening goal by Vandermeer — at 5:57 of the first period — to take a 2-1 lead on markers by Paul Gaustad — just over one minute later — and Prosofsky late in the first.

Rebels veteran power forward Kyle Wanvig, the eventual hero on this night, scored back-to-back at 11:34 and 15 minutes even of the second period, but Portland’s Marcel Hossa tied it at 3-3 with his fifth of the playoffs at 12:34 of the third period.

The game went to overtime and Wanvig swooped in on Ramage and slipped the puck into the back of the net at 7:41 of the extra frame.

His teammates poured off the bench to celebrate Red Deer’s first WHL title, mobbing Wanvig and series MVP Bendera, who made 28 saves.

Ramage made 27 saves for Portland in front of 6,543 fans at the Rose Garden.

Next up: Memorial Cup tournament in Regina.

WHL pushes season start back until December
2 months ago

Tarzwell prepared for eventual upcoming season, is confident of personal and team success
2 months ago