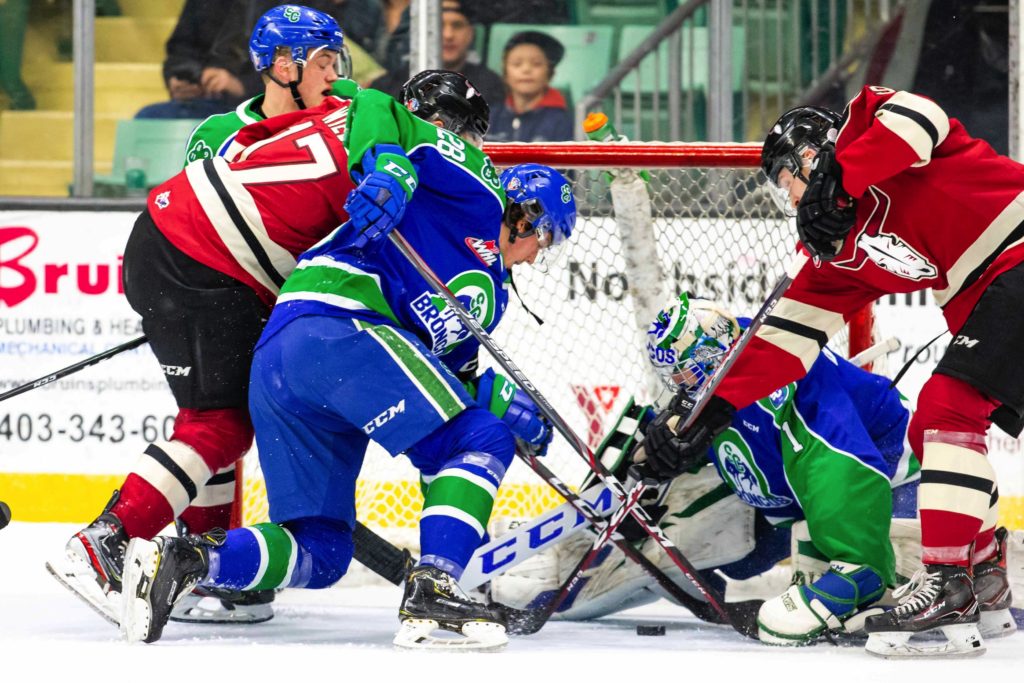 With the WHL Eastern Conference final tied at 2-2, the Red Deer Rebels hosted the Swift Current Broncos in Game 5 of the best-of-seven set and took control of the series with a 3-1 victory.

Martin Erat opened the scoring for the hosts in front of 6,546 fans at the Centrium, beating Broncos netminder B.J. Boxma at 15:58 of the first period.

Layne Ulmer pulled the visitors even with a power-play goal early in the second period and the deadlock held up until Rebels power forward Kyle Wanvig notched the eventual game winner 3:09 into the final frame.

Ross Lupaschuk scored what proved to be an insurance tally just a little over two minutes later and the Rebels had a 3-2 series lead.

Boxma was the Broncos’ top performer in Game 5, turning aside 35 shots, Shane Bendera was also sharp in the Red Deer net, making 24 saves.

The Rebels were back in Swift Current for Game 6 on a Sunday evening and got a 26-save outing from Bendera while closing out the series with a 4-0 win.

Erat, with his 14th of the playoffs, notched the only goal the Rebels needed, burying a feed from Diarmuid Kelly 5:30 into the contest.

Second-year forward Boyd Gordon made it 2-0 later in the opening period and second-period goals from Lupaschuk and Mapletoft, both on the power play, gave the Rebels what looked to be an insurmountable lead.

And it was, as Bendera made 17 of his 26 saves in the third period to help the Rebels capture their first ever Eastern Conference title and earn a berth in the league championship series with the Portland Winter Hawks.

Boxma made 20 saves in a losing cause.

Erat and Gordon both had a multiple point game, each with a goal and an assist before an audience of 2,288.