Sutter convinced Zaytsev won’t be back with Rebels, leaving Sedoff as the club’s lone import 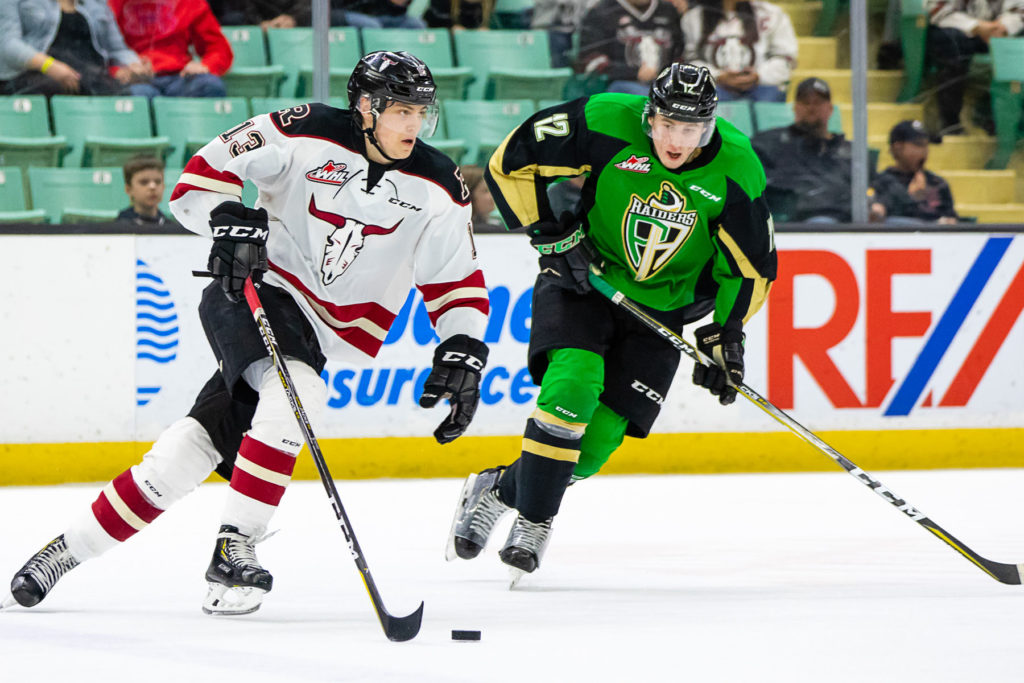 As the days and weeks go by, it’s becoming more apparent that the Red Deer Rebels have seen the last of Russian forward Oleg Zaytsev.

Zaytsev indicated in the spring that he was leaning towards staying in his home country instead of returning for a second season with the Rebels, and GM/head coach Brent Sutter is pretty much convinced that will be the case.

“We’re moving forward and making plans like he’s not going to be here. I’m not holding my breath for that to change,” Sutter said Tuesday.

“And you know what, someone else gets an opportunity that he would have had. Now we’ll see who that is. That will be determined through training camp and how kids play.

“It’s too bad because he could have been a top player for us. But some other young kid is going to get that chance now.”

The Rebels selected Finnish defenceman Christoffer Sedoff in June’s CHL import draft and are prepared to go with just one import in the 2019-20 Western Hockey League season.

“We’re perfectly fine with that and we can’t do anything until after Nov. 1 anyway due to the new rules,” he added, in reference to the possibility the team will trade for a second import.

The Rebels will be one of the WHL’s youngest teams in the upcoming season with as many as 12 players 17 years of age and younger.

“This season will be about which older plays can fit in with this young group we’re bringing in,” said Sutter.

“We have to make sure we have the right older players around these young kids. In the past years it’s been which young kids are going to fit in with your vets. This season it’s going to be the other way.”

In the end, as the Rebels boss noted, the players who will excel are the ones who display the most valuable of traits.

“The one thing I always say with it is that it’s all fine and dandy that the game is changing, but the one thing that doesn’t change and never will is kids that have compete and players who have character and are mentally strong. They’ll always come to the forefront.

“We need our veterans to come back and be better than they were last year, right down the line. And we need these young kids to continue to press forward.”

The Rebels will open training camp Aug. 24 at the Centrium. Among the hopefuls will be three recently listed players — forwards Braden Fisher and Luke Fennig and netminder Chase Coward.

Fisher, a 16-year-old from Winnipeg and a seventh-round pick of Brandon in the 2017 WHL bantam draft, scored 15 goals and added 15 assists in 30 games with the Rink Hockey Academy prep team last season, while Fennig, 17, had 24 goals and 42 points in 44 games with the midget AAA Battlefords Stars. He also played two games with the junior A Stars.

Coward, a 16-year-old Swift Current product, posted a 2.71 goals-against average and .911 save percentage in 18 games with the Prairie Hockey Academy elite 15 squad.

With fellow defenceman Ethan Sakowich and forwards Brett Davis and Cam Hausinger pencilled in as the Rebels’ 20-year-olds for the 2019-20 season, there was clearly no room for Carson Sass.

But the veteran rearguard has another opportunity to close out his junior career at the highest level after being claimed by the Tri-City Americans at the July 31 waiver deadline.

The Rebels received a waiver fee in return.