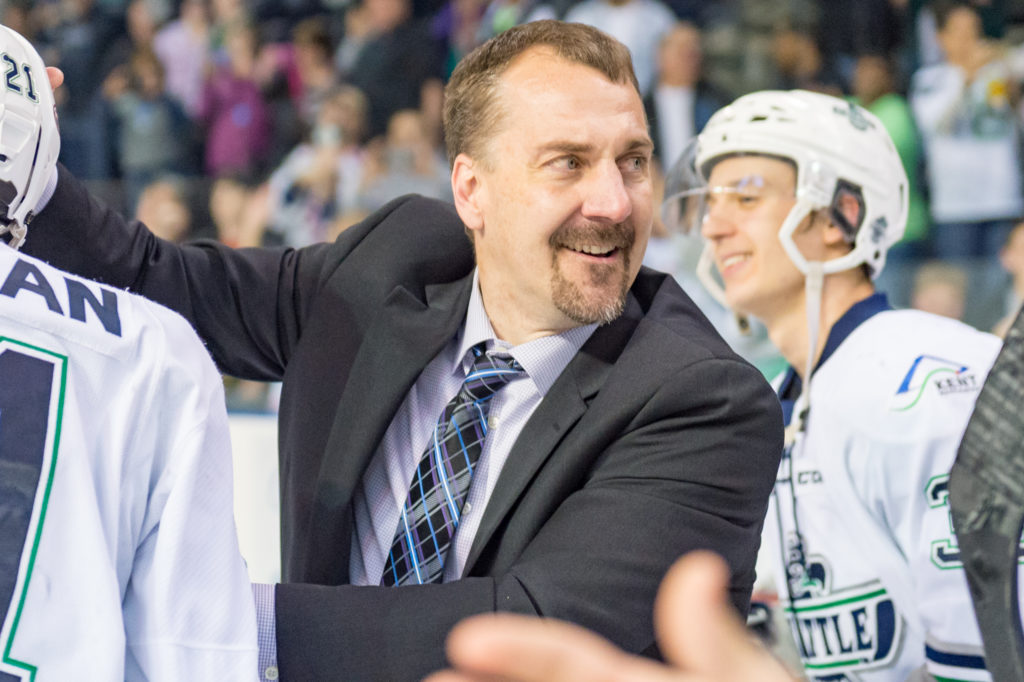 RED DEER, AB – Brent Sutter, President and General Manager of the Red Deer Rebels, is proud to announce that Steve Konowalchuk has been named the 8th Head Coach in team history.

Konowalchuk joins the Rebels from the New York Rangers, where he is currently a Pro Scout.  Prior to the Rangers, he served as an assistant coach with the Colorado Avalanche (2009-11), and Anaheim Ducks (2017-18).  From 2011 to 2017, he lead the Seattle Thunderbirds as their head coach, including back to back WHL Finals appearances in 2016 and 2017, culminating in a WHL Championship in his final season.  Over the 6 seasons, he lead the Thunderbirds to a 219-176-22-15 record, and coached notable NHL players including Matthew Barzal (NYI), Ethan Bear (EDM), Shea Theodore (VGK), & Keegan Kolesar (VGK).

Prior to his coaching career, Konowalchuk spent 13 seasons as a player in the Washington Capitals organization, before retiring after 2 seasons with the Colorado Avalanche in 2006.  He appeared in 790 NHL games, compiling 396 points in that time.

Konowalchuk will officially join the Rebels  in August, after his duties with the Rangers are complete.  The team will look to add an assistant coach this summer.

Brent Sutter – “Steve is the right coach at the right time for our hockey club.  He is a person of high character, whose intensity and work ethic match that of our organization and community.  With Steve’s winning pedigree, we have the right leadership to become a championship calibre team.  We welcome Steve and his family to Central Alberta.”

Steve Konowalchuk – “I would like to thank Brent Sutter and the Red Deer Rebels for the opportunity to coach in the WHL again.  The organization has established itself as a top franchise in the league, and I look forward to working with the staff and players on reaching the organization’s high expectations.  I would also like to express my gratitude to the New York Rangers for the opportunity given to me over the past 3 seasons.”