Slow start proves costly for Rebels in rematch with Tigers 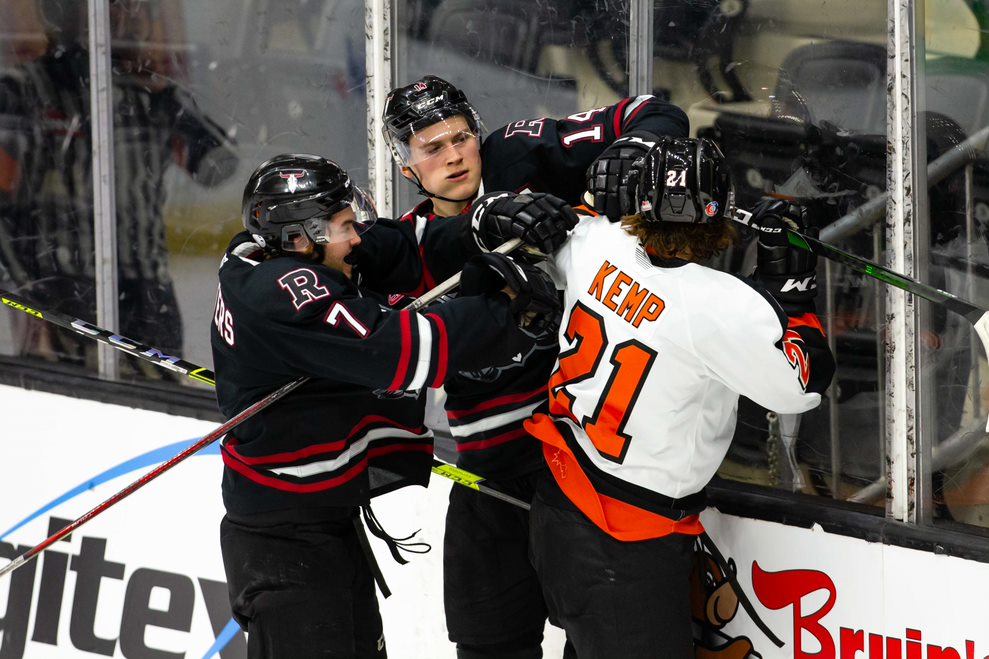 One night after controlling the game for 50 minutes before blowing a three-goal lead and falling to the Medicine Hat Tigers in overtime, the Rebels surrendered four unanswered first-period goals in a 7-2 loss in the WHL Central Division rematch.

“We talked about how we had to have energy coming out, how we had to be moving our feet,” said Rebels GM/head coach Brent Sutter. “But it just seemed like we were slow in everything we did.

“And we needed to have some saves. It was a combination of a few things.”

The Tigers needed just 36 seconds to get on the board as Cole Clayton’s point shot eluded Rebels netminder Byron Fancy.

Ryan Chyzowski made it 2-0 with a power play goal two minutes later, beating Fancy to the short side, and Lucas Svejkovsky scored on a breakaway at 12:11.

Fancy’s night came to an end when Oasiz Wiesblatt roofed a shot less than a minute later.

“There was still seven minutes to go in the period and they had 12 shots and four goals,” said Sutter.

To their credit, the Rebels were light years better in the second period and got a late marker from Chris Douglas, who stepped around a Tigers D-man and from close range found the far side of the net.

Rebels rearguard Chase Leslie cut the deficit to 4-2 with an early third-period point shot that appeared to glance off a Tigers player and past goalie Garin Bjorklund, but back-to-back penalties killed any momentum the visitors had gained.

“We were playing pretty well at that point,” said Sutter. “We had a good second period and a good third until they got their fifth goal.”

The Rebels boss was referring to a two-on-one tally by Brayden Boehm at 12:08 of the period.

“Their fifth and seventh goals were two-on-ones, odd-man rushes where we made bad decisions inside the offensive blueline,” said Sutter. “We gave up those rushes and they capitalized on them.”

Fancy stopped eight of 12 shots before being replaced by Anders, who turned aside 18 of the 20 he faced. Bjorklund made 19 saves at the other end.

The Tigers were one-for-six on the power play while the Rebels failed to convert on their lone man-advantage opportunity.

Red Deer will return to action next weekend with a home-and-home set with the Hitmen — Friday in Calgary and Saturday at the Centrium.

“We need to be better,” said Sutter. “We have a lot of work left. It’s the first weekend of the season and we have some guys who got COVID heavy on us.

“We have to get them in shape. They’re not where they need to be.”

Stepping down as head coach in best interest of players: Sutter
23 hours ago