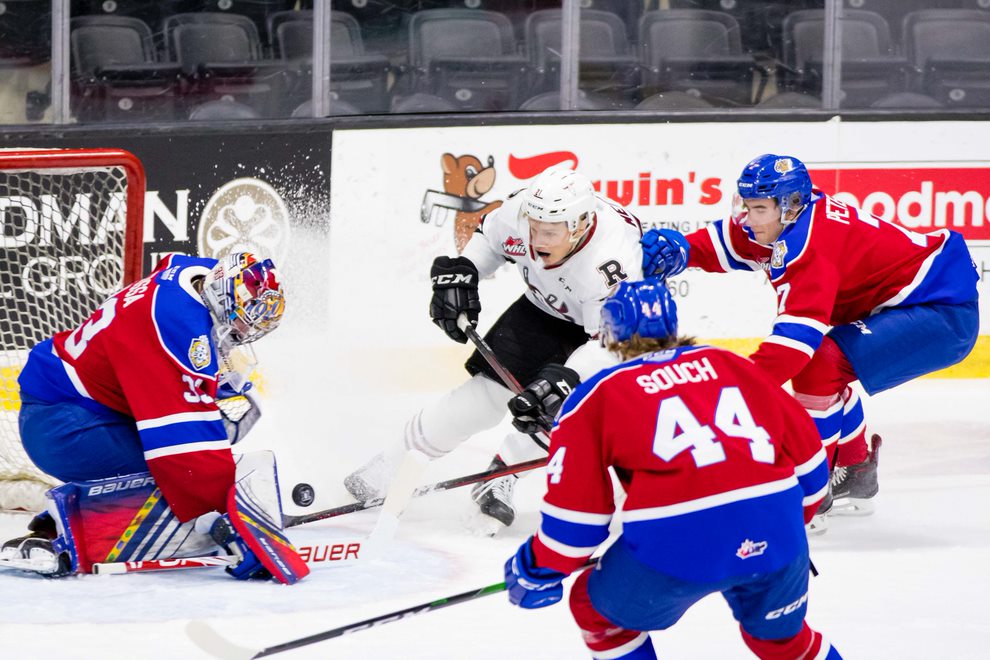 A lack of experience and outright manpower on their back end proved costly to the Red Deer Rebels on Friday.

Already missing two of their top rearguards due to injury, the Rebels lost Blake Gustafson (upper body) in the first period and went the rest of the way with a five-man blueline — including three rookies and second-year men Joel Sexsmith and Mason Ward — in a 9-2 WHL Central Division loss to the Edmonton Oil Kings at the Centrium.

After a solid opening period in which the Rebels scored the game’s first two goals, the visitors took over following a late first-period marker and torched their hosts for three second-period goals and another five tallies — including four in a span of 1:12 — in the final frame.

“The first period was probably as good a period as we’ve played all year,” said Rebels GM/head coach Brent Sutter. “I just thought after that we weren’t very good.”

The Rebels opened the scoring from a scramble just 2:35 into the contest. Dallon Melin appeared to fire the puck past Oil Kings netminder Sebastian Cossa but the goal was credited to Keaton Sorensen, his first of the season.

Chris Douglas upped the count to 2-0 during a Rebels power play just over six minutes later, burying a one-timer from the left circle following a cross-ice feed from Josh Tarzwell.

The visitors got one back in the final minute of the opening period with Red Deer’s Joel Sexsmith off for hooking. Josh Williams was the trigger-man, redirecting a point shot by Jake Neighbours past goalie Byron Fancy.

It was all Edmonton the rest of the way.

“When Gus (Gustafson) went down tonight it certainly hurt us,” said Sutter. “Joel Sexsmith hadn’t played in awhile and he’s thrown into the fire. We had two 16-year-olds (Jace Weir and Hunter Mayo) and all a sudden they’re playing minutes they’re not used to playing.

“I thought that hurt us at certain points of the game but I thought the forwards didn’t do a good enough job of supporting them.”

The Oil Kings needed just 22 seconds to pull even in the middle period, as defenceman Matthew Robertson moved down from the point and beat Fancy upstairs with a blast from the left circle.

From there, Jalen Luypen connected on a one-timer from the right circle with Edmonton on the power play, and Carson Latimer tipped home a wrist shot from blueliner Logan Dowhaniuk, again with a man advantage. 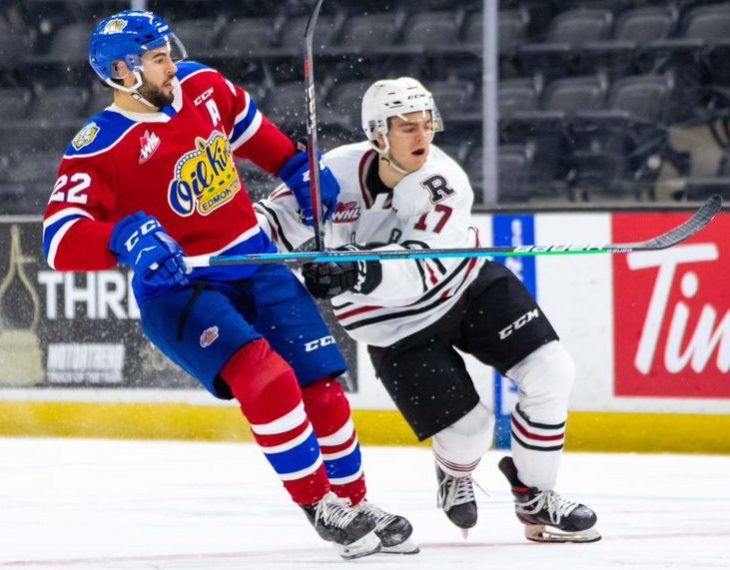 The Oil Kings busted it wide open in the final period, with Carter Souch cashing a rebound at the 4:07 mark after Fancy had made a fine sliding pad save on Williams, and Ethan Peters, Neighbours and Dowhaniuk adding goals in the following 72 seconds.

Ethan Anders replaced Fancy following Edmonton’s sixth goal and was promptly beaten by Neighbours and Dowhaniuk, who closed out the onslaught with his second of the night — on the power play — at the midway point of the period.

“Our work ethic dropped the last two periods,” said Sutter. “They had four power play goals on us, but we didn’t block any shots.”

The bottom line: The Rebels and their injury-riddled and inexperienced defence were simply no match for the talent-laden visitors.

“We knew coming into the season that we didn’t have a 19- or 20-year-old defenceman, but when your top guys aren’t playing . . . it’s major junior hockey and it has an impact on you, it affects your game,” said Sutter.

“The younger guys keep trying to do too much and that’s when they get in trouble. If they keep the game simple, they’re OK.”

Sutter wasn’t pleased with his forward units in general.

“I didn’t like the way we played as a forward group. We didn’t support each other well enough, we stopped finishing checks,” said the Rebels boss. “The last two periods we didn’t play very well and when you’re playing a really good team like that they make you pay.”

Notable: The teams meet again on Saturday afternoon in Edmonton and then wrap up a three-game series on Monday evening at the Centrium . . . The Rebels were minus the services of sophomore defencemen Kyle Masters (upper body, day-to-day) and Chase Leslie (undisclosed, week-to-week). Gustafson could also be week-to-week. “We’re dropping like flies here on our back end,” said Sutter . . .  Friday’s three stars: (1) Dowhaniuk, who had two goals and three assists, (2) Robertson, with a goal and three helpers, and (3) Williams, who had two assists to go with his single marker . . . Fancy made 25 saves on 31 shots while Anders stopped eight of the 11 shots he faced. Cossa finished with 18 saves for the Oil Kings.