Sexsmith put keen eye to use during stint on injured list 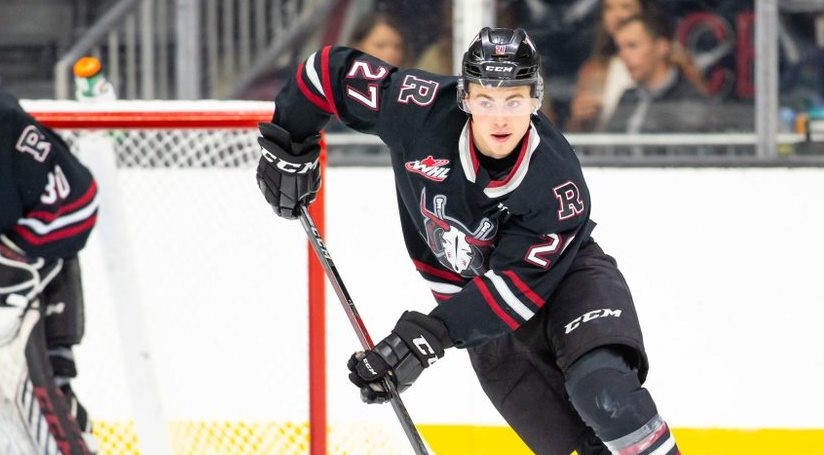 Ever the optimist, Joel Sexsmith was able to take something positive from his recent stretch on the WHL injury list.

The Red Deer Rebels veteran defenceman served as an unofficial scout while sitting out the last three games after being injured during the season opener in Edmonton (former Rebel Jaxsen Wiebe delivered a high hit to Sexsmith and was assessed a major and game misconduct for the indiscretion as well as a four-game suspension).

“It’s tough (sitting out), but I think it’s also an opportunity to learn,” said the 19-year-old, who has been cleared to play and will return to the Rebels lineup for Friday’s game against the host Calgary Hitmen.

“For guys who are out of the lineup, for guys who are injured, they can maybe try to deconstruct some of the things that are going wrong for the team, or see some of the holes in the other teams. You learn from that. It’s frustrating for sure, but with that being said, I think it’s an opportunity to get better.”

Sexsmith and his teammates have a new head coach this season in Steve Konowalchuk. The transfer of bench boss power from Brent Sutter to Konowalchuk has been smooth for the players, said the Edmonton native.

“I definitely see some similarities between him and Brent,” said Sexsmith, who was acquired from the Vancouver Giants in August of 2019.

“I think he (Konowalchuk) takes a more modern approach and I think that’s what Brent was aiming for (upon hiring the new coach). I’m quite receptive to Steve and I think most of the team is. This is a guy who’s won at the WHL level, he’s won at the NHL level.

“We’re quite aware of that and for a lot of guys that’s really insightful. It means a lot to us that he’s helping us get better and also knowing that backing us is a guy who knows his stuff.”

Also new to the team this season is assistant coach Mike Egener, a former WHL (Calgary Hitmen) and pro rearguard who handles the Rebels’ defence.

Sexsmith, for one, is grateful for his presence.

“I couldn’t have asked for a better D coach this year, “ said the six-foot-one, 192-pound blueliner. “He’s done such a great job with us, instilling trust in us so soon.

“I’ve already had the privilege of getting to know Mike a bit better and I’m really happy that he’s with us. I think he’s going to do wonders for us on the back end.”

Egener, who has replaced Brad Flynn on the Rebels bench, will welcome Sexsmith’s return for the team’s three-in-three weekend stretch that also includes a rematch with the Hitmen Saturday at 1 p.m. (CBC television) at the Peavey Mart Centrium and a date with the Oil Kings Sunday afternoon in Edmonton.

“He’s a good addition to our back end, a guy that’s been around the league and kind of knows what it takes to be successful in the league,” said Egener. “I know we have a strong D corps, but adding an older guy like himself back in the lineup will be beneficial for us.” 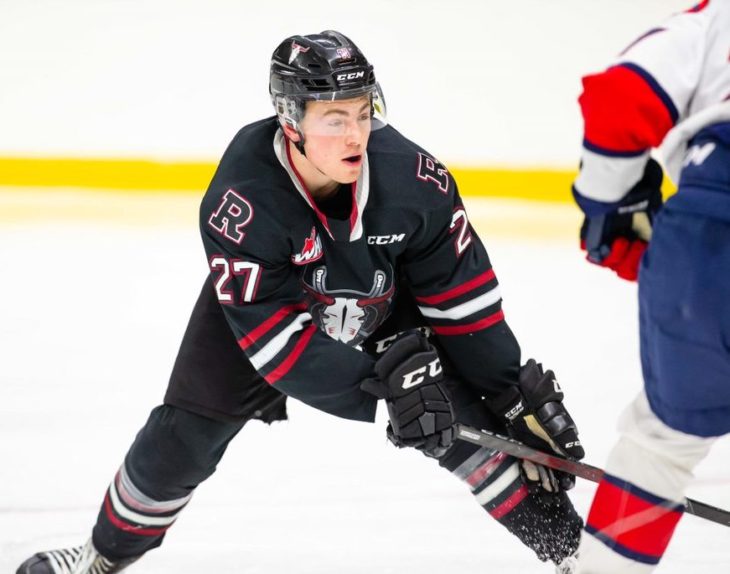 The Rebels are currently a .500 team with a 2-2-1-0 record, a linescore that likely doesn’t reflect their actual potential.

The Rebels appear to be much improved over the crew that recorded just four wins in 23 games last season. Living in the Centrium helped the team bond last winter, but as the season limped to an end it became less and less a novelty.

Sexsmith said there’s a sense of relief among the veteran players that things are mostly back to normal following the highly unusual pandemic-shortened season.

“I think this is a new group with a new approach,” he said. “We’ve still got a lot of the glue that was keeping us together last year here in the bubble,

“This is where you’re really seeing the guys who last year might have had a tough time in the bubble come out of their shells again.”

The Rebels have 17 returnees on their 24-man roster, but the off-season additions of forwards Kai Uchacz and Liam Keeler and netminder Connor Ungar, plus the recent acquisition of winger Blake Stevenson and the return of defenceman Christoffer Sedoff, have clearly strengthened the team, Sexsmith pointed out.

“We’ve had some great additions with those guys as well as our rookies,” said Sexsmith, referring also to forward Talon Brigley and rearguard Matteo Fabrizi.

“There’s lots to look forward to if you’re a Rebels fan. I think this team can really go the distance and I think that belief in the dressing room is what’s going to fuel us for the rest of the season.”