Sedoff, King possible to return to Rebels next season 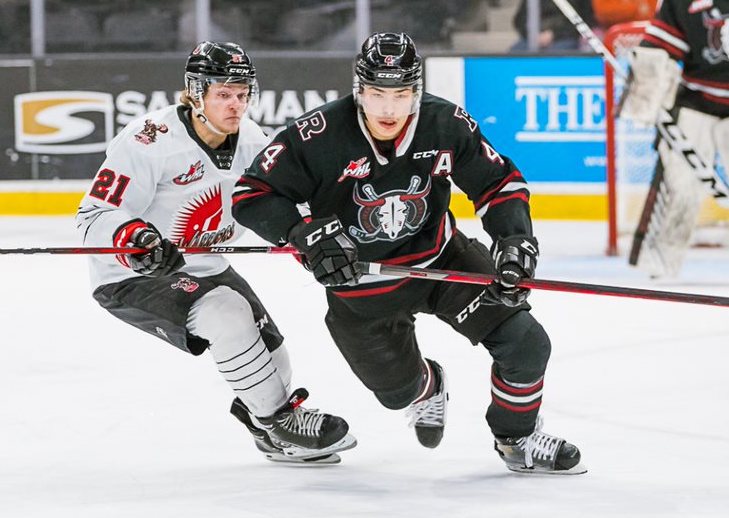 There is a distinct possibility that the Red Deer Rebels could have two of the WHL’s top 20-year-olds in their lineup next season.

Certainly, it’s quite possible that Finnish defenceman Christoffer Sedoff will be back despite having the chance to play pro in his homeland, as was the case during the 2020-21 season.

Centre Ben King, who led the league in goals with 52 this season, could also return although it’s likely he’ll be an NHL draft pick in July.

Still, unless he signs with an NHL team and is assigned to, say, an AHL affiliate, the talented sniper could find himself back in Red Deer.

King is ranked 96th by Central Scouting among North American players eligible for this year’s NHL entry draft, while Sedoff, for whatever reason, has failed to attract the same kind of attention from pro scouts.

Sedoff was ranked by Central Scouting during his first season with the Rebels, 2019-20, but wasn’t selected in the draft. He stayed overseas last year due to the pandemic and played pro hockey in Finland, then returned last fall and turned in an outstanding season, collecting 61 points while helping run the Rebels power play and being named to the Central Division first all-star team.

“It was easy to come back, an easy choice for me,” he said Friday. “I really wanted to come back.”

He said his pro experience in his home country helped him develop into a major junior star.

“It matured me a lot last year with COVID and playing pro,” he said. “It was easy to come back and kind of show the way for the younger players by competing every day and showing the way we have to play to win games.

“It was very exciting to come back knowing that we have older and younger players who are very talented. We really stuck together and got better as the year went on.”

As for the possibility of him playing a third season in the WHL . . .

“I have to wait and see, but I’m very happy to come back if it’s not pro in the American League or NHL,” he said.

“It’s been a very good experience with how the organization runs. It feel like you’re playing pro but its still juniors. I really like it here.”

Sedoff and King would take up two of the alloted three overage slots next season, leaving defencemen Blake Gustafson and Joel Sexsmith, forwards Jace Isley and Dallon Melin and netminder Connor Ungar to compete for the other roster spot.