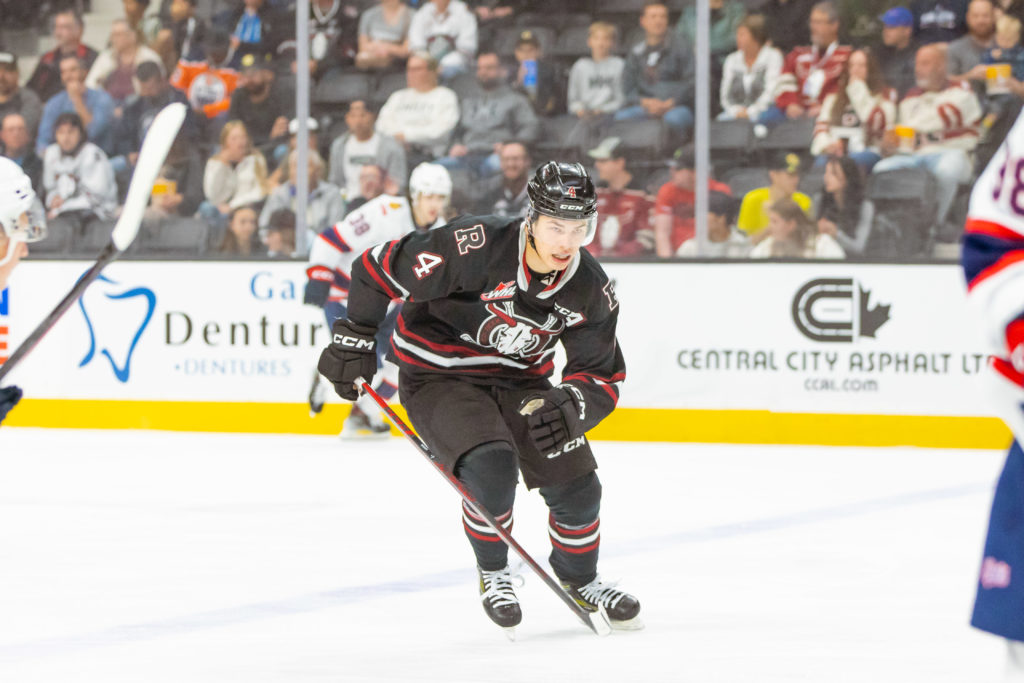 Christoffer Sedoff is a great example of resoluteness.

After failing to land a pro contract with the Calgary Flames in late September, it would have been completey understandable if the Finnish defenceman had decided to return to his home country and play for pay this season.

Instead, the Helsinki native returned to the Red Deer Rebels last week, intent on turning in a second straight WHL all-star campaign and hopefully drawing the interest of another NHL club.

“My goal was to come back here if I don’t sign a pro contract with the Flames during their camp,” said the 20-year-old. “I’m excited to be back and help the team win this year.”

Sedoff joined the Rebels in 2019 and scored five goals and collected 19 points in 61 games as a WHL rookie. He was ranked by Central Scouting and was expected to be selected in the 2020 NHL entry draft, but was overlooked despite playing in the CHL Top Prospects game that year.

He was unable to rejoin the Rebels the following season due to the pandemic and played junior and pro hockey in his home country.

Sedoff was back with the Rebels last year and was selected as a Central Division first team all-star after compiling 61 points (7g,54a) in 65 regular season games, in the process earning himself a spot on the Flames’ roster for the Young Stars Classic in Penticton, where he stood out as one of the team’s better rearguards.

“I think I have a very good tournament there. It was a good opportunity to show myself,” said Sedoff, who then attended the Flames main camp but was an early cut.

He was dejected at the time, but never harboured any ill feelings regarding the Flames.

“It was definitely a great experience being there,” he said. “Of course I wanted to be there a little bit longer, but I will bring that experience here, work hard and try to earn a contract.”

“We were not expecting it,” he said. “But any time you can add a guy of his sort of calibre to the mix . . . we already have a solid D corps, but having a guy like that who sets the standard every day is nice to get back.

“It seems like it was more of a numbers thing with Calgary. But Seds has come back with a real good attitude.” 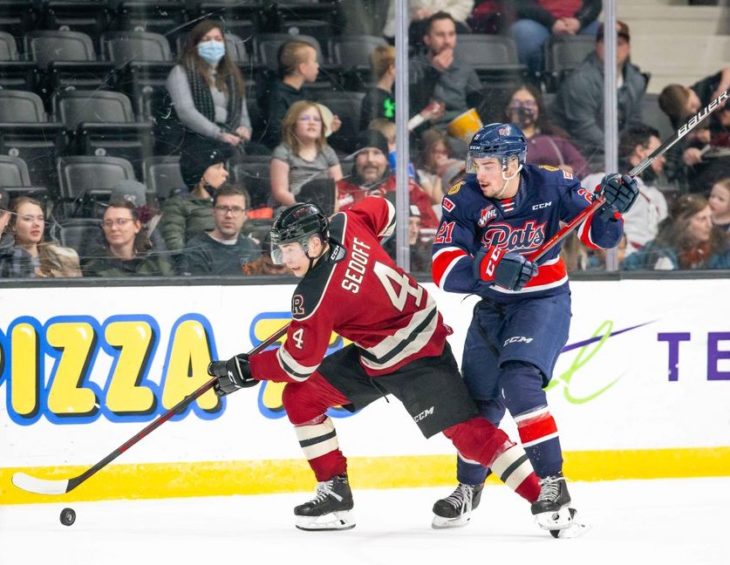 While Sedoff, who stands a shade under six-foot-two and tips the scales at 196 pounds, was never drafted by an NHL team, Egener suggested that should never spell the end of the road for the defenceman or any other undrafted player hoping to advance to The Show.

As he pointed out, last season’s WHL scoring champion, Arshdeep Bains, was able to garner a contract with the Vancouver Canucks as a 20-year-old undrafted skater.

“I think we have a great example with a player we had last year in Bainsy,” said Egener. “He’s a great example for all of our guys. It’s never too late, just come back with a good attitude and look to excel and improve upon last year.”

Sedoff has thoroughly enjoyed his time in Red Deer, part of his decision to return to the Rebels for one final WHL season.

“It’s been very good here. The coaching staff is very good and we have a very good team this year,” he said. “We have to keep moving forward and keep building a winning mentality.”

Sedoff played his first WHL game of the season last Saturday, collecting an assist in a 4-2 win over the visiting Regina Pats.

“I think we play good together the first game,” said Sedoff. “We complement each other very good and both of us have some offensive abilities. We just have to pick the spots when either of us can jump into the rush.

“I think our back end is very strong this year and I just think overall we’re quite strong as a team, very deep this year.”

The Rebels defence is indeed one of the league’s best which had made Egener’s job that much more enjoyable this season.

“There’s a lot of talent here and it’s a lot of fun working with them so far,” said the former Calgary Hitmen defenceman who also played at the pro level in North America and overseas.

“Even at this level these guys have so much to learn still so you hope that you can leave your mark with them and continue to try to help them with the finer points of defending and playing defence.”