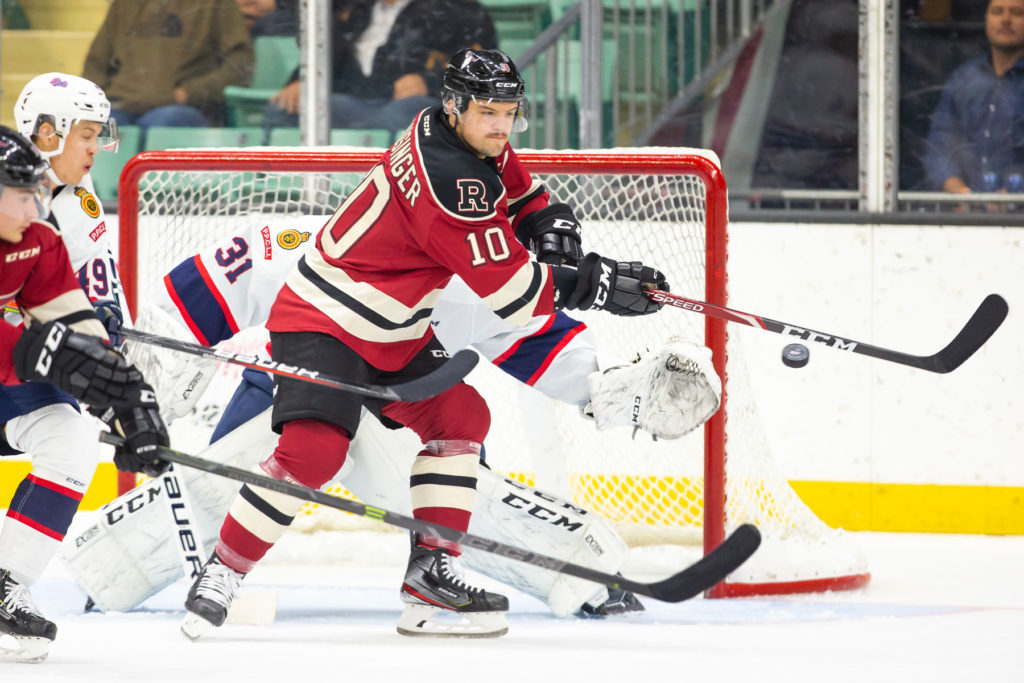 Turnovers, giveaways . . . call them whatever, but the Regina Pats took advantage of more than one while posting a 6-5 WHL shootout win over the Rebels before 3,638 fans.

The Rebels notched a pair of goals less than three minutes apart to assume a three-goal lead in the second period, then watched as the Pats pulled to within one before the end of the frame.

Looking back, it was that ugly second-period stretch that paved the road to the Rebels downfall.

“It had everything to do with our second period. You’re up 4-1, just stay with your game, keep doing the things we were doing.

“We were playing well, then we started doing things that have hurt us in the past . . . putting pucks in the middle of the ice, throwing pucks on our backhands, too many turnovers in the neutral zone, not getting pucks behind their defence.

“Then what happens with that is we start taking too many penalties and they get momentum off that. They took the momentum from us and got life.”

Zak Smith put the home side up just 36 seconds into the contest, grabbing a bouncing puck in the low slot and firing a shot off the post and past Pats netminder Danton Belluk.

Rebels rookie Ethan Rowland then scored his first-ever WHL goal on a pretty play, zipping in behind the Regina defence, hauling in a nifty feed from Chris Douglas and putting a backhand deke on Belluk.

Ty Kolle brought the Pats to within one three minutes into the second period, his power-play point shot handcuffing Rebels goalie Byron Fancy, but the Rebels responded with back-to-back markers from captain Dawson Barteaux and Cam Hausinger to go up three goals.

Barteaux took a cross-ice feed from fellow blueliner Christoffer Sedoff, waited for an opening and whistled a shot from the top of the right circle at 6:40.

Just over two minutes later, Hausinger deflected a point shot by Mason Ward for his second goal of the season and the Rebels appeared to be in good shape.

But former Rebel — and now Pats captain — Austin Pratt potted a similar goal just past the midway point of the period and Robbie Holmes made it a 4-3 game when he caught the top half of the net from the high slot with just over a minute remaining in the frame.

“I saw a good compete level from us for the most part and then some bad hockey in the second period with some bad turnovers and playmaking decisions,” said Hausinger. 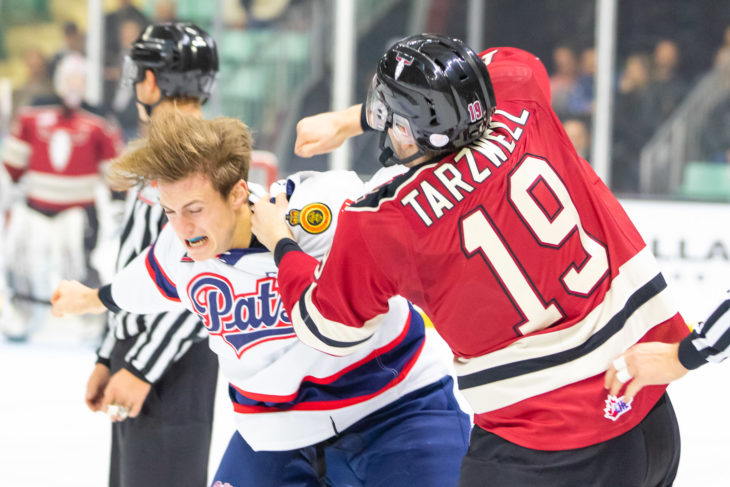 The visitors pulled even a mere 1:16 into the third when Carter Massier won a battle along the half wall and fed Ryker Evans who was streaking to the net.

Hausinger’s second of the evening, a rebound goal on the power play with 2:47 remaining, restored the Rebels’ lead, but the Pats got a fluke goal from Pratt with 15 seconds left to force a scoreless overtime. His centering pass from the end boards deflected off the skate of Red Deer defenceman Ethan Sakowich and past Fancy.

“You don’t have to score pretty goals in this league,” said Sutter. “Their tying goal, he just threw it on the net and it went off a skate.

“But we want to be a team that wants to feather passes, everything has to be a pretty play. That’s why we get outshot so many nights, because we don’t put enough pucks on net.

“We want to make the pretty play and it hurts us offensively. But you score five goals, you should win the hockey game. That tells you where you have to get better.”

All three Regina shooters — Kolle, Pratt and Zach Wytinck — connected in the shootout, while Brett Davis and Hausinger found the back of the net for Red Deer and Arshdeep Bains was stopped.

“We got off our game tonight in the second and it hurt us,” said Sutter. “We let the momentum get away from us, gave them life and now you’re in a tight game going into the third.”

The game was a fast-paced, rugged affair, with the first period featuring a pair of fights following some crunching checks.

“I thought the team did a good job of standing up for each other,” said Hausinger. “That’s the kind of team we need to be.

“We have a good group here tightness-wise. I think we all love each other and we all are pretty tight together.”

Fancy finished with 32 saves, while Belluk turned aside 24 shots.

The Rebels were one-for-four on the power play, the Pats one-for-six. The three stars were (1) Hausinger, (2) Pratt and (3) Wytinck.