Sakowich Grinding Through A Busy Summer

No one can say Rebels defenceman Ethan Sakowich has been taking it easy this summer.  He’s been busy getting ready for his final season in the Western Hockey League and making some money.  Sakowich is from Athabasca, AB, but spends a lot of time in Edmonton.  Being away from home is nothing new to him, he played two years of AAA bantam and two years of AAA midget in Fort Saskatchewan before coming to the Rebels.  His first year of AAA midget in Fort Saskatchewan, he was a teammate of former Rebels player Brandon Hagel.

Sakowich gives us the update as to what he’s being doing since the season ended.

“I’ve been working and training in the city (Edmonton). I was fortunate enough to get a job from Dwayne Hagel, Brandon’s dad.  He understands the lifestyle that we live as hockey players, so I’ve been able to get my training in around my work, which I’m very grateful for.  It’s tough to do that in the summer,” says Sakowich.  “I’m working at Boyd Distributors.  I do all the labour jobs and get decking orders ready for customers.”

But before putting in a hard day at the warehouse, Sakowich has been getting his time in at the gym too.

“I’m training at 7AM at RVX Factor in Edmonton.  I’ve been with them since I was 12.  I train there in the morning, then off to work until 5PM. It’s fun training there, we have lots of players from the WHL, there are always rivalries, but we know each other well off the ice, so it’s good,” explains Sakowich. 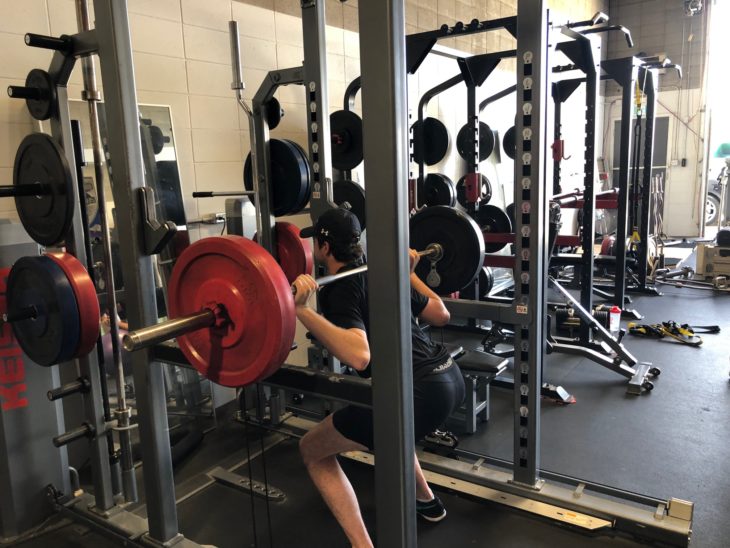 “When I was younger, my parents used to drive me back and forth, but that gets difficult.  I’m fortunate that I have an aunt that lives in the city and I can live with her.  She cooks for me, it’s awesome living there,” says Sakowich.

Not that he has a lot of extra time, but Sakowich lets us know what he does with his down time.

“During the week, it’s pretty busy for me working out and working a job.  I stay in the city the whole week.  I try to get back to Athabasca as much as I can on weekends if I’m not skating.  I try to go to the lake on weekends and I enjoy playing in slo-pitch tournaments too,” says Sakowich.   “We have a bunch of lakes around Athabasca, a few times we will go to Lac La Biche, that’s about an hour away.  It’s a really nice lake, but we have so many around Athabasca that we can choose whichever we are feeling like that day,” explains Sakowich. 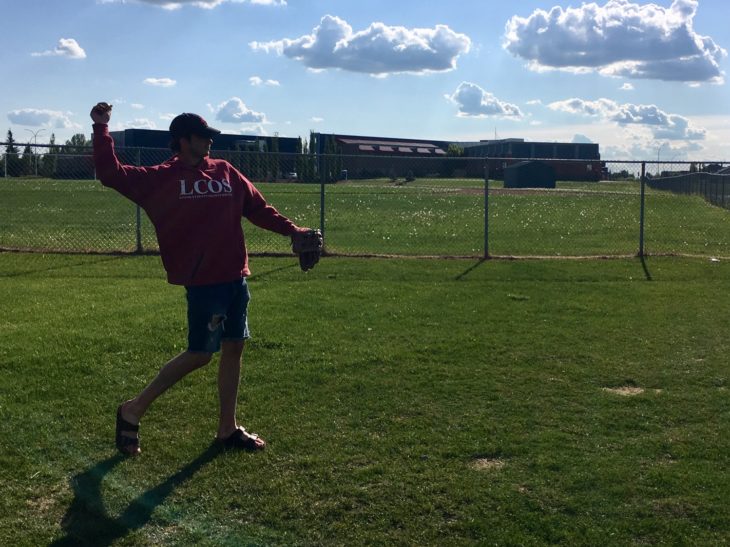 It’s hard to believe, but Ethan Sakowich will be going into his fourth season with the Rebels.  He was a 3rd round selection of the Rebels in the 2014 WHL Bantam Draft.  He’s looking forward to his 20-year old year.

“I’m super excited for next season.  The first three years have gone by very fast. It’s sad to think that it’s my last year playing with these guys, but I wouldn’t change anything.  I’m happy to be going back with that same group,” says Sakowich.

The off-season goes by quick for the players when they are busy.  For Ethan Sakowich, training camp will be around the corner sooner than later.