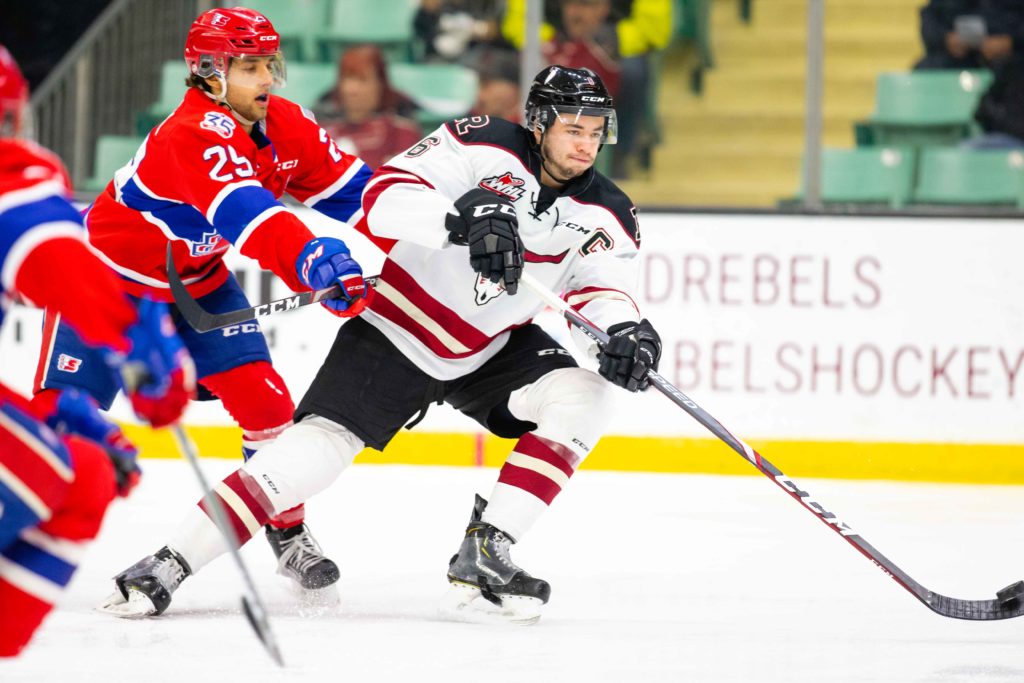 The veteran defenceman played his final game with the Red Deer Rebels on March 11 in Swift Current and shortly after was en route to his home in Athabasca due to the COVID-19 pandemic.

Sakowich, as one of two graduating players —along with forward Cam Hausinger — would have been feted following the Rebels’ final regularly-scheduled home game on March 20. Instead, he was denied that honour as Red Deer’s season ended five games short of the finish line.

He did, however, get to bid adieu to his teammates, albeit not in the traditional fashion.

“It was definitely different than in the past,” said the six-foot-two, 190-pound rearguard. “We were lucky enough, because we had our last few games cancelled, to get together as a team a bit.

“But the circumstances were definitely different this year. It was not what I was expecting which was kind of tough.”

Drafted by the Rebels in the third round — 46th overall — of the 2014 draft, Sakowich, who played bantam and midget hockey in Fort Saskatchewan, played four games with the WHL team during the 2015-16 season, then was a regular for the next four years.

An honest and hard-working Rebel from the get-go, Sakowich progressed nicely from season to season, not only from a defensive standpoint but also offensively.

He enjoyed his best season as a 20-year-old, scoring 11 goals and adding 17 assists for 28 points in 63 games while serving as the team’s captain over the final two months and change.

Sakowich insisted it was an honour to play his entire WHL career — a total of 284 regular-season and playoff games — with the Rebels.

“It was awesome. I can’t thank Red Deer and the Sutter family enough,” he said. “I was fortunate enough to play my whole career there and lots of WHL players can’t say that.

“I was even more fortunate that it was in Red Deer. They accepted me right away, the team, the fans, my teammates . . . I really appreciated everything that Red Deer did for me.

“It was just a good fit for both of us. I was able to play close to home and my family was able to come to a lot of games. Yeah, it was just awesome.”

Sakowich wore an ‘A’ on his jersey this season until Jan. 14, at which time he was named team captain. The appointment came four days after the Rebels dealt former captain Dawson Barteaux to the Winnipeg Ice.

“He and Barts (Barteaux) were such steady guys for us, but we had to make a tough decision at the trade deadline,” said Sutter of the trade that netted the team four second-round bantam draft picks. 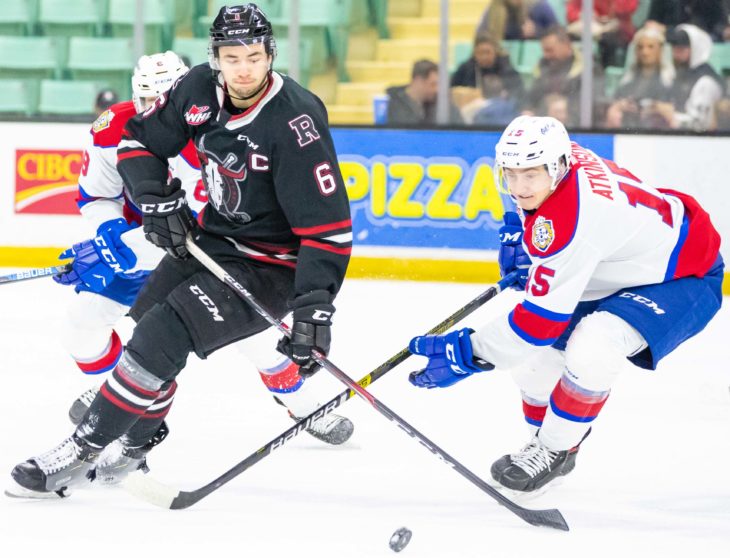 Barteaux’s departure left a gaping hole on the Rebels’ blueline, but Sakowich played his best hockey of the season as the new captain and easily filled the leadership role.

“Sak took his game to another whole different level after that (trade),” said Sutter. “I thought he was outstanding. He played awesome.”

For his part, Sakowich enjoyed playing mentor to the long list of Red Deer rookies, not just as captain but during the entire season.

“I had to take on a bigger role this year with the young group that we had,” he said. “But I was definitely proud of the team and how everyone progressed individually through the year.

Sakowich attended the Boston Bruins prospect camp on an invitational basis in 2017 but will not likely be pursuing a pro contract anytime soon. Instead he’ll play hockey at the university or college level next season, whenever that rolls around.

He’s already decided on a certain university or college but wouldn’t reveal the school as his commitment has yet to be officially announced.

Since Sakowich plans on being back on the ice in a competitive fashion as early as next fall, it will be imperative that he maintain his fitness level over the coming months.

With gyms and rinks shuttered everywhere, that will be a challenge in itself.

“It’s going to be different,” Sakowich acknowledged. “I have worked out with the same trainer for eight years in Edmonton. If that’s not possible this year I have to put it on myself to stay around Athabasca and get in my own workouts.

“I worked out with Ryan Vigneau at RVX Factor and in my opinion he’s the best trainer in Edmonton. I picked up a lot of good things from him so I think I’ll be all right with training myself. I just have to make sure I stay on top of it.”

For now, Sakowich — like most of the country’s population — is passing the time in a self-imposed quarantine.

“I’m just hanging out at home with the family. These are definitely different times.”