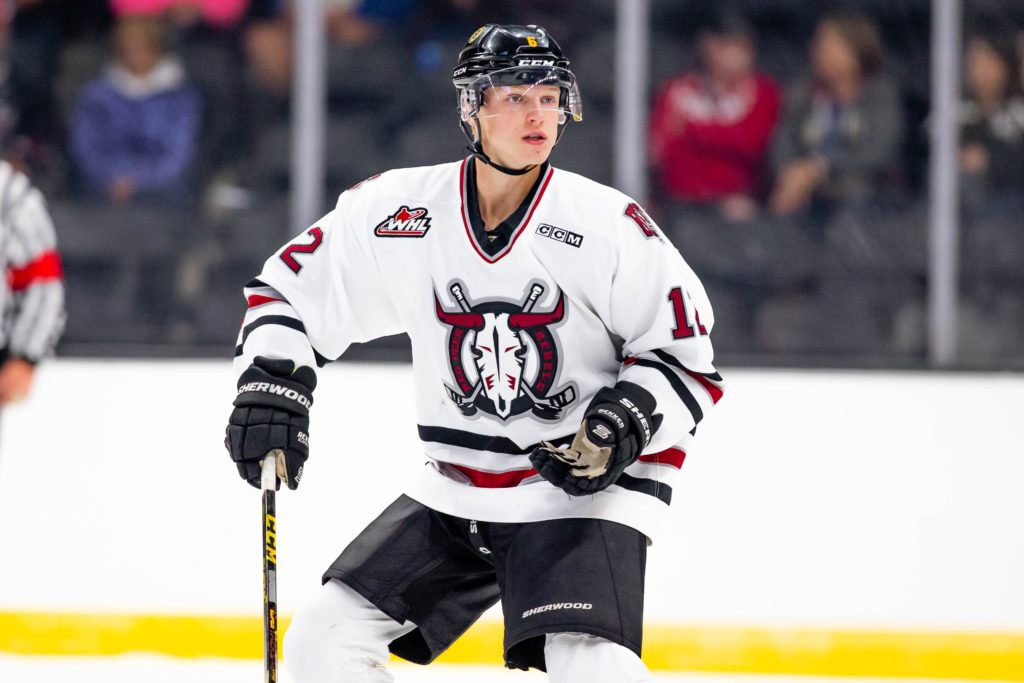 It was a former Red Deer Rebel who helped Carson Birnie become a present day one.

Birnie played under the guidance of head coach Jeff Smith — a member of the Rebels’ 2001 Memorial Cup championship squad who was in Red Deer for four years — while with the U18 AAA Estevan Bears the past two seasons.

“He (Smith) was big into skills but he was also team first, everything was team first,” the Rebels rookie forward said Tuesday. “He was a good coach, he taught me a lot and I definitely picked up a lot of things that got me here.

“A couple of sayings that came from the Rebels were posted on the wall of our room last year, so that was pretty cool.”

Birnie, 17, was selected by Red Deer in the eighth round, 106th overall, of the 2020 WHL Prospects Draft after scoring 28 goals and collecting 67 points in 29 games with the U15 AAA Regina Monarchs.

He signed with the Rebels in June of this year after recording 35 points, including 18 goals, in 43 games with the Bears last season. He contributed two goals and three points in six games during the pandemic shortened 2020-21 campaign.

“I found I improved physically last season. I felt I started laying the body a lot more throughout the year,” said Birnie, who also got into one SJHL playoff game with the Estevan Bruins in the spring.

“I got more confident as the year went on too . . . just kind of played my game and it ended up working our for me I guess.”

Smith, who was a physical force with the Rebels, played a prominent role in Birnie’s development in that area.

“Physicality was a big thing with him for sure,” said the Arcola, Sask., product. “We always took the body on our forecheck. He pushed that a lot.”

Birnie, who stands a shade under six-foot-one and checked into camp at 170 pounds, stood out in the Rebels Black and White intrasquad game, scoring twice and adding two helpers.

“My offensive game came a long way last year,” he said. “I found my shot got a lot better as we went on. The accuracy wasn’t always there, but it still came a long way.” 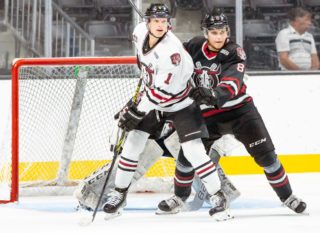 Birnie appeared in all four preseason games this month. He had four shots on goal in total and was held pointless.

While he’s confident the points will come, Birnie said he’s first and foremost a two-way player who takes pride in his defensive game.

“I see myself that way for sure,” he stated. “I can put pucks in the net but defence is my first priority.”

“He’s a big power forward. He has a lot of size and for our guys that’s important,” said Colville. “We have a lot of smaller, skilled, quick guys and he can really complement a lot of them while giving us some size and physicality down low.”

“He’s very responsible defensively,” said Colville. “Being a 17-year-old you kind of expect a little more from him at both ends and he’s shown it so far.”

Notable: The Rebels reassigned 16-year-old netminder Chase Wutzke to the U18 AAA Saskatoon Contacts on Monday . . . The Rebels open their 2022-23 WHL Regular Season this Friday in Edmonton, then host the defending league champion Oil Kings in the Red Deer Advocate Home Opener Saturday at the Peavey Mart Centrium.

Toque/Teddy Toss and Beer Night this Friday!
1 day ago