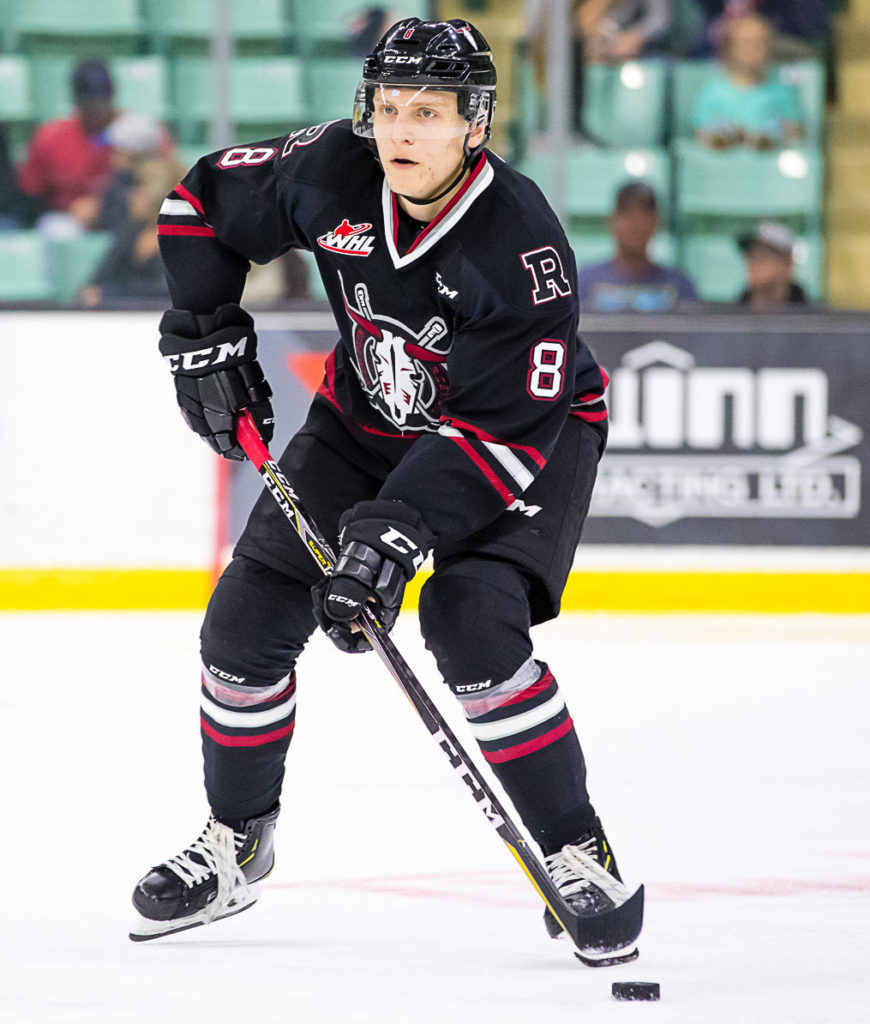 “We have a young team and we need to be able to play these kids,” Sutter said Tuesday, after dealing Herauf to the Victoria Royals in return for a second-round pick in the 2020 WHL bantam draft, a sixth-round selection in 2021 and a conditional fifth-round pick in 2022.

The trade, along with Tuesday’s reassignment of netminder Eric Ward to the Drayton Valley Thunder of the AJHL, reduced the Rebels preseason roster to 25 players. The number includes captain Dawson Barteaux, who’s attending the Dallas Stars prospects camp.

“They’re good players and we have to let them play,” said Sutter of his younger skaters. “At the same time a guy like Jake wouldn’t be happy here with his role. This allows him to go somewhere where he can perhaps have a different role and play different types of minutes.

“Like all trades you hope they work out well for both teams and hopefully this will be good for Jake. It also allows us to play our young kids.”

Herauf was Red Deer’s first-round pick in the 2015 bantam draft and is entering his fourth season in the league. The six-foot, 194-pound blueliner appeared in 173 games with the Rebels, scoring three goals and adding 26 assists.

With his experience, it’s likely there was always going to be a market for Herauf.

“It’s just whatever teams need at the time,” said Sutter. “This was a situation where we had an opportunity to work with Cam (Royals general manager Hope) and try and get this done.”

The Rebels put the wraps on their preseason schedule this weekend, hosting the Medicine Hat Tigers Friday and visiting the Calgary Hitmen Sunday.