Rebels will return a promising group next season, with room for a few rookies 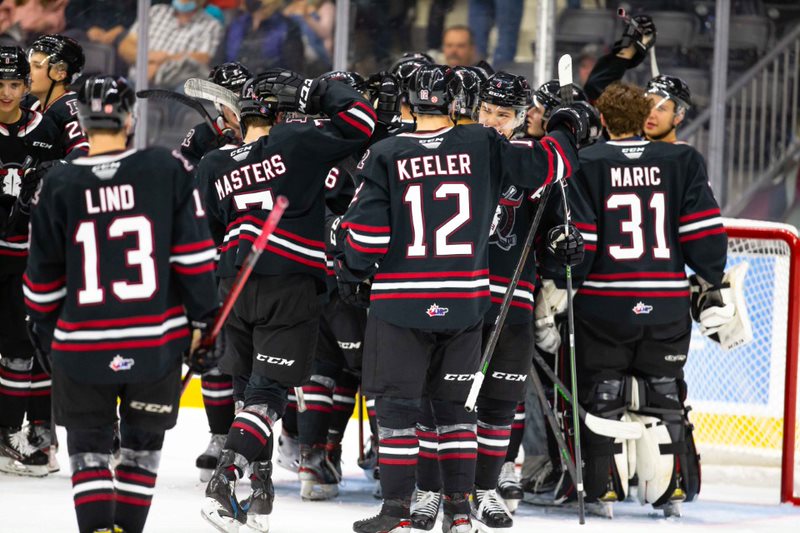 Considering where they were the previous year, the Red Deer Rebels enjoyed a very successful 2021-22 WHL season.

And the best may be yet to come.

But first, from the viewpoint of general manager Brent Sutter, a look at the Rebels’ season that ended nearly a month ago at the hands of the Edmonton Oil Kings, who are now in the league championship series:

“We had a really good season, we found our way,” Sutter said late last week. “The coaches did a great job of preparing the players and keeping the kids in the zone.

“From the get-go, from training camp on they were dialled in and focused. There’s always an adjustment period when you bring in a new coaching staff and I thought the adjustments were made by the players. The reality is our regular season never had too many lulls.”

The Rebels never came close to resembling the crew that managed just four wins in the previous pandemic-shortened 23-game campaign. That team, to be fair, suffered some crippling injuries and this past season’s club steered mostly clear of that.

The Rebels took on the Brandon Wheat Kings in the first round of the conference playoffs and won a hard-fought quarter-final series. Sutter was impressed with how the players performed in the six-game set as well as the overall competitiveness of the match-up.

“The first round of the playoffs was some of the best playoff hockey I’ve ever seen,” he said. “Brandon, if they were healthy throughout the year they would have been right with us in the standings. Then they got healthy down the stretch and that’s what made the series so good.”

He had a different opinion of the semifinal clash with the Oil Kings, who rolled to a four-game sweep after posting shutouts in each of the first two games in Edmonton.

“If there was a disappointment, for me personally it was the fact I just didn’t think we played to the level we’d played the series before,” said Sutter. “We never got into the fight with Edmonton. We had spurts in the odd game but we never pushed at all to make a series out of it as far as our level of play for a full game.”

It didn’t help that the Rebels were minus the services of their No. 1 rearguard Christoffer Sedoff for the final two games of the series due to injury. In addition, regular starting netminder Chase Coward missed the last two games for the same reason.

Coward’s absence was filled in fine style by Connor Ungar but replacing Sedoff was impossible.

“When Seds got hurt we lost our best defenceman and then our goalie got hurt,” said Sutter. “But I thought Ungar played extremely well when he came in, in Games 3 and 4.

“Taking your top defenceman out affects you and we didn’t play to the level we needed to have in the second round. We knew our opponent was a very good team and that we’d have to outwork them. We just never got to that level.”

But overall, as Sutter pointed out, it was a very good season and the 2022-23 campaign could be just as successful if not more. 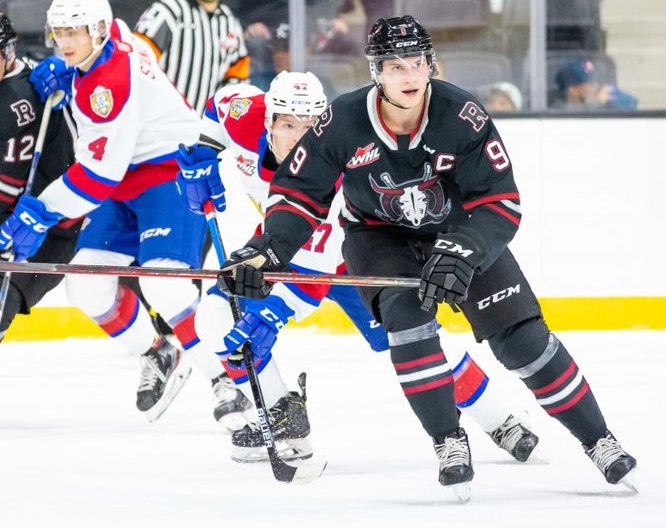 Of course, the Rebels will miss graduates Arshdeep Bains, who won the WHL scoring title, defenceman Jackson van de Leest and forward Liam Keeler, but could potentially return as many as 20 players in the fall.

Not all 20 will be on the season’s full-time roster due to what will likely be a few off-season trades considering the team could have six 20-year-olds to choose from.

Sutter might not move any of them prior to the start of the regular season due to the likely possibility of not knowing the paths of King and Sedoff, both of whom are NHL draft possibilities in July — King in particular — by mid to late October.

“We don’t know who’s going to be ready for pro hockey. Will King get drafted and put into the American Hockey League? The NHL team won’t have to sign him for another year so they could send him back to junior.

“The same with Seds, will he get drafted or get a camp invite? If neither player is ready for the AHL they’ll both be back.”

Coward, 19, will be joined in the crease by 18-year-old Kyle Kelsey, acquired in the Moose Jaw trade — with 16-year-old Chase Wutzke also in the mix — and could play in front of returning defenders Gustafson, Sedoff, Hunter Mayo, Jace Weir, Matteo Fabrizi, Kyle Masters and Sexsmith.

In the end, there will be at least one and possibly two newcomers on the blueline, depending partly on Sedoff’s availability.

Up front, Sutter and the coaching staff will be looking for big years from the likes of Kalen Lind, captain Jayden Grubbe (pictured above), Jhett Larson and Kai Uchacz and the continued development of Talon Brigley, Carter Anderson and possibly Frantisek Formanek, depending on which direction the team will take in the CHL import draft in July.

Again, there will be one or more newcomers in the forward ranks, with Ollie Josephson, who joined the Rebels late in the season, being a lock.

“I think we’ll have a pretty darn good team again,” said Sutter. “We’re at a stage now where we’re hoping we can be a very competitive team for awhile and to do that you have to bring in young kids every year.

“Steve used the bench well and developed players this season . . . the guys’ level of play as the season went on got more to the standards we expected.”

While the Rebels’ 2022-23 roster will be top-heavy in veteran players, Sutter suggested there may be room for a few rookies.

“We don’t know with the younger kids, it’s all about their training and how they prepare themselves,” he said. “You can’t project, they will decide that among themselves.”