Rebels vs. Hitmen; By the numbers, etc. 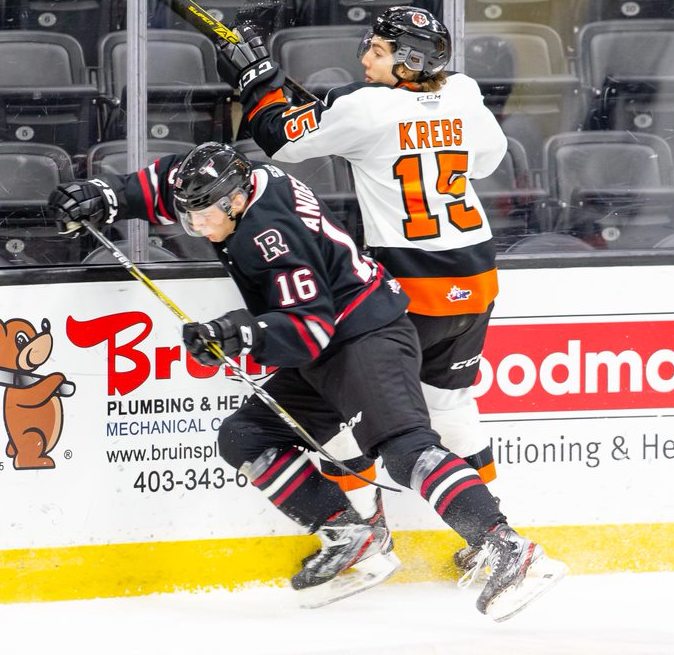 Win-loss records: The Rebels enter the contest with a 2-15-2-0 record and losers of their last 12 outings, while the Hitmen have won three of their last four games and own a 8-7-2-0 slate.

Notable — Hitmen D Luke Prokop was selected by the Nashville Predators in the third round of last year’s NHL entry draft. Teammate C Riley Stotts was a third-round pick of the Toronto Maple Leafs in 2018.