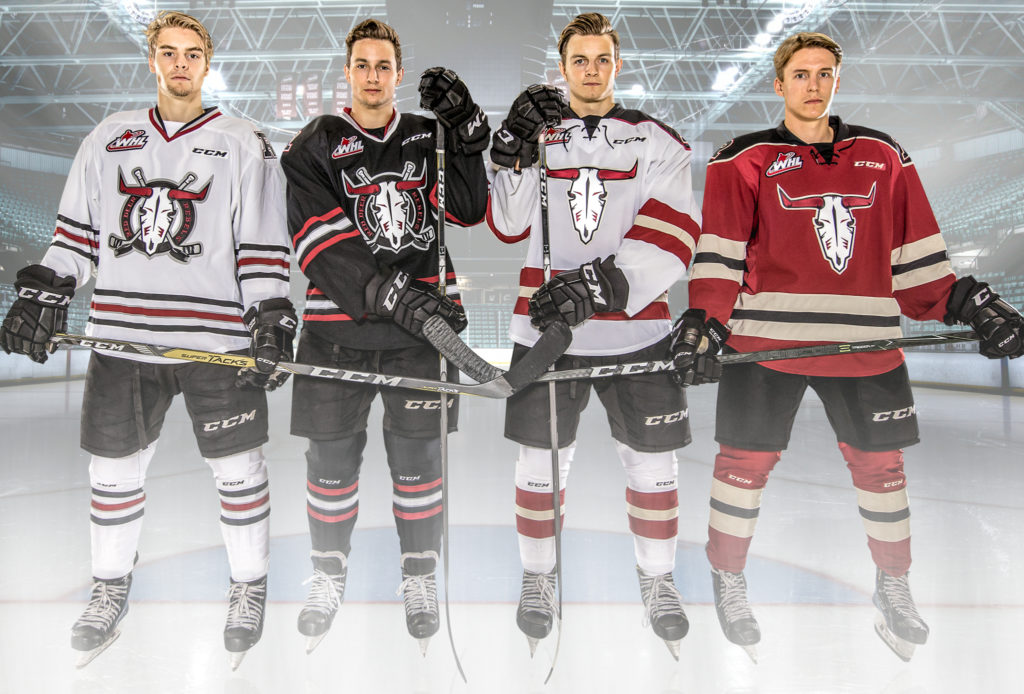 The Red Deer Rebels have announced today the latest addition to their jersey lineup.  To be worn for the first time on Nov. 18 against the Kootenay Ice, the Rebels “4th” jersey will serve as the alternate white jersey for seasons to come.  All 3 existing uniforms will remain in their current form.

“With the jersey reversal system in place across the WHL, it becomes difficult to wear our burgundy jersey in the second half of the season,” explained Rebels Sr. Vice President Merrick Sutter.  “The response to the alternate “skull” uniform by our fans and players has been incredibly positive, we wanted the opportunity to showcase that brand more consistently throughout the season.”

The new jersey is modelled after the burgundy alternate, with white serving as the base colour.

The new jerseys will be available for purchase when doors open for the Nov. 18 game against the Kootenay Ice.  After the game, Olymel will present the first Post Game Fireworks of the season!  Get your tickets at TicketsAlberta.com or RedDeerRebels.com.