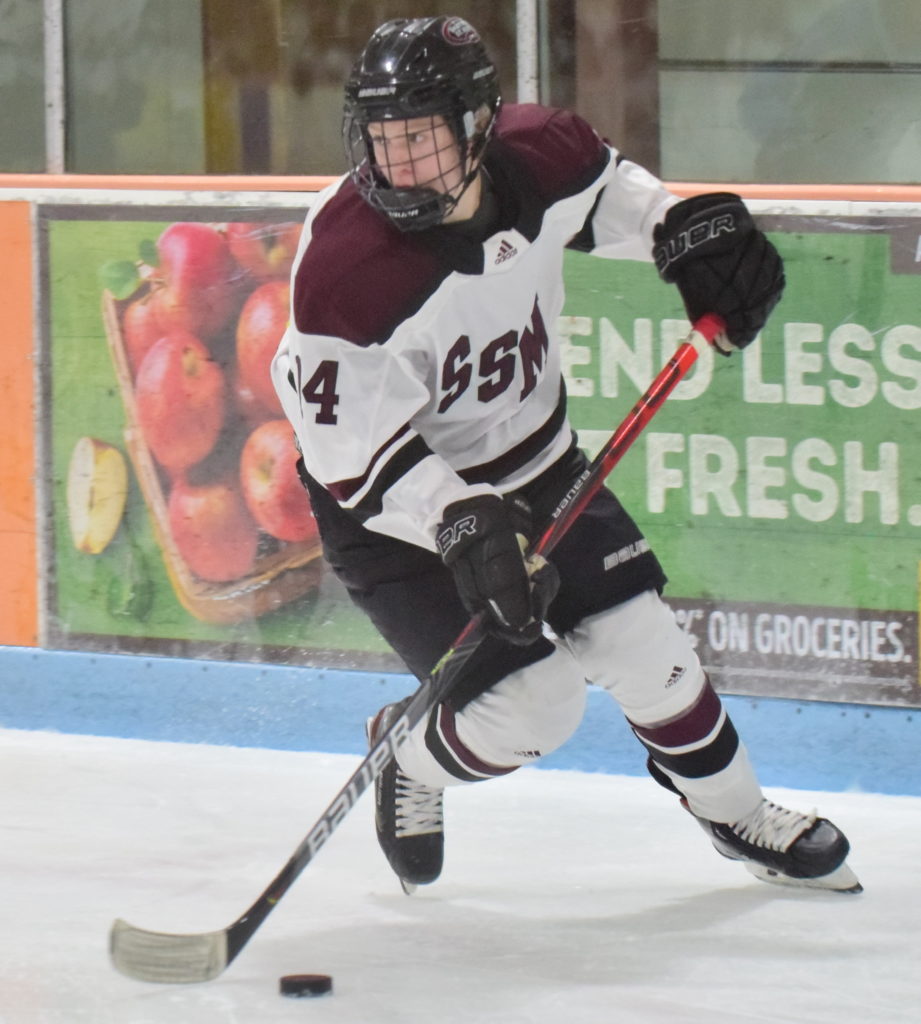 The Red Deer Rebels knew well before Wednesday’s U.S. Prospects Draft that Gracyn Sawchyn would be the player they selected first overall in the inaugural event.

Sawchyn was also aware of that fact, especially after the team sent him a Rebels jersey with his name stitched on the back. He had a hunch it might happen even before the jersey arrived, although the feeling was somewhat reserved.

“An agent who I was talking to at the time texted me and told me that Red Deer was going to pick me first overall,” the 15-year-old said on Friday from his home in Victoria, Minn., located just west of Minneapolis.

“I didn’t know if it was true or not. It was just really cool to know that I was a possibility for that opportunity,”

Sure enough, the Rebels grabbed the five-foot-eight, 130-pound centre with the draft’s initial pick and assistant GM/director of player personnel described Sawchyn as a player who has “an elite skill set and an elite brain for the game.”

Sawchyn, who last season scored 32 goals and collected 83 points in 54 games with the Shattuck St. Mary’s tier 1 bantam team, labelled himself as “a playmaker, a two-way forward who sees the ice well,” and a player who wants the puck with the game on the line.

“At crunch time, when there’s two minutes left or we’re down by one, I would be that player to put out there on either the penalty kill, power play or wherever the team needed me,” he said.

The youngster has yet to commit to the Rebels although he suggested he’d strongly consider attending the club’s training camp in August, if in fact the world is back in order by then.

“Possibly, most likely,” he said.

A factor that might work in the Rebels’ favour is the fact that Sawchyn, who relocated from Edmonton with his family three years ago, has strong Alberta roots with an uncle in Sylvan Lake and other relatives in the province.

“Most of my family is in Alberta,” he said.

In the event that the world-wide coronavirus pandemic is over by that point, Sawchyn will head back to Shattuck St. Mary’s next fall. The school, located in Faribault, about 60 km south of his home, is renowned for helping produce several NHL players including Sydney Crosby.

For now, the talented forward is sticking close to home and helping out with daily chores.

“I just hang out with my younger siblings, a three-year-old and a six-month-old sister. I help around the house with my parents,” he said.

He also keeps up with his school work via the internet and maintains a fitness regimen.

“I do homework on line and work out every day,” he offered. “I have a workout routine that I follow.”

The Rebels made a second selection in the two-round draft, taking forward Aidan Willis 44th overall. 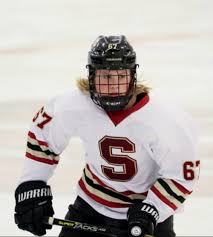 Reached at his Farmington, Minn., home, the 15-year-old described himself as “a complete winger, a complete defensive winger who can also play center.”

At five-foot-10 and 168 pounds, Willis doesn’t shy away from physical play as his penalty-minute total of 58 minutes in 43 games last season would suggest.

He’s also a talented skater who potted 32 goals and added 42 assists for 74 points with the nearby Lakeville South bantam AA team.

“I’m a power forward, a playmaker type,” he said.

Willis said he was “really excited” when he learned of his U.S. draft selection and is leaning towards attending the Rebels’ fall training camp.

“I can see myself coming to camp for the experience,” he said. “A lot of really skilled players will be there, some of them older, and just seeing what it will take to get to that (major junior) level would be the experience I need.”

Like Sawchyn, Willis will likely take his time before deciding on trying his hand in either the WHL or the NCAA if in fact a college hockey scholarship is offered.

“Either way would be a good route. College hockey and the WHL are equals as the way to go,” he said.