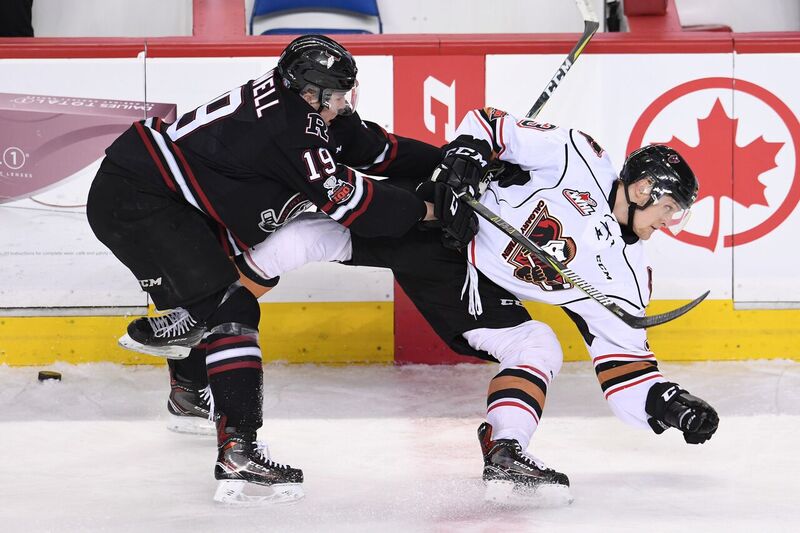 Hitmen 6 Rebels 2
CALGARY — The Red Deer Rebels were cruisin’ pretty through two periods Sunday afternoon at the Scotiabank Saddledome.
And then the wheels fell off.
“It’s like we were kicked right in the teeth,” said Rebels GM/head coach Brent Sutter, following a 6-2 WHL loss to the Calgary Hitmen in front of 8,465 fans in which the hosts scored all of their goals in the final period.
“For two periods we were good and then in the third we started out OK,” said Sutter, who watched a 2-0 lead after 40 minutes disappear early in the final stanza as Riley Stotts notched a power-play goal at 5:41 and Mark Kastelic buried a rebound 47 seconds later.
“(Brandon) Hagel takes an awful penalty 180 feet from our net. He doesn’t have his stick and he grabs a guy,” said Sutter, of the circumstances leading to Calgary’s first goal.
“They score on the power play and then they score shortly after on a battle around the net when we lose the battle . . . when we don’t play hard enough in a tough area. It just snow-balled after that. Everything that went at the net went in.”
Dakota Krebs gave the Hitmen a permanent lead at 11:42 and Jakob Stukel upped the count to 4-2 just under two minutes later.
“Their third one wasn’t a good goal, a wrist shot from the point goes in the net. And their fourth goal is just a shot coming off the boards,” said Sutter.
Stukel made it 5-2 with an empty-net marker at 19:32 and Zach Huber potted his second of the season — with Anders back in the Red Deer net — 14 seconds later to add insult to injury.
“At the end of the day we lacked work ethic and discipline and we had some bad goaltending in the third,” said Sutter, whose squad was outshot 22-6 in the final frame and 41-28 overall.
“When you give up 20 some shots in a period it shows you what the work ethic was like for the rest of the group. Our forwards weren’t good at all in the third. The (Kristian) Reichel line was terrible. They didn’t do anything, just stood around and watched and were on the ice for I believe three goals against. And they’re supposed to be our top players.”
The visitors dominated the opening frame, aiming 17 shots at Hitmen netminder Mathew Armitage. But Red Deer was up just 1-0 after 20 minutes on a power-play goal by Hagel, who picked the top corner of the net from the edge of the crease.
Reese Johnson doubled the Rebels lead at 11:02 of the second period, beating Armitage top shelf on a two-on-one break. 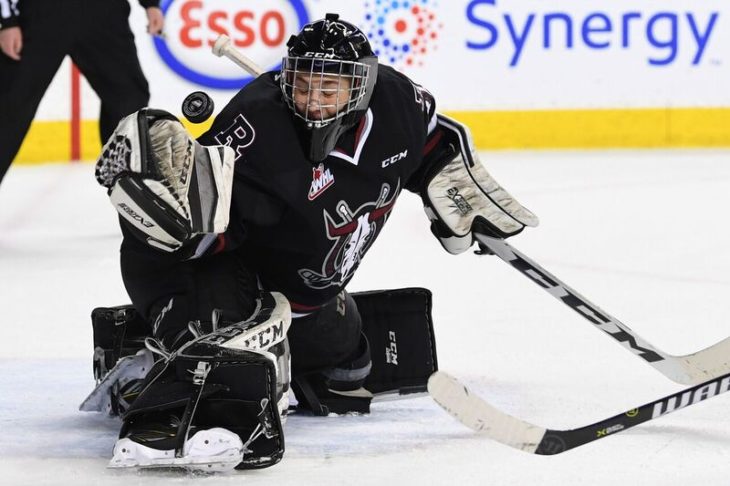 The Hitmen came on strong late in the period and then cashed in big time in the third.
While the Rebels suffered their second loss in as many nights, they didn’t lose any ground in their quest for landing the third and final playoff spot in the Central Division. Red Deer started the day seven points ahead of the Kootenay Ice for third spot and kept that advantage when Kootenay fell 4-3 to Medicine Hat at Cranbrook.
But what transpires away from his own club isn’t Sutter’s biggest worry. For now, he’s dialled into getting his own squad back in gear.
“The concern I have is getting our group to play the way they’re supposed to play again,” said the Rebels boss. “We’ve been under .500 since we came back off that (4-0 B.C. Division) road trip, and that’s not good enough.
“If your best players aren’t going to be your best players every night, then you need good goaltending. If everyone doesn’t play the role they have to play then we’ll do the same things we’ve been doing. If we’re not playing at the level that’s needed, we’re going to lose games.”
The Rebels are idle until Friday when they travel to Lethbridge to take on the Hurricanes. Red Deer hosts Medicine Hat 24 hours later.