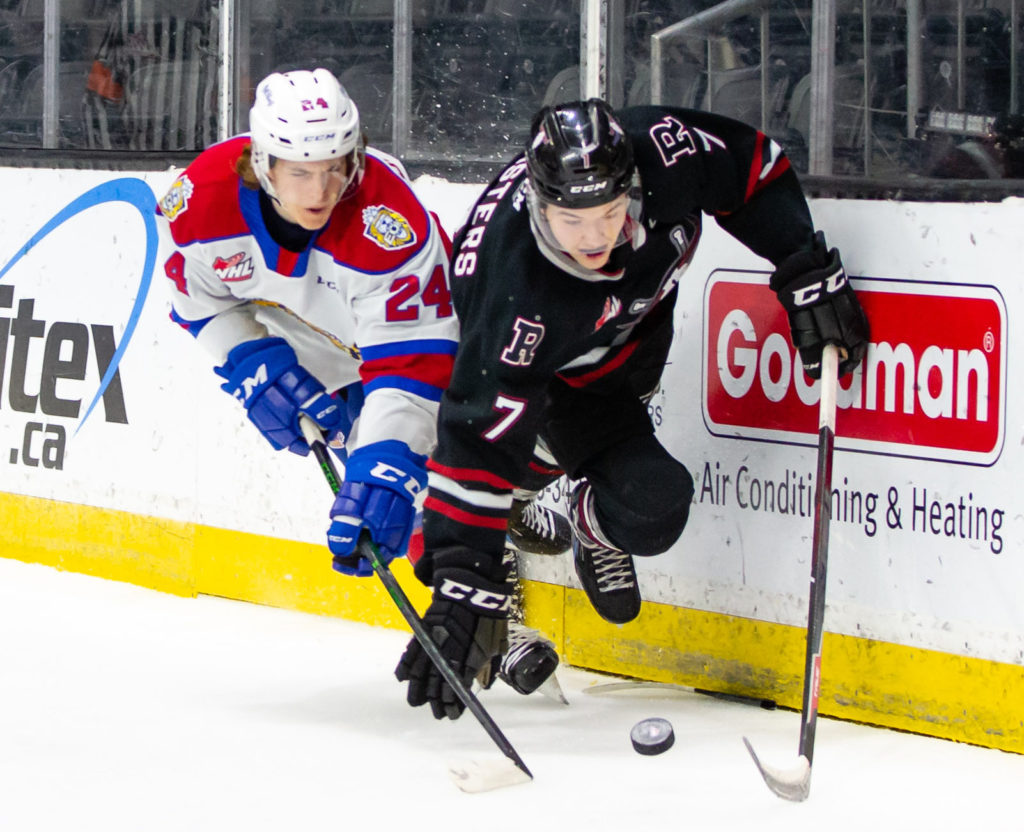 The Red Deer Rebels dug themselves a rather deep hole on Monday night and were looking up for the remainder of their WHL Central Division clash with the Edmonton Oil Kings.

The Rebels were outshot 20-1 and outscored 3-0 in the opening frame of the contest and never recovered from the slow start, falling 6-1 at the Centrium.

“The first period might have been the worst period we’ve played all season,” said Rebels GM/head coach Brent Sutter.

“We didn’t have any jump or emotion in our game at all and we hardly touched the puck because of that. The compete level wasn’t there, we didn’t play hard enough.”

After Kaid Oliver scored from a scramble, the visitors got a pair of late opening-period markers from Dylan Guenther. Edmonton’s top point producer connected from 35 feet out following a turnover inside the Red Deer blueline, then notched his 12th of the season 83 seconds later, cutting around a defenceman and beating netminder Ethan Anders low to the glove side.

The Rebels were far more competitive in the middle frame and pulled to within two on a power-play marker from Arshdeep Bains at 16:52. The veteran forward wired a high shot from the top of the left circle past netminder Sebastian Cossa.

But the Oil Kings replied in the final minute of the period, with Jalen Luypen scoring from the right circle.

“In the second we were much better,” said Sutter. “You make it 3-1 and then have a quality scoring chance you don’t capitalize on. Then we give up a goal where we don’t gap up properly and let their guy get a clear shot on our goalie.”

The Oil Kings put an exclamation mark on their sixth consecutive 2021 win over the Rebels with a pair of early third-period goals. Luypen scored on a breakaway from the blueline in at 1:45 and Kaid also added his second of the night at 6:04, catching the top of the net following a point feed from Logan Dowhaniuk.

“The goals in the third period you could say were mistakes from young defencemen who are still trying to learn to play the right way,” said Sutter. “And when you play a good team like that, arguably the best team in the league, they’re going to make you pay for those kinds of mistakes.

“At the end of the day you kind of get what you deserve. You have to be competitive in all three periods. When you’re not you normally lose the period and we certainly lost the first period. We kind of shot ourselves in the foot right from the get go and just didn’t recover very well after that as far as generating offence.

While being swept 6-0 in the season series with Edmonton, the Rebels were seldom able to establish a presence in the low slot. 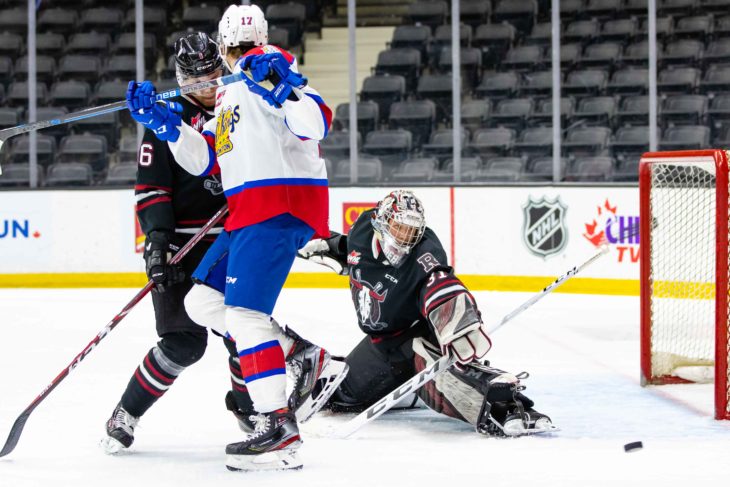 Sutter liked what he saw from rookies Kalan Lind, Jhett Larson, Carter Anderson and Jace Weir as well as second-year defenceman Kyle Masters. He was not, however, enamoured with the performance of several veterans.

“We just need more from our 18-, 19- and 20-year-old players,” said the Rebels boss. “That’s the bottom line. We need more contributions from them at different levels. Because things aren’t going perfectly for them early they’ve taken their foot off the pedal here and it’s affected us.

“We’ve addressed it with them. We’ve talked about it and shown them different things. Eventually they have to go out and want to do it.”

The loss dropped the Rebels to 2-9-2-0 with 11 games remaining in the season.

“We just have to keep working. We have another month of this and we need to get some confidence,” said Sutter, whose team will engage the Calgary Hitmen in a three-game series on Friday and Monday at the Centrium and on Sunday in Calgary.

“It’s not just about wins and losses, but how you lose. I’ve been around the game a long time and I’ve said this a thousand times — you never learn how to win until you hate to lose. We need to get the guys to push themselves so they can get into that mindset.

“These young kids are still learning and we need more from the older group.”

Notable: The Rebels were one-for-four on the power play and four-for-four on the penalty kill . . . Cossa made 15 saves while posting his 10th win of the season for the 12-1-0-0 Oil Kings. Anders turned aside 29 shots at the other end . . . With the Rebels down to five defencemen due to injury, forward Ben King moved back to the blueline.

Stepping down as head coach in best interest of players: Sutter
20 hours ago