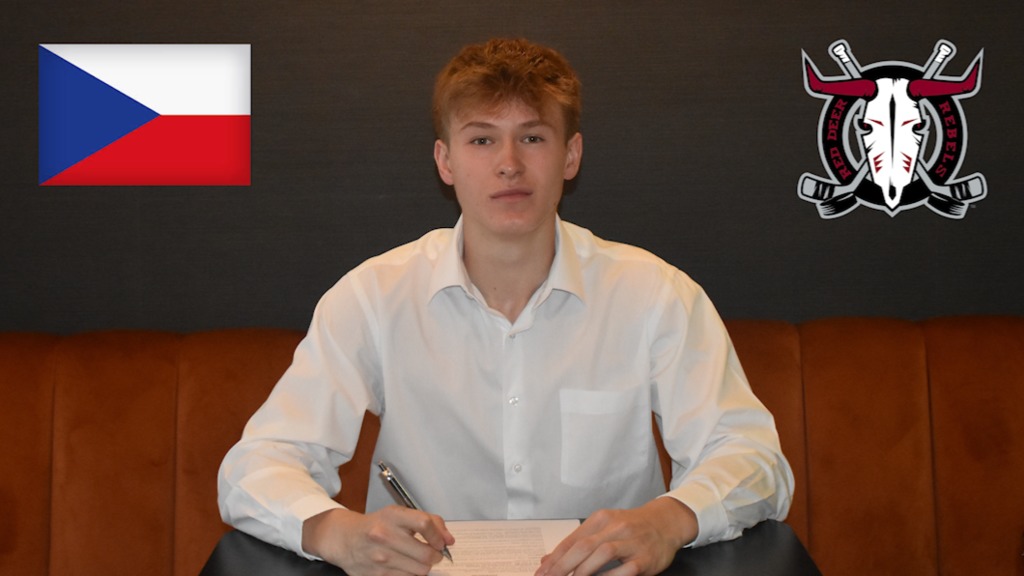 Port, who turns 17 years of age on August 3, was Red Deer’s first-round selection in the 2022 CHL Import Draft earlier this month.

The product of Jihlava, Czechia split time with the Sparta Praha U17 and U20 squads during the 2021-22 campaign, recording five points (2G-3A) at the U20 level in 21 appearances.

Czech defenceman Vojtech Port, our first round pick at this year's CHL Import Draft, has officially signed with the Rebels