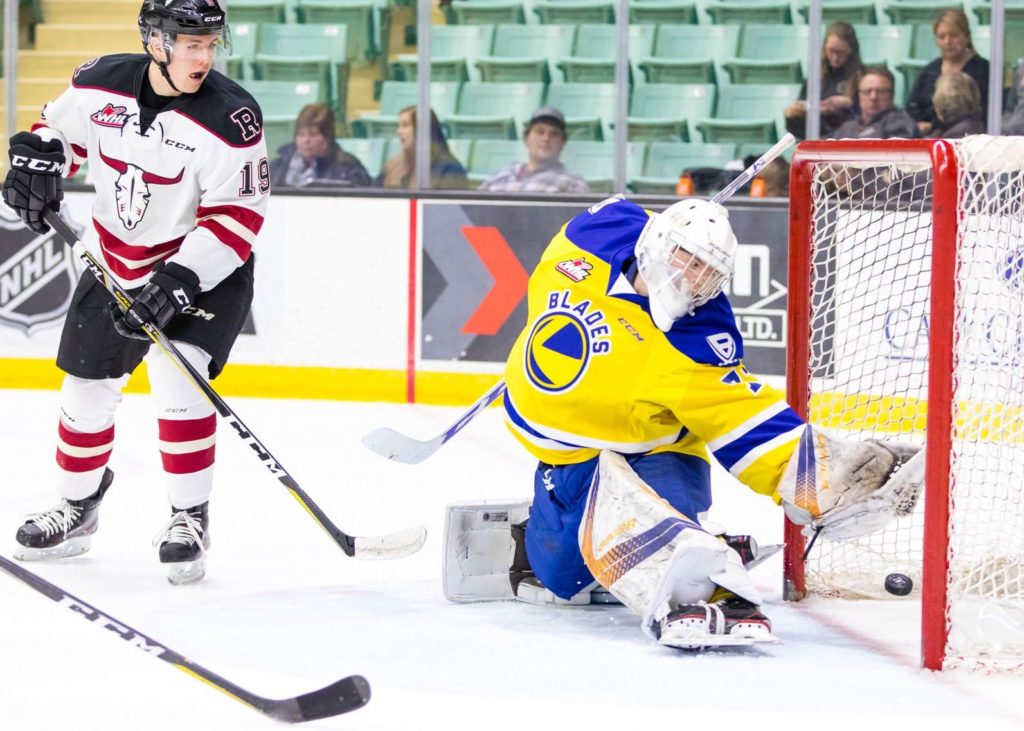 The players are digging their new digs and doing so in a true team-like fashion.

Under the supervision of Rebels senior vice-president Merrick Sutter and hockey operations assistant Arie Postmus, the players have settled into their new homes — the Centrium’s private suites — and are following a strict schedule during the week while helping prepare meals and even watching movies and NHL games on the new jumbotron in the evening.

“The kids work in groups each day. They take turns helping with the meals and cleaning up. The kids have been awesome. It’s been really good.”

Following a catered breakfast, the younger players still enrolled in high school attend to their studies in the downstairs media lounge in the morning while the non-school athletes conduct morning workouts.

Dinner is served at 6:30 p.m. and the players can then indulge in various past-times with the availability of basketball hoops and ping pong tables in the concourse, or settle into their suites to enjoy some entertainment on the largest of screens.

“A couple nights ago they watched a movie and last night they watched the NHL games that were available,” said Sutter.

The practice sessions have been upbeat affairs following nearly a year-long layoff. The Rebels’ last game was March 11 of 2020, a contest that was immediately followed by a league-wide shutdown due to the still ongoing COVID-19 pandemic.

Sutter said the coaching staff has yet to approach the subject of naming a captain and alternates.

“We haven’t talked about that. We’ll probably just rotate the letters among the older guys,” he said. “It’s probably the right way to do it with the kind of team we have and the season being just 24 games.”

Following a four-day quarantine in a Red Deer hotel and negative COVID test results, the players checked into the Centrium last Friday and will remain housed in the facility for the duration of the season, which will likely run until early June, excepting possible playoff games.

The Rebels will open Feb. 26 versus the visiting Medicine Hat Tigers. Red Deer will pay a return visit the following day.

The Rebels will then play a home-and-home set with the Calgary Hitmen March 5 in Calgary and March 6 at the Centrium. Both home games will start at 6 p.m.

There will be no spectators allowed in the Centrium in the shortened 2021 season.

Stepping down as head coach in best interest of players: Sutter
22 hours ago