Rebels run into hot goalie in 2-0 loss to Hitmen 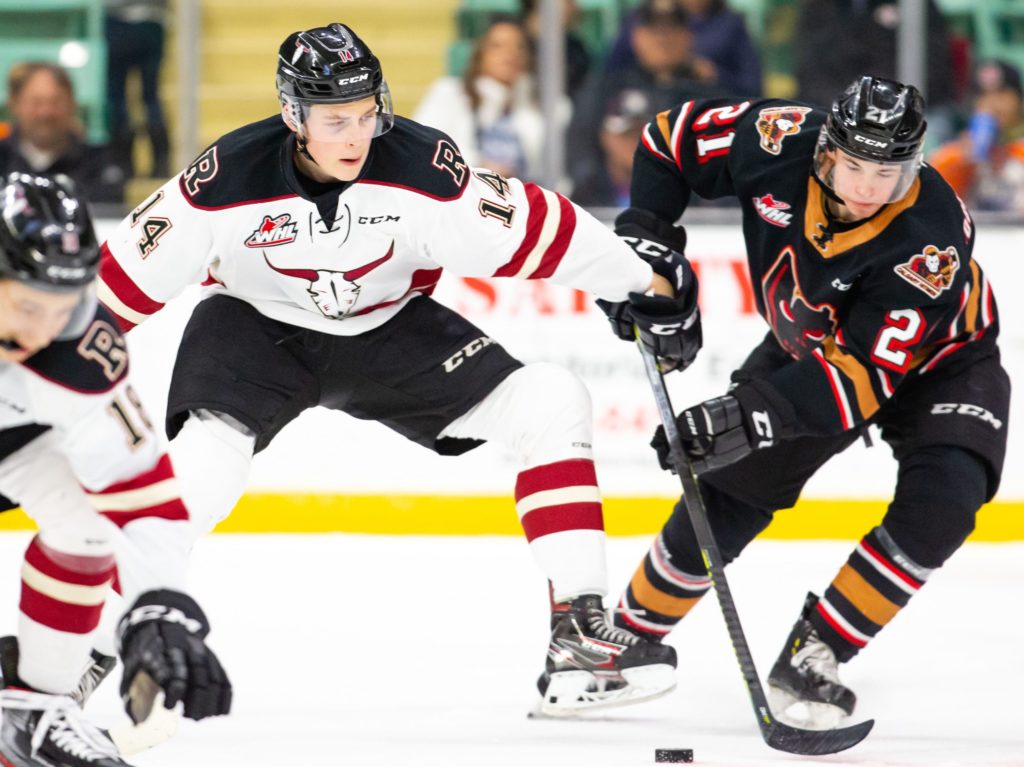 But the visitors couldn’t find the back of the net — thanks mainly to a handful of sparkling saves from Hitmen netminder Brayden Peters — and fell 2-0 at the Seven Chiefs Sportsplex & Jim Starlight Centre.

Peters stopped all 27 shots he faced and was rightfully selected as the game’s first star.

“I thought for a lot of the game we actually played pretty well. Their goalie was, no question, outstanding,” said Rebels GM/head coach Brent Sutter.

“As the game went further and further along we played well. I had no complaints with our work ethic and compete level. We just didn’t score. Their goalie made some big saves.”

The Hitmen got the only goal they needed at 14:30 of the opening period when Sean Tschigerl stepped out of the penalty box, gobbled up a stretch pass from Riley Stotts and beat Rebels goalie Ethan Anders on a breakaway.

Defenceman Tyson Galloway notched what proved to be an insurance marker early in the second period when his clearing shot from deep in the Calgary end bounced off the side boards inside the Red Deer blueline and somehow found its way past Anders.

“That was a tough goal to give up,” said Sutter. “It was a freak thing. I was telling the guys after the period that I had never seen that before.

“The puck came off the boards and slowed down. I think Andy thought he didn’t want to touch it with his stick, he thought it was going to go for icing. He lifted his stick and the puck slipped between the post and his skate and pad and went in the net.”

Meanwhile, Peters turned aside everything the Rebels threw at him, making big time saves on Mason Ward, Kyle Masters, Arshdeep Bains and Ben King, who was robbed twice in the third period, Red Deer’s best.

“You have to be able to score to win a hockey game,” said Sutter. “Their goalie was the difference tonight. He was outstanding. We had some great looks.”

For the most part, Anders didn’t face the same quality of shots as his counterpart, but overall turned in a stellar performance. His second-period glove save — one of 29 stops on the night — on Stotts kept the Rebels in the game.

“He played well. Outside of that unfortunate break he had a really good game,” said Sutter.

The teams meet again Saturday at the Centrium and the Rebels boss is confident his club will find its groove once the puck crosses the Hitmen goal line.

“We get some goals, we’ll get going. We had lots of chances tonight,” said Sutter.

“For the most part, I like how we played. We were aggressive on pucks and our forecheck was really good. Tonight we weren’t able to score. Their goalie made the difference.”

° The WHL has released the Central Division schedule for the remainder of March and has adopted a three-games-in-three-days format.

The Rebels will take on the Lethbridge Hurricanes next weekend, with the teams meeting on Friday in Red Deer, the following evening in Lethbridge and back at the Centrium on Sunday.

The following weekend the Rebels will be in Edmonton on Friday, March 19, in Red Deer on Saturday, March 20 and back in the provincial capital versus the Oil Kings on Sunday, March 21.

Stepping down as head coach in best interest of players: Sutter
19 hours ago

Brent Sutter steps down as Rebels head coach
22 hours ago