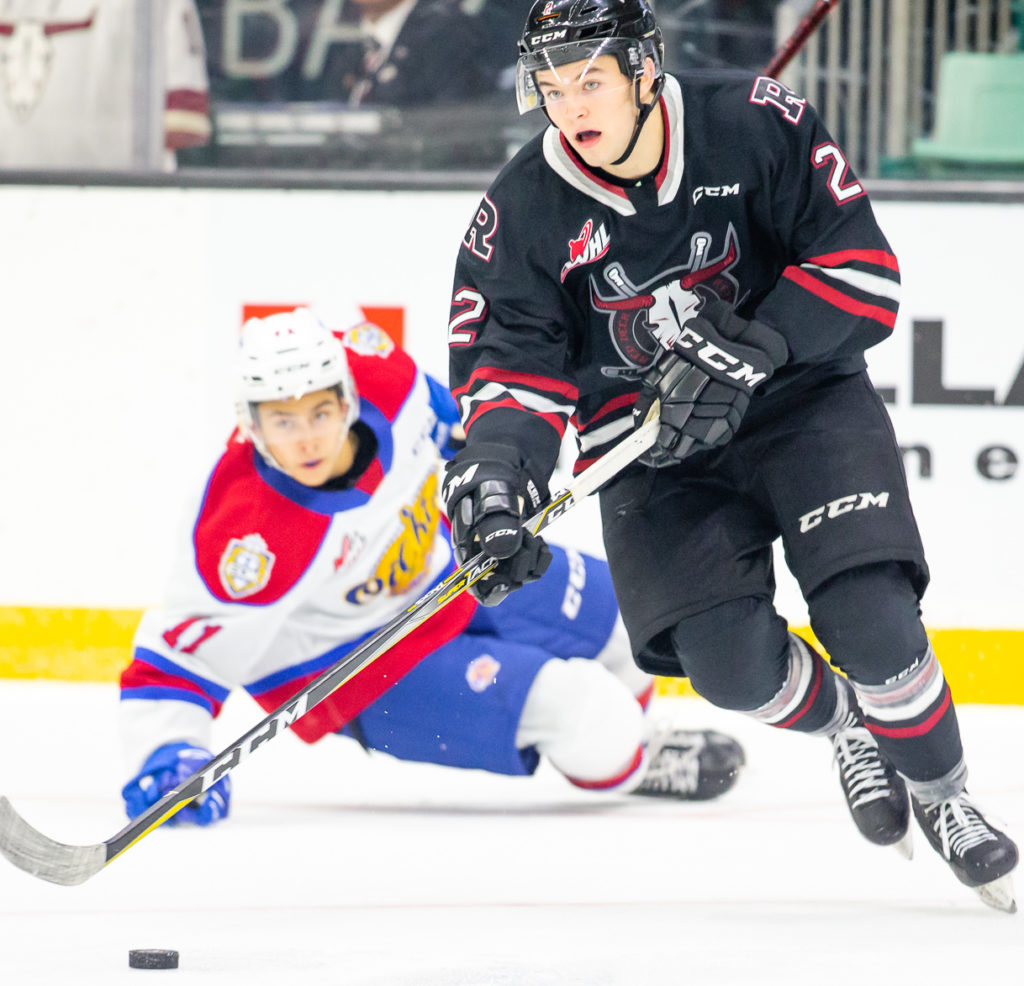 “You’re kind of counting down the days now. It’s only two weeks away and hopefully the time flies by quick,” the 16-year-old defenceman said Thursday.

Canada will be represented by three teams — Team Canada Black, White and Red — and will compete against the best under 17 players from the Czech Republic, Russia, Finland, Sweden and the United States.

“For sure, it will be cool wearing the maple leaf for the first time,” said Masters.

The teams rosters were revealed this week and are based on the performance of the 112 players attending a U17 development camp in Calgary in July.

Masters had a good feeling during and following the camp, which consisted of practice sessions and games.

“It’s Team Canada, so you never know. It’s the best of the best,” he said, in reference to his hopes of being selected. “But I was really confident in my game and just hoping for the best.”

Masters, the Rebels’ second first-round pick, 17th overall, in the 2018 WHL bantam draft, has dressed for six of the Rebels’ nine games this season. The Edmonton native noticed a marked difference in the calibre of play from the preseason to the regular season.

“Everything picked up, everything from the physicality to the speed. It all just went to the next level,” he said.

Masters is confident that he’s in the process of making the necessary adjustments.

“It’s a process,” he noted. “You just have to be patient and the time will come when eventually the adjustments are no longer necessary.”

“I try not to change my game much,” added the talented, puck-moving blueliner. “But it happens when there are guys way bigger than you. You have to get to pucks quicker and I try to move my feet as much as I can to get out of tough situations.”

Grubbe is also looking better with each game. 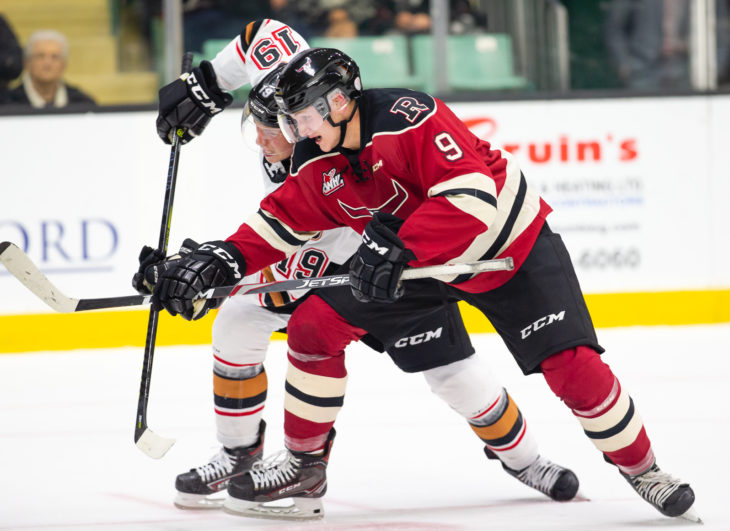 “I’m kind of getting more comfortable,” said the Calgary product, who has picked up three assists in nine games. “I’m trying to take the puck to the net and shooting pucks, kind of getting back to the way I can play once I learn how to play more in the ‘D’ zone and do what the coaches want.”

Like Masters, the 16-year-old centre noticed a vast difference between exhibition and regular-season games.

“You can’t take a shift off because once the guys come back from NHL camps and teams have a full lineup, you can’t be too loose or they’ll take advantage of you right away,” he said.

Grubbe, the Rebels’ seventh overall pick in the 2018 bantam draft, also felt he had an impressive summer U17 development camp.

“I thought I got better through all the practices leading up to the games,” he said. “I was pretty confident that way and I played pretty well. I had a good feeling but you never know.”

° The Rebels recalled forward Blake Sydlowski from the Sherwood Park Crusaders this week but he declined the recall, preferring to remain with the junior A team.

The Oil Kings have picked up points in each of the last seven games and are tied for first place — with Medicine Hat —in both the Central Division and Eastern Conference with a 7-1-3-0 slate . . . C. Riley Sawchuk is pacing the club offensively with five goals and 12 points. RW Josh Williams (4g,7a,11pts) and LW Jake Neighbours (2-8-10) are close behind and LW Vladimir Alistrov has produced nine points, including four goals . . . With the recent release of veteran Dylan Myskiw, the Oil Kings are relying on goaltenders Sebastian Cossa and Todd Scott. Cossa has a 1.66 goals-against average and .952 save percentage over three games and Scott has appeared in eight games and sports a 2.95 GAA and .893 save percentage . . . D. Matthew Robertson was selected by the New York Rangers in the second round of this year’s NHL entry draft and recently signed a three-year deal with the big club.