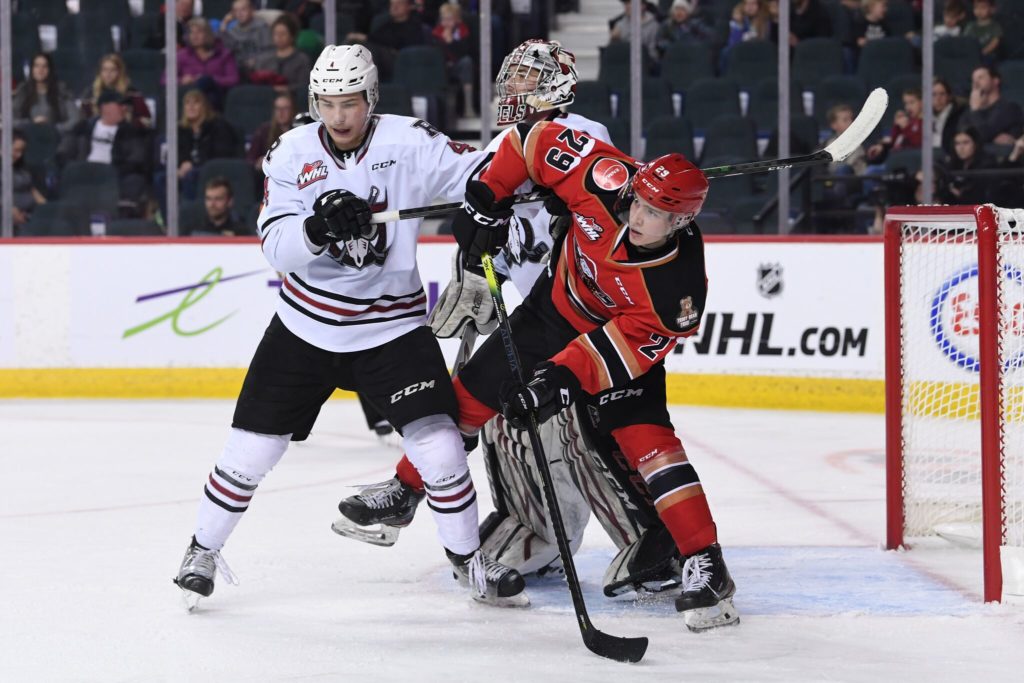 CALGARY — The Calgary Hitmen celebrated early but the Red Deer Rebels had the final hurrah.

Hitmen forward Carson Focht scored a mere 1:34 into the contest Sunday at the Scotiabank Saddledome, igniting a downpour of furry toys from the recorded attendance of 17,346 in the team’s annual WHL Teddy Bear Toss game.

“We went into the dressing room for a half hour or so, so it was rest and start the game over,” said Rebels GM/head coach Brent Sutter, referring to the extended delay while the thousands of toys were being collected.

“The kids did a good job. I was proud of them tonight.”

The Hitmen jumped into a 2-0 lead on a goal by Riley Stotts 46 seconds into the third period, but the Rebels roared back and pulled out a 3-2 win when Josh Tarzwell bolted down the right side in overtime and elected to shoot on a two-on-one with Cam Hausinger.

“He was on his off side coming down the wing and we’ve talked to our kids that when you have that angle, take it, use it,” said Sutter. “He did that tonight.”

Joel Sexsmith ignited Red Deer’s third-period comeback with his first goal of the season at 2:04 of the final frame and Hausinger pulled the Rebels even with his sixth just over five minutes later.

“We played well despite getting down two goals,” said Sutter. “They scored their second one and we kept our composure and kept playing the way we need to play.

“We stayed in the fight and the kids got rewarded for it in the end.”

Tarzwell was named third star of the contest but netminder Byron Fancy also played a large role in the outcome with a 29-save outing.

The Rebels could easily be undefeated in their last three outings after dominating in games versus the Swift Current Broncos and Regina Pats but falling short both times.

“Like I told the guys after the game, it’s starting to come,” said Sutter. “We have a young team and if we stay the course and keep doing things the right way the wins will come. Eventually we’ll get rewarded.”

Jack McNaughton made 22 saves for the Hitmen.

The Rebels will entertain the Moose Jaw Warriors Wednesday and will then head out on a two-game trip that will include stops in Moose Jaw and Regina Friday and Saturday.