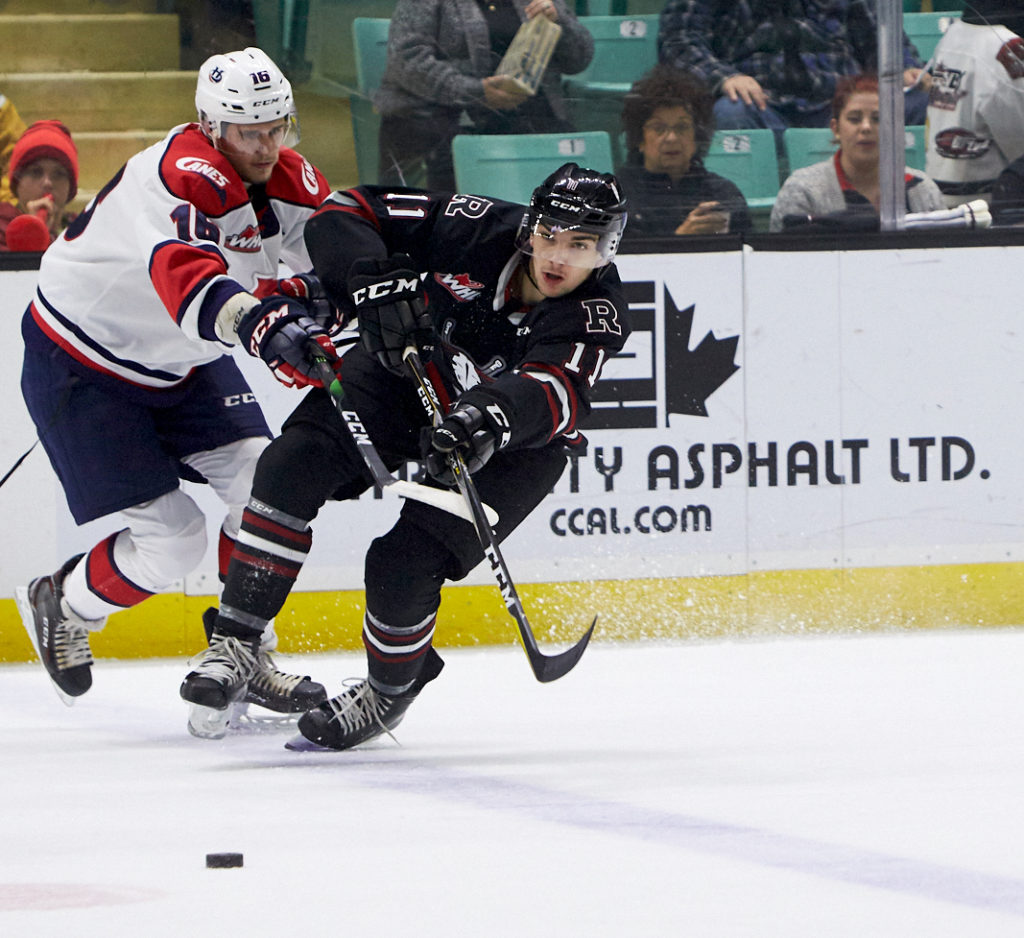 The Rebels and Lethbridge Hurricanes combined for five man-advantage goals in front of 3,106 fans, but the ‘Canes notched the extra one and that was the difference in a 4-3 WHL victory for the visitors.

That included a second-period marker from Justin Hall, on a strange bounce, after Rebels rookie Jayden Grubbe had scored his first-ever WHL goal — a power-play tally — to pull Red Deer even at 1-1.

“You tie the game and take a penalty shortly after, not saying it was a penalty but we get it anyway,” said Sutter, in reference to a questionable charging call on Ethan Rowland.

On a positive note, the Rebels were easily the equal of the Hurricanes at even strength, but in the end it was just a moral victory.

“Five-on-five it was probably the best game we’ve played all year. I thought we did a really good job,” said Sutter. “But again, we’ve had seven games at home and we’ve won one. That’s 14 points and we’ve got three.

“Obviously our home record isn’t even close to where we need it to be.”

Grubbe tallied just over a minute into the second period, taking a feed from Brett Davis and beating goaltender Bryan Thomson with a wrist shot from the right circle.

But Hall replied for Lethbridge 93 seconds later and Wilson gave the visitors a two-goal lead at the 8:27 mark with a low bullet from the point, the third power-play marker for the ‘Canes.

Oliver Okuliar made it 4-1 at 14:35 of the middle frame with a redirect in front before Zak Smith scored back-to-back for the Rebels, cutting the deficit to two late in the period and potting his third of the season at 6:27 of the final stanza.

“We worked hard. Our compete level was really good, but our penalty kill killed us tonight,” said Smith. “We can’t allow three power play goals when our five-on-five play is finally becoming good.

“You can’t take a night off on your PK.”

Smith scored his second of the season on a redirect during a Red Deer power play and added a similar marker in the third. The tip-ins came off point shots by Dawson Barteaux and Mason Ward.

“It’s been a slow year and it’s nice to get two goals, but at the end of the day you have to look at our team,” said Smith. “We’ve lost five in a row now so we have to get back in the win column, that’s the most important.” 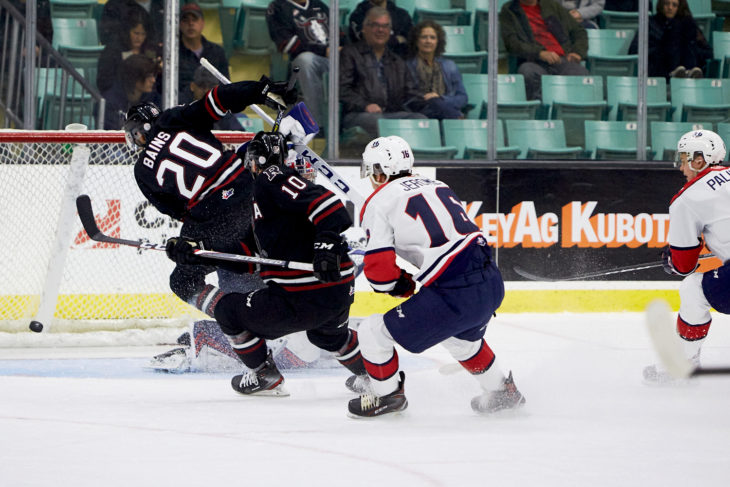 Sutter has his fingers crossed that the offensive output will help Smith, who attended the Vegas Golden Knights development camp in late June, get his game together on a consistent basis.

“Smitty hasn’t been that good this year up until the last couple of games,” said the Rebels boss. “He got a couple of goals for us tonight so hopefully he can gain some confidence from that and continue on to be a good player for us.

“He’s been fighting his game and trying to find his way. That’s what happens with these young guys who have opportunities to go to NHL camps and they come back and their heads aren’t where they need to be. “He struggled with that and we’ve had it happen to us with other players in the past. But he’s worked his way through it and tonight, outside of a couple shifts, he was a pretty good player for us.”

Sutter was happy for Grubbe, who picked up four assists prior to Tuesday’s contest but had yet to score his initial WHL goal.

“He’s been good. For a 16-year-old kid he’s continued to want to understand his positional play, understand how he needs to play in his own zone,” said Sutter.

“He’s really worked hard at his game in that area and he needs to continue to work hard. The offensive part of it will come over time but it was great for him to get his goal. It was a big goal at a key time.”

But in the end the Rebels fell just short.

“Again, five-on-five we were good, but we have to get our whole game in order,” said Sutter. “In the past our five-on-five play hasn’t been that good but our power play has contributed and our penalty kill has been good.

“Tonight we were good five-on-five and out PK was awful. Just have to stay with it.”

Anders turned aside 27 shots and couldn’t be faulted on any of the four Lethbridge goals. In fact, he came up with numerous timely saves, including a handful late in the game.

Thomson made 26 saves at the other end.

Selected as the three stars were (1) Davis, who recorded three assists, (2) Wilson, who had a goal and assist, and (3) Smith.