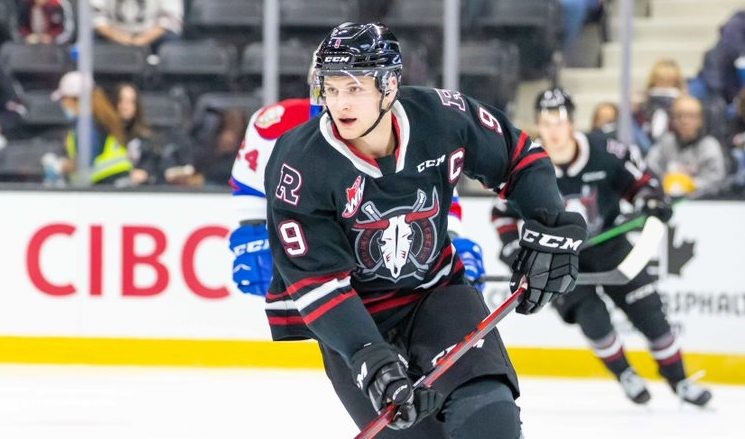 The Red Deer Rebels are experiencing success early in the WHL season but they’re not getting ahead of themselves.

The Rebels opened the season with a 4-1 loss to the host Edmonton Oil Kings, then enjoyed a measure of revenge the following evening at the Peavey Mart Centrium by downing their Central Division rivals by the same score.

Then, on Tuesday, they ventured into Swift Current and downed the previously undefeated Broncos by a 5-1 count.

Still, despite back-to-back impressive outings, the Rebels aren’t looking past their next two opponents — the visiting Medicine Hat Tigers on Friday and the host Lethbridge Hurricanes 24 hours later — and beyond.

“For us, we’re just taking it one day at a time. We’re not trying to look too far ahead or anything,” captain Jayden Grubbe said on Thursday.

“To start the year with two wins after that loss to Edmonton . . .  getting them back the next day was good. Then going out to Swift and getting those guys . . . for us we just want to keep it going.

“We want to keep the pace going in practice and make sure we’re not getting too comfortable. We want to stay tight and keep that up.

“We’re all enjoying it right now but we just want to take it one day at a time, for sure.”

The Rebels have displayed some impressive offensive depth three games into the season with nine different goal scorers to date. Only Ben King has two goals, eight others have one apiece.

“For sure, we have four lines that can play and all of our D can play,” said Grubbe. “There’s no shortage of depth at all. That’s a big part of how we’ll have success — having multiple line that can go and provide offence.

“If the top lines aren’t going we have a third and fourth line that can chip in. They know they are important parts of the team.”

Grubbe was selected by the New York Rangers as the first pick of the third round in this year’s NHL entry draft despite having played only five games of the abbreviated 2020-21 season due to a knee injury that required surgery.

He attended the Rangers rookie development camp in September and then skated in main camp for two days.

“It was good to kind of meet everyone there, get that first camp under my belt and kind of see what it’s like to practise at the pro level and just see how those guys are around the rink,” said the Calgary native. 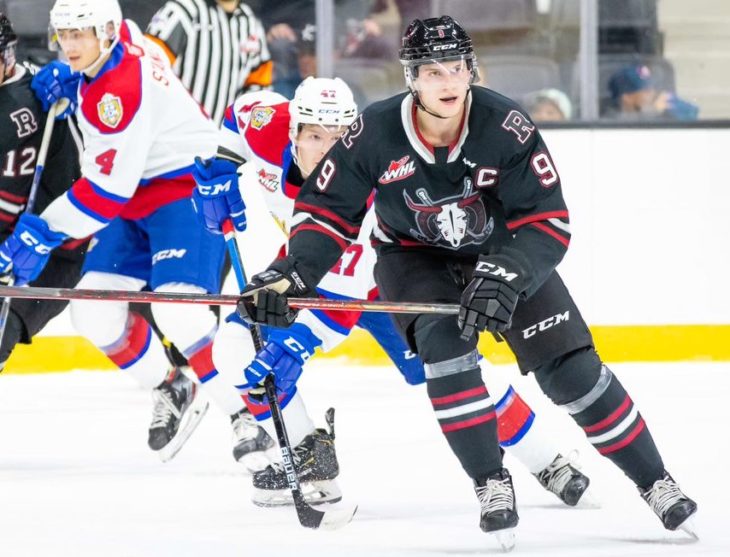 Grubbe followed a strict and busy schedule during his time in rookie camp.

The players would arrive at the practice facility roughly 90 minutes ahead of time and engage in stretching exercises and various workouts.

“They wanted us to be prepared even if it was going to be a short practice,” said Grubbe.

The camp attendees would also partake in classroom sessions focusing on nutrition and mental health.

“It was all of that extra stuff that comes with being at the pro level,” said Grubbe.

He didn’t participate in any main camp scrimmages, however . . .

“I did skate with the veterans and had one-on-one skill sessions with their skills coach, so that was a cool experience for me,” said the six-foot-three, 200-pound centre.

“It was another step up from rookie camp and it was a great experience just kind of seeing what that is like.”

When it was time to leave and rejoin the Rebels, the Rangers coaches had some encouraging words for Grubbe.

“They were happy with how I approached everything and did everything I could,” he said. “They didn’t push me too hard because I’d just been cleared for contact because of my surgery.