Rebels not lacking in work ethic in overtime loss to Hurricanes 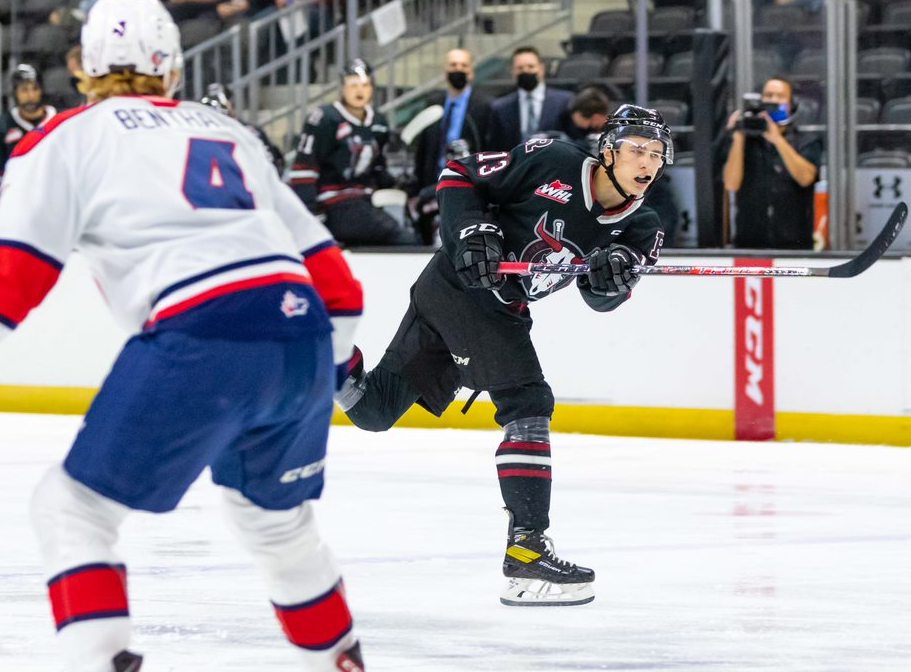 LETHBRIDGE — The Red Deer Rebels were the second best team on the scoreboard Saturday night at the Enmax Centre, but head coach Steve Konowalchuk felt his team wasn’t runner-up in the effort department.

“Overall I thought the guys battled hard. They make you grind it out and our guys did that,” said Konowalchuk, following a 2-1 WHL overtime loss to the Lethbridge Hurricanes witnessed by 2,727 fans.

The Rebels were the better team in the opening period, but connected just once when Kalan Lind notched his first goal of the season.

Defenceman Alex Cotton pulled the ‘Canes even in the second period with a power-play goal and potted the winner at 2:28 of overtime, collecting a feed from Justin Hall and beating netminder Connor Ungar with a quick release from between the circles.

“We had a chance to win. You get into a three-on-three and anything can happen,” said Konowalchuk.

The Rebels were the superior team in the opening 20 minutes and also had an edge in play in the third period.

Netminder Bryan Thomson was particularly strong in the first period and stood tall the entire game. He finished with 30 saves, two fewer than Ungar.

“There were chances to win the game, no doubt about it,” said Konowalchuk. “Our goalie made some saves as well. It was a good, hard-fought hockey game.”

The Rebels garnered just one of a possible four points during the weekend that included a 4-2 home-ice loss to the Medicine Hat Tigers, but Konowalchuk wasn’t critical of his troops.

“There were some good things to take in,” he said. “Again, it’s still a process to get better and more consistent in what you do. We came in and battled hard and they (Hurricanes) battled hard too.

“You win and you’re happy. You lose and it still stings.”

The Rebels are idle until next weekend when they’ll visit the Calgary Hitmen Friday, host the Hitmen at 1 p.m. Saturday in a CBC televised game and take on the Oil Kings Sunday in Edmonton.

“We have a week to work on things. We’ll take the positives and go from there,” said Konowalchuk. 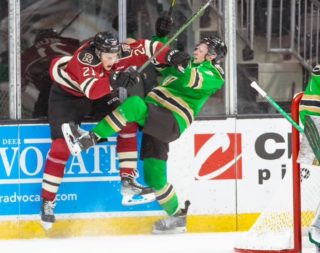 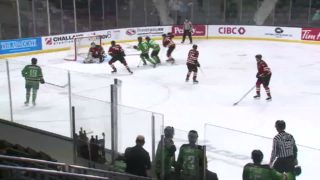