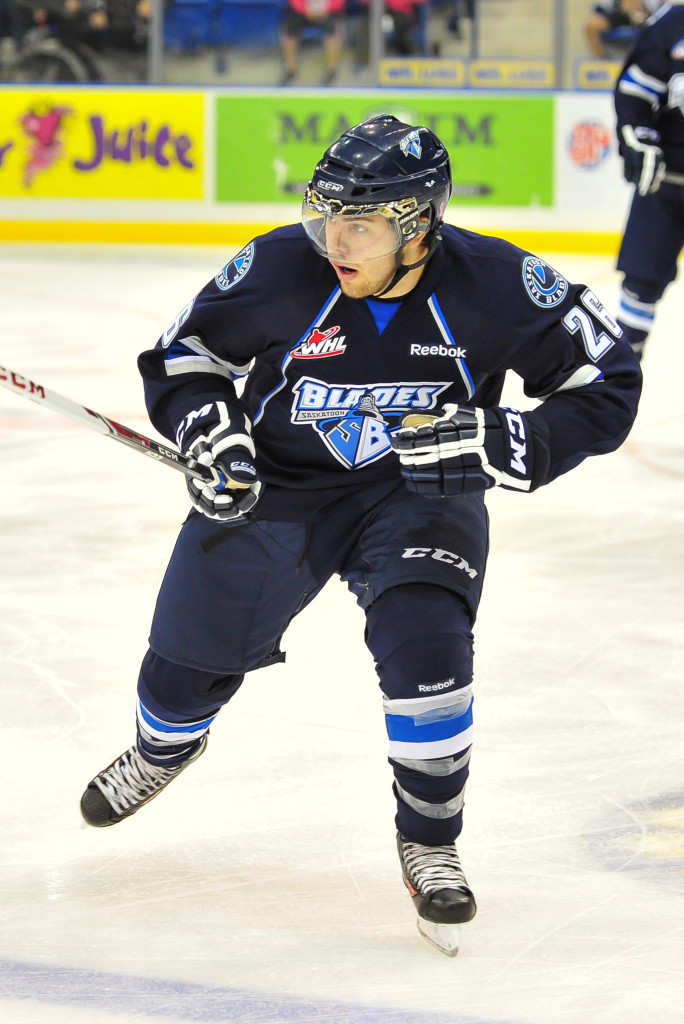 Polei is in his first year in the Western Hockey League and has played 2 games with the Blades this season.  He was an 11th round pick of Saskatoon in the 2011 WHL Bantam Draft. Polei played for Edmonton’s South Side Athletic Club last year in the Alberta (AAA) Midget Hockey League, where he had 17 goals, 15 assists for 32 points, and 64 penalty minutes in 34 games.

Monday trades bring in players who can help Rebels in goal, up front
4 weeks ago