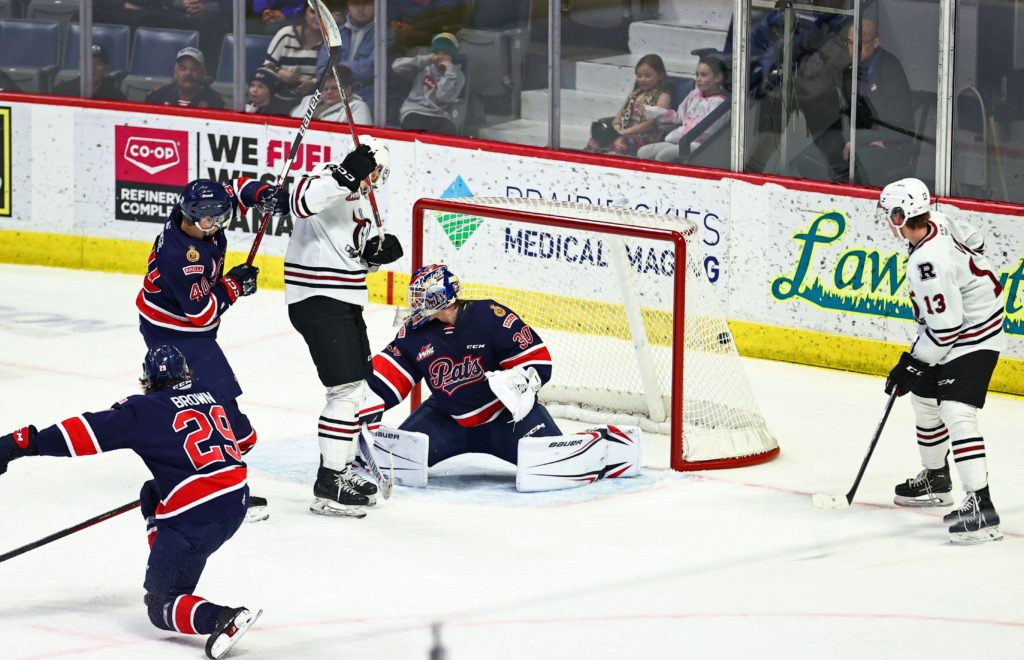 REGINA — Red Deer Rebels head coach Steve Konowalchuk could have easily chalked it up to being ‘just one of those games’ that come along now and then every season.

The easy numbers could certainly have enforced that stance, considering the Rebels outshot the host Regina Pats 38-20 in a 6-2 loss witnessed by 3,817 fans Saturday at the Brandt Centre.

Instead, the Rebels bench boss wasn’t making any excuses following his team’s fourth consecutive setback after opening the season with a modern-day WHL record of 15 straight wins.

“We have to be better than that. It was a situation where we shouldn’t have been happy with our last few games,” he said. “We’ve had a lot of success early and that’s showing up right now.

“We have success and maybe think things are going to be a bit easy, and we’re showing our frustration and beating ourselves with careless and undisciplined penalties.”

For the record, the Pats were three-for-three on the power play, potting two man-advantage markers in the first period en route to victory.

Borya Valis opened the scoring for the hosts seven minutes into the contest with a backhand shot low to the stick side of netminder Kyle Kelsey.

But the Pats pulled ahead for good with a man advantage marker of their own late in the opening period when Tanner Howe connected from the edge of the crease.

Sam Oremba increased the Pats’ lead at 4:10 of the second period and Easton Armstrong, from the left circle, beat Kelsey to the short side four minutes later. 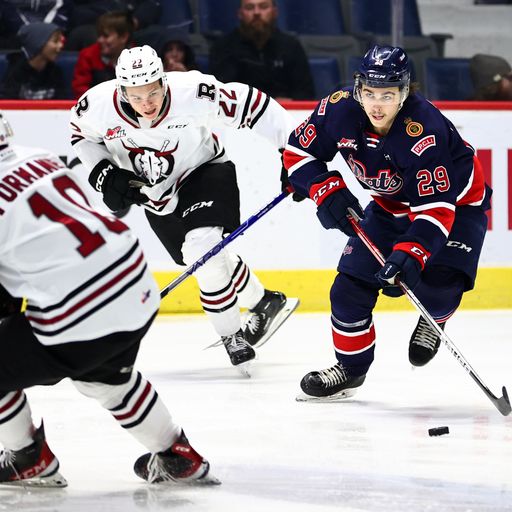 Howe made it a 5-1 count on a redirect during a Pats power play at the 14:37 mark and Connor Bedard converted a nifty feed from Howe for yet another man advantage goal shortly after.

Rebels defenceman Mats Lindgren notched the lone goal of the third period, depositing a rink-wide pass from Mayo while moving down into the left circle.

“There was a lot of mental mistakes and a lot of the guys weren’t sharp,” said Konowalchuk. “We have to get back to the identity of our hockey club.”

The Rebels were set to arrive back in Red Deer early Sunday morning and will be back on the ice Monday to prepare for Tuesday’s game against the Oil Kings in Edmonton.

“There’s certainly no panic, we believe in the guys we have, but it’s been frustrating,” said Konowalchuk.

“We have to get back to the way we have to play and get back to dictating the style of game we need to play to give ourselves the best chance to win.”

Notable: The Rebels were one-for-five on the power play . . . Kelsey made 14 saves while Kieper turned aside 36 shots . . . The three stars: (1) Kieper, (2) Howe and (3) Valis . . . Following Tuesday’s outing in Edmonton, Red Deer will conclude a stretch of nine straight road games Friday in Lethbridge. The Rebels will play their first home game in three weeks next Saturday against the Brandon Wheat Kings.