Rebels in hotel quarantine, hope to be back on ice shortly 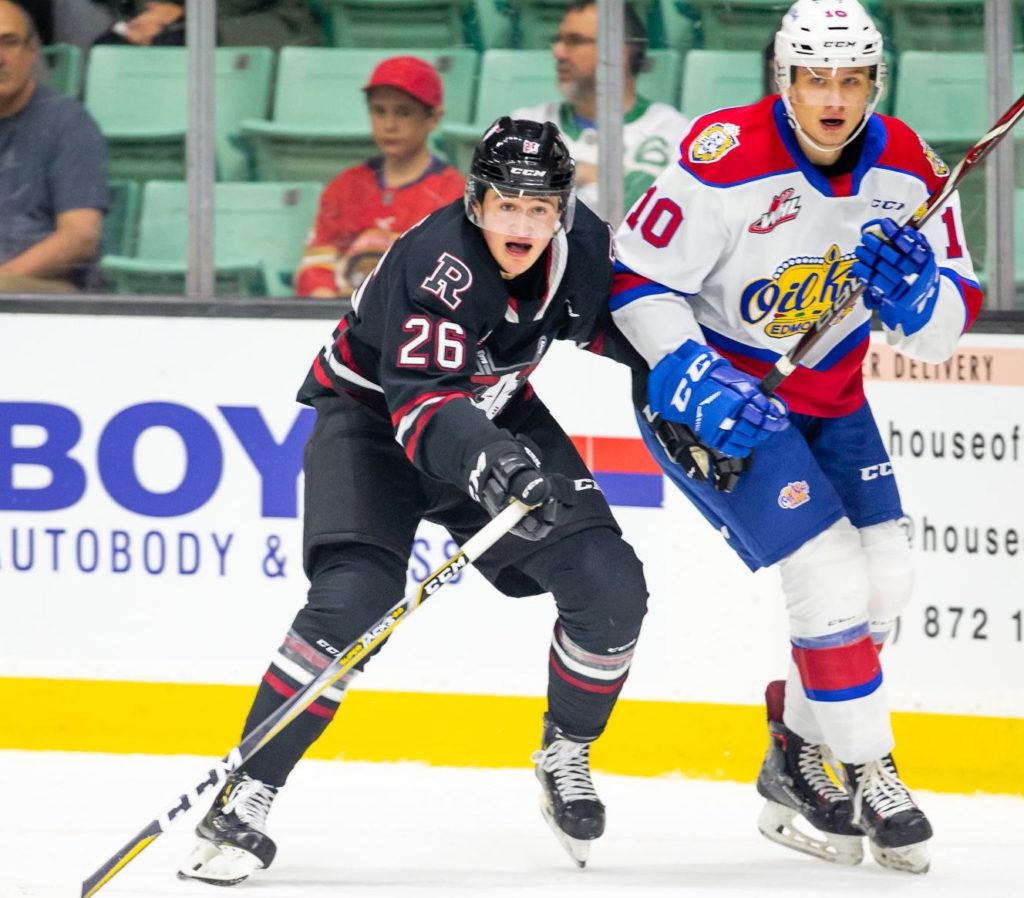 The boys are back in town.

The Rebels, 25 strong, were back in Red Deer Saturday and the following day checked into a local hotel where they are isolating to finish off a 14-day quarantine.

“They were all self isolating at home for 10 days before they came. I wanted them to do 10 and then four here,” said Rebels head coach and GM Brent Sutter.

The players and coaching staff underwent COVID-19 tests Monday and will be tested again Thursday. When the results for the second tests are in and are negative, they will be allowed to skate, likely Sunday or Monday.

The Centrium will be home for the players for the duration of the 24-game, five-team Alberta division schedule. The season will open on Feb. 26 and a schedule will be released with the next week to 10 days.

As the league returns to play in Alberta, no spectators will be permitted to enter WHL facilities.

Instead of billet residences, the Rebels players will be housed in the Centrium suites following consultation with the Westerner, City of Red Deer and the suite holders.

“We have things set up on the (Centrium) concourse . . . ping pong tables, basketball hoops, things like that. And we’ve moved our gym equipment upstairs because we can only have so many people in a room.

“We can’t put everyone in one room together, we have to use two or three dressing rooms.”

While the official schedule has yet to be released, Sutter said March dates have been confirmed with teams playing only on weekends.

“We want to get through the month of March and be aware of where everything is at,” said the Rebels boss. “We might get into April where we’re playing three games in three nights.

“Let’s do things cautiously here, do the right things. Let’s make sure we’re putting everybody, whether it’s staff or players, in the right space and environment. We’re listening to what the health authorities and government are telling us and making sure we do it the right way.”

Sutter said he, his coaching staff and the players are eagerly anticipating the opportunity to practise and play after being mostly idle since the previous season ended prematurely in March of last year.

“The kids are excited about getting back to practising and playing and they’re really excited about staying at the rink,” said Sutter. “But we still have to do the right things, like wearing masks and self isolating as much as we can. There will be no outside contacts. The kids will live in their own environment, so it’s as contained as you can probably be.

“It’s actually a really good way to do it. We’re very thankful that we can get back to playing and for everyone who helped out — the Westerner, the city, all the suite holders, the parents and the billets for understanding the process . . . just everyone involved.

“That includes our staff. Merrick (senior vice-president Sutter) and our staff  put a lot of work into this, a lot of organizing. I give our staff full credit. They’ve done a great job of putting it all together and making sure we can make this work.”

Sutter insisted it was crucial for the players that they have the opportunity to compete in the immediate months.

“They’ve worked hard to get to this point and try and make careers out of hockey,” he said.

“It was important from an owner’s standpoint, from my standpoint, to do everything we could to get back to playing while working with the health authorities to make it as safe as we can.

“We’re at that point now, let’s just forge ahead and see where it takes us.”

The Rebels current roster of 14 forwards, eight defencemen and three goalies consists of the players eligible to return from the 2019-20 season as well as 16-year-olds Hunter Mayo, Jace Weir, Carter Anderson and Jhett Larson and rookie netminder Chase Coward.

Forward Josh Medernach and defenceman Trey Patterson, both of whom played sparingly last season, are also on the roster. Finnish rearguard Christoffer Sedoff, as well as 2020 CHL import draft pick forward Tomas Chlubna of the Czech Republic, are unable to join the team due to travel restrictions.