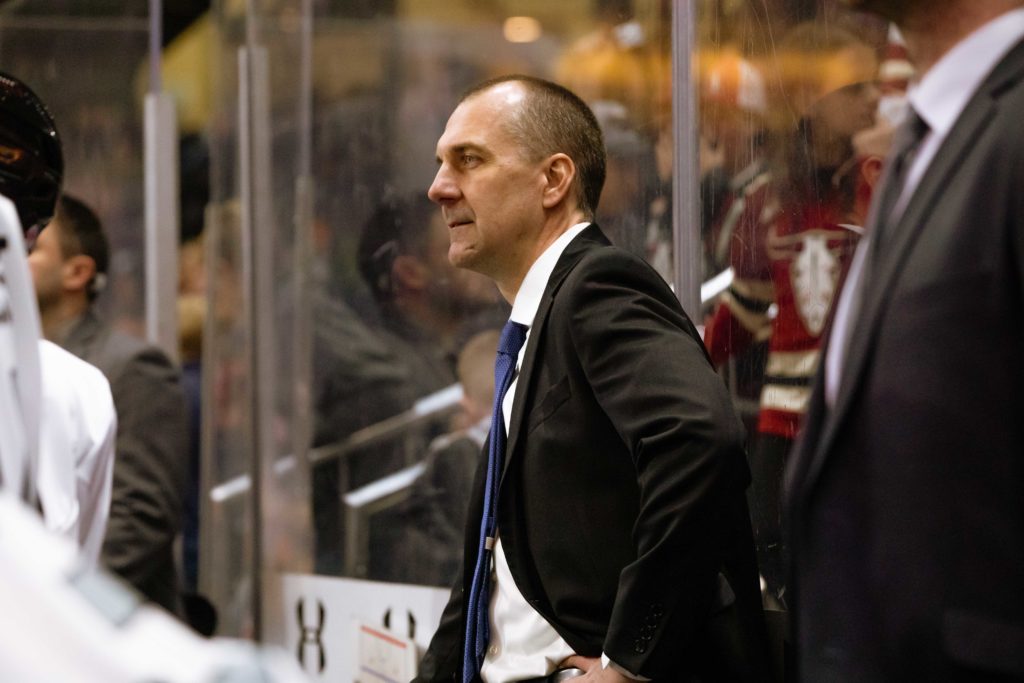 Off the ice, the three graduating members of the Red Deer Rebels were as important as they were on the ice during the team’s just completed 2021-22 WHL season, head coach Steve Konowalchuk noted Friday.

Konowalchuk stressed that the three, as a group, provided great leadership for the team’s younger players.

“You’re bringing in 16- and 17-year-olds and you want to continue a culture in creating good character that gives people a chance to succeed in hockey or whatever else they do,” said Konowalchuk. “So they’re all high character people.”

“They’re obviously different type players,” he added. “You have Keeler with the energy, speed and intensity, a player who chips in offensively and is reliable defensively.

“Van de Leest is a big, physical, stay at home defenceman who makes a good first pass, plus no one wants to play against him. And Bainsy . . . you see his offensive skill, you see his ability to score against the other team’s top line, which is pretty impressive.

“They were all big parts of our team.”

Indeed they were and all three will be missed, but the Rebels will return a solid core for the 2022-23 season with potentially 12 forwards, seven defencemen and two goaltenders eligible to return.

Of course, not all 21 potential returnees will be on the team due to age limits — the Rebels could have as many as seven overage players back in a league that allows only three — and other factors, but Konowalchuk isn’t concerning himself with that scenario.

“Every year your older guys are usually your better players, and then you wonder who is going to step up,” he said. “We have guys who can step up.

“We leaned on a lot of younger guys all year, it wasn’t just the older guys. We had young guys playing roles that other teams didn’t necessarily have, and were able to have success.

“So we’re looking forward to (Kalan) Lind and (Talon) Brigley and (Hunter) Mayo . . . I’m going to miss guys, but there’s a lot of young talent that can step up. That’s why junior hockey is so exciting, you don’t know who’s  going to come to camp and be the next Bains or the next (Ben) King, those kinds of guys.”

With his first season behind the Red Deer bench now behind him, Konowalchuk said the team was a pleasure to coach in a season that featured 45 victories and then four more in a first-round playoff series with Brandon.

“With the quality character of the group we have I didn’t have to come to the rink very often and push players too hard to get working,” he said. “They embraced it, they wanted to be better. It made my job easy, that was nice to be a part of.

“I just thought our guys worked hard every day and even when they hit adversity throughout the season they straightened it up pretty quick, which made for a pretty consistent season. If we lost one or two they were right back at it.

“Coming in here, I knew the culture of the team would be good and it was.  That’s part of the reason I wanted to come to a place like this. It’s fun to coach that. You have a chance to succeed when you’re coaching that.” 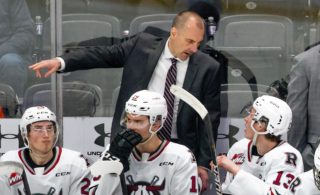 The Rebels’ season came to a halt Wednesday with a 4-2 second-round playoff loss to the Edmonton Oil Kings, who swept the best-of-seven Eastern Conference semifinal.

“They’re a very good team,” Konowalchuk said of the Edmonton squad. “They were good to start the season and they added maybe the best centre in the league (Justin Sourdif) and perhaps the best defenceman (Kaiden Guhle) in Canada in his age group.”

Still, the coach felt his team should have pushed the Oil Kings harder than was the case.

“It was a learning lesson we have to take away,” said Konowalchuk. “We had some guys go as hard as they could, other guys were mentally fatigued and didn’t compete as hard as we needed to give ourselves a better chance.

“We gained some good very experience in both series. The hard fought first series took a lot out of us, it was an emotional roller coaster. Then we go on to the next series and learn what it takes to be a good team and also compete against a good team.”

There were clearly more highs than lows in Konowalchuk’s initial season at the helm of the team.

“The season, to me, was a success in a lot of ways,” he said. “Coming in, no one knew what to expect of the Rebels with such a weird season last year.

“We got out of the gates good, I believe we surprised a lot of teams. Our team started the second half really trying to up our high compete level and our guys stuck with it.”

That Rebels have two players, sophomore defenceman Jace Weir and 52-goal sniper Ben King, listed by Central Scouting as potential NHL draft picks in July, and surely another two to three, if not more, will receive invitations to NHL development camps in the fall.

“In junior hockey it’s not all about winning a championship, it’s about developing players,” said Konowalchuk. “I believe our young guys got better and the guys looking to get drafted got better.

“There was a lot of good success stories within the season.”