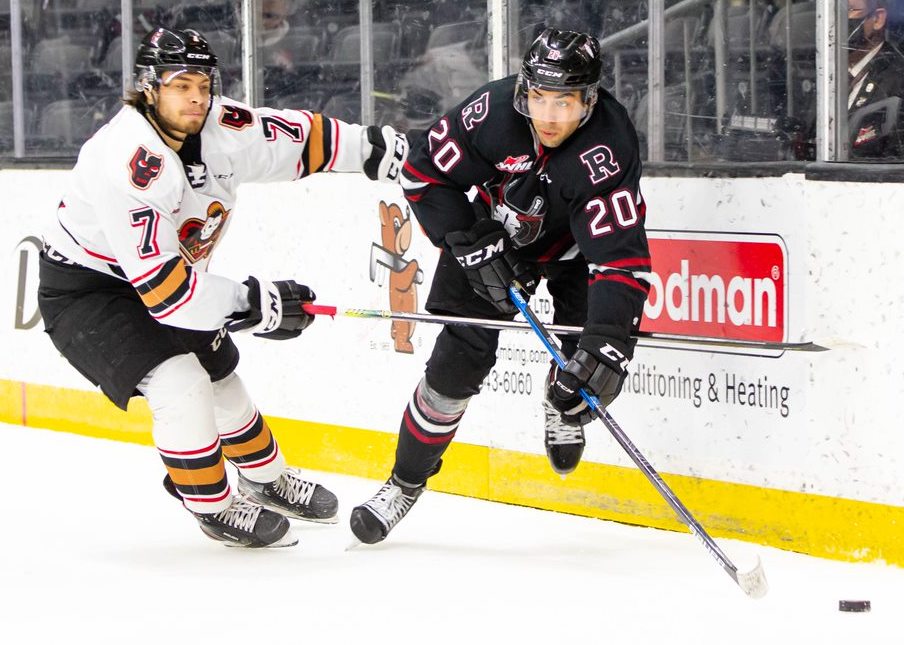 If nothing else, the Red Deer Rebels exited Thursday’s contest knowing that they gave it their all in a quest to snap a lengthy losing streak.

The Rebels were the better team for a good part of the WHL Central Division match with the Calgary Hitmen, but dropped a 4-3 overtime decision at the Centrium, their 13th consecutive setback.

“As a group we were good,” said Rebels assistant coach Ryan Colville. “We battled, we played hard. We out-chanced them.

“There were times when it was back and forth and a little more wide open than we wanted, but I thought as a group we played well. We deserved a better fate tonight.”

Red Deer had possession through much of the extra frame but were snake-bitten when the puck bounced over at least two Rebels sticks that were in prime scoring areas.

Sure enough, the visitors cashed in when Sean Tschigerl, from the side of the net, found Cael Zimmerman in front and the 20-year-old centre notched his sixth of the season with a quick release at the 4:19 mark.

“You kind of make your own luck sometimes but we gave ourselves a chance. That’s all you can really ask for,” said Colville, in reference to the unfortunate breaks in overtime. “I don’t have a bad thing to say about any of their efforts. They came out to play.”

The Rebels roared out of the starting gate and directed 11 shots at Hitmen netminder Jack McNaughton in the first 10 minutes.

But it was the visitors who struck first with a short-handed tally. Riley Stotts transported the puck down the left boards and found Luke Prokop, who slipped in behind three Red Deer players, broke in alone and beat goaltender Byron Fancy with a forehand deke.

Rookie Carter Anderson pulled the Rebels even at 13:19 of the first frame, scoring from a scramble while parked between the hash marks.

The Hitmen, however, regained the lead just over four minutes later, the goal credited to defenceman Jackson van de Leest when the puck took a weird bounce before entering the net.

But once again the Rebels rebounded, with rookie rearguard Jace Weir getting credit for his second of the season when his point shot deflected off a Hitmen player and past McNaughton in the final minute of the period. 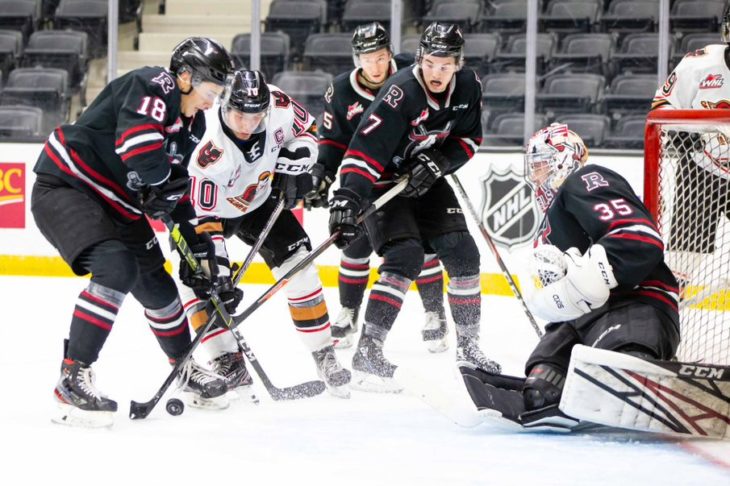 The Hitmen potted the lone goal of the second period as Riley Fiddler-Schultz ripped a one-timer from the left circle, setting the stage for a frantic third period in which Chris Douglas forced overtime with a breakaway goal.

The veteran Red Deer forward hauled in a lengthy stretch pass from Kyle Masters and fired a shot through McNaughton’s pads at 12:48 of the third, sparking a vocal celebration on the Rebels bench.

“For a team likes ours, we’ve been struggling the last little while. We’ve been playing well but not winning,” said Colville. “Dougie’s goal gave us a chance to take it to overtime. It was a huge goal and the guys were excited.”

Red Deer has three games remaining in what has become — due to a recent COVID case within the Hitmen cohort that necessitated schedule changes — a 23-game season.

The Rebels host the Edmonton Oil Kings on Saturday, take on the Hitmen the following day in Calgary and then meet the Hitmen again in their season finale on Tuesday at the Centrium.

The Rebels were minus the services of six regulars on Thursday due to injury and from that bunch only netminder Ethan Anders (lower body, day-top-day) might be available for the stretch run.

Regardless, Colville has been impressed with how the team has responded to adversity.

“Lots of guys are getting opportunities to play in situations where they really haven’t played in before,” he said.

“It’s definitely a building block and a good sign for the guys to keep pushing, to keep working.”

Notable: McNaughton turned aside 32 shots while Fancy made 25 saves and couldn’t be faulted on any of the four goals he allowed . . . The Rebels were zero-for-two on the power play, the Hitmen zero-for-one . . . Selected as the game’s three stars were (1) Zimmerman, (2) Weir and (3) Prokop.