Rebels excel on special teams in victory over Oil Kings 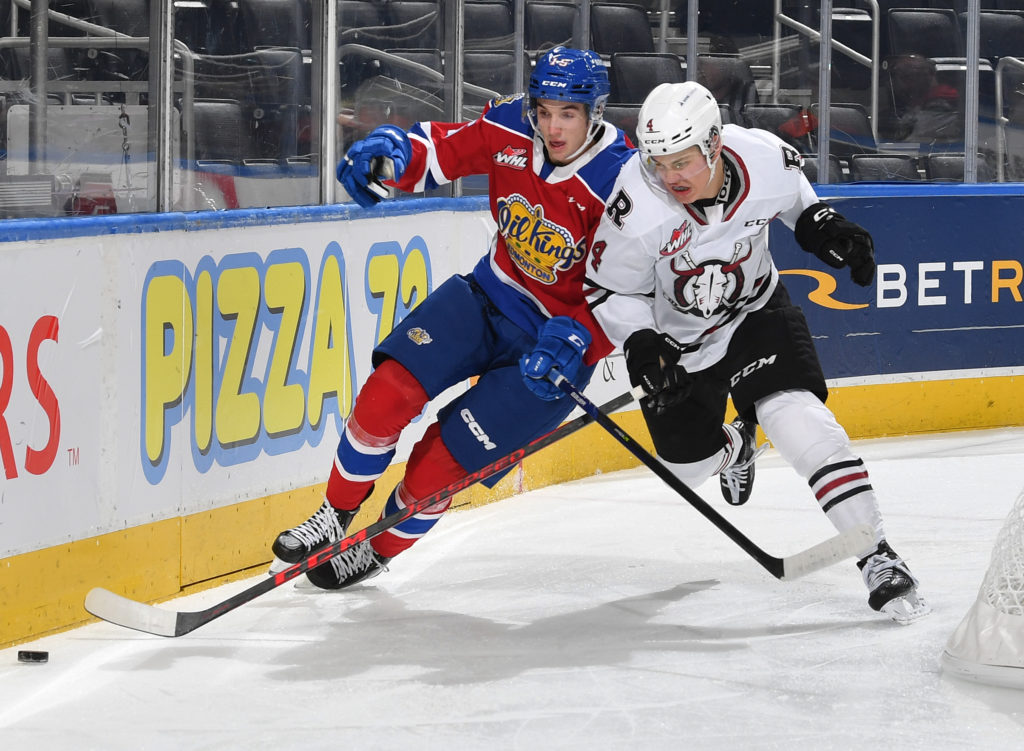 EDMONTON — The Red Deer Rebels were dead set adamant that their mini-slump would come to a screeching halt Tuesday night at Rogers Place.

“I liked our approach to the game. I thought our guys were determined and ready to play and work hard within the system and structure,” said head coach Steve Konowalchuk, following a 4-1 win over the Edmonton Oil Kings that snapped a four-game WHL losing streak.

“You want to see your players focused and they were.”

The Rebels ruled five-on-five and particularly on special teams, going three-for-seven on the power play, with Kalan Lind connecting twice — his third and fourth goals of the season — and a whopping 10-for-11 on the penalty kill.

“Both special teams got back on track,” said Konowalchuk. “Through that little funk both units didn’t have too much success, but obviously they were huge today.”

The Rebels led 1-0 after one period thanks to Jace Isley’s 12th goal of the season. The veteran forward took a half-wall feed from Frantisek Formanek and wired a low shot from the left circle that beat netminder Kolby Hay.

Red Deer’s power play shifted into gear in the middle frame as Jayden Grubbe scored from the high slot at the 6:43 mark, and Lind notched his third of the season from the edge of the crease roughly nine minutes later, steering the puck around Hay and into the short side.

“The biggest thing with the power play is they moved the puck quick, and they were crisp,” said Konowalchuk. “And when they had to recover pucks, they did.”

The visitors continued to pull away early in the third period, with Lind firing a wrister from the right circle that zipped over Hay’s glove hand. 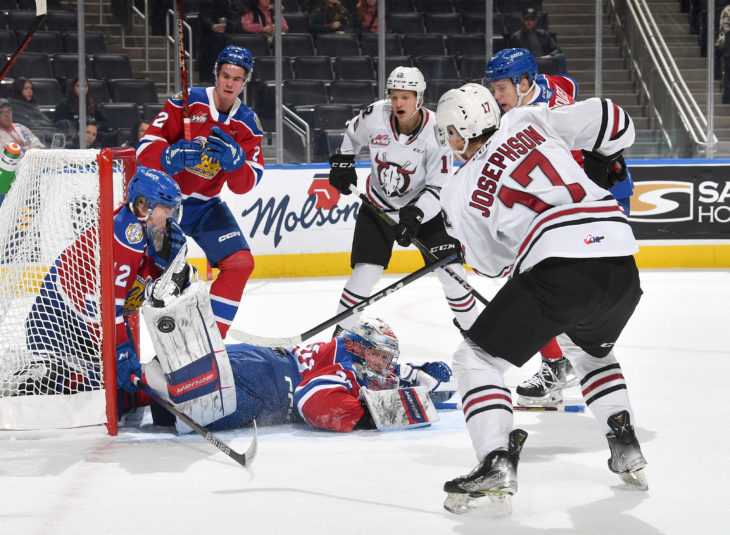 “Part of that (power play success) is being sharp,” said Konowalchuk. “If you’re not sharp five-on-five you’re not going to be sharp on the power play. That’s a big part of it.”

Carson Golder ruined Kyle Kelsey’s shutout bid with a rising shot from between the blueline and right circle just as the first of two back-to-back Red Deer penalties expired.

Kelsey, who made a dazzling first-period pad stop on Rhett Melnyk and absolutely robbed Ethan MacKenzie seconds later, finished with 23 saves while improving his record to 11-2-0-1.

Hay, who got his pad up to deny Ollie Josephson while face down on the ice and took goals away from Mats Lindgren and Craig Armstrong, made 33 saves.

The Rebels improved to 16-3-0-1 and will face the Hurricanes Friday in Lethbridge before hosting the Brandon Wheat Kings Saturday in their first home game in three weeks.

“You could see the guys were ready. You could sense it this morning that they were serious and they carried it into the game,” said Konowalchuk.

Grubbe picked up two assists to go with his goal and engaged defenceman Carter Kowalyk in a second-period scrap that characterized the physical contest.

“Our captain was standing up for a teammate,” said the Rebels bench boss. “That’s the identity of the team, we’re a hard team to play against.

“That’s the kind of game we have to play —grind it out and make everyone play a 200-foot game. That’s our advantage and I thought our guys had that approach.”