Rebels dominant for long stretches but come up empty against Warriors 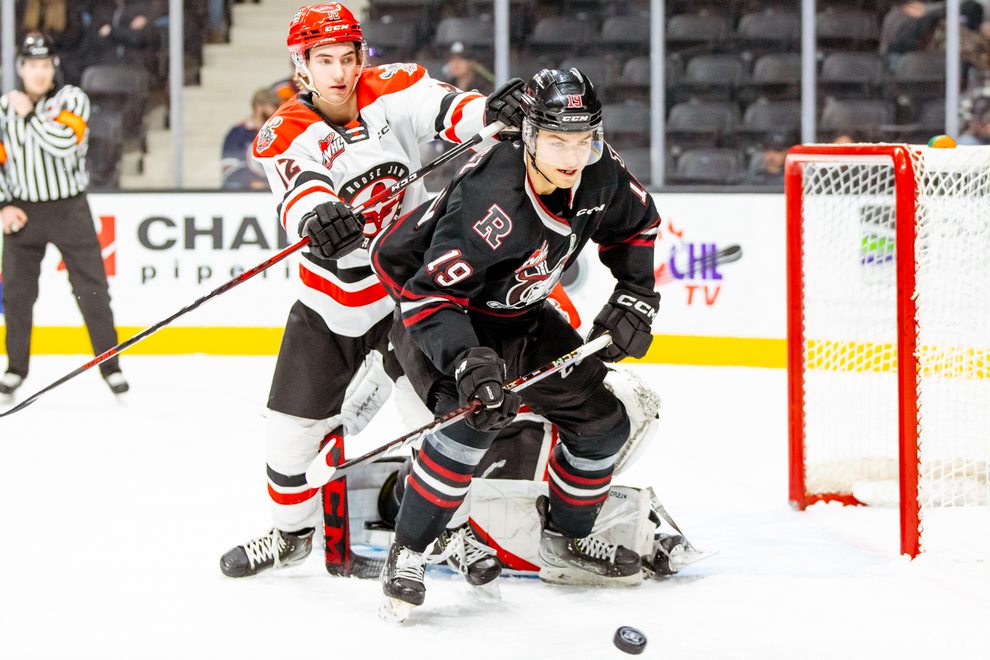 The Red Deer Rebels were the superior team for the vast majority of Saturday’s WHL contest at the Peavey Mark Centrium, but old friend Connor Ungar — traded to Moose Jaw in the off-season — got in the way.

Ungar’s 41-save performance, coupled with the Rebels’ lack of puck luck — zero to be precise — added up to a 5-2 win for the Warriors before 3,525 fans.

The time of puck possession weighed heavily in favour of the home side, but the Warriors, with Ungar holding the fort, kept their errors to a minimum, took advantage of their scoring chances and snuck away with the two points.

“I thought we outplayed them for 95 per cent of that game, but every little detail matters,” said Rebels assistant coach Ryan Colville. “We had three or four mistakes more than they did. These mistakes, they kill you in the end.”

The visitors needed just 88 seconds to open the scoring, with Brayden Yager moving into the low slot and converting a pass from Jagger Firkus.

The Rebels pulled even 36 seconds into the middle frame when Frantisek Formanek fired the puck off the end boards and Mats Lindgren was right there to put the rebound past Ungar.

The Rebels absolutely dominated the second period with a 20-4 advantage in shots, but were outscored 2-1.

The visitors restored their lead at the 8:18 mark as Matthew Gallant notched his first of the season with a point shot that found its way through a crowd and by netminder Kyle Kelsey.

Just under five minutes later, the Warriors struck again when defenceman Maximus Wanner walked in from the point uncontested and made it 3-1 with a shot to the top of the net.

“Just 10-bell mistakes. It’s not one guy, it’s a few guys,” said Colville. “We have to correct that and make sure that everyone knows that every time they’re on the ice they have to execute their role.”

Rebels standout defenceman Christoffer Sedoff cut the deficit to a single goal a mere 33 seconds in the final frame, cutting wide across the high slot and beating Ungar through the five-hole.

But Ryder Korczak answered back eight minutes later with a laser from the right circle, and, from deep in his own end, added an empty-net marker at 17:33, just seconds after Red Deer blueliner Hunter Mayo rang a shot off the cross bar.

It was that kind of night for the home side. 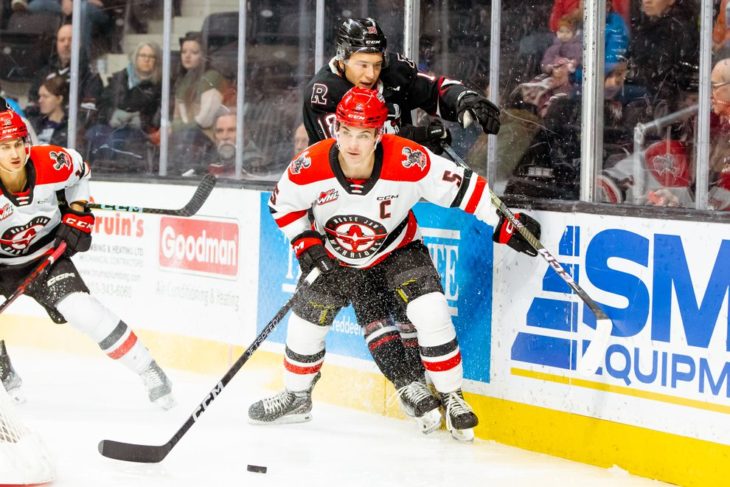 “We played hard, we had a lot of guys going tonight,” said Colville. “Everybody responded well coming off last night (a 4-3 overtime loss to the visiting Saskatoon Blades). But you get tired of the moral victories. You have to start putting up wins.”

The Rebels were without the services of top-six forward Kalan Lind, a late scratch due to a lower body injury, and of course sniper Ben King, who won’t return until January after suffering an injury in October.

“You lose a player like that, it’s always going to hurt you,” said Colville, in reference to Lind. “But you need guys to step up.

“We have a lot of guys in that room. We trust them and we think we should be able to make up for him not being here.”

The Rebels also lost forward Jace Isley for 10 minutes in the third period when he was assessed a misconduct following a questionable — at best — charging penalty to teammate Kai Uchacz, issued by referee Steve Papp.

As it was, the Rebels came up empty on five power play opportunities of their own. It was the first time in nine games where Red Deer didn’t score at least once with the man advantage.

Ungar won the battle of the crease with Kelsey, whom the Rebels acquired in an off-season swap of netminders.

“Their goalie played pretty well,” said Colville. “But we can always get hungrier around the net, dig in a bit more around the net and in the offensive zone in general . . . a little more willingness to go in the hard areas and battle for goals.

“Not all goals are going to come easy. No goals come easy.”

Notable: Kelsey made 16 saves while suffering his seventh loss of the season . . . Teammate and fellow goalie Rhett Stoesser was honoured prior to the game as the Rebels Telus scholastic player of the month for November . . . The three stars: (1) Korczak, (2) Uchacz, who picked up two assists, and (3) Ungar . . . The Warriors were zero-for-two on the power play . . . The Rebels are idle until Wednesday when they host the Medicine Hat Tigers . . . Red Deer’s annual Toque Toss game is Friday when the Edmonton Oil Kings visit the Centrium.