Andrusiak grateful to be back in WHL 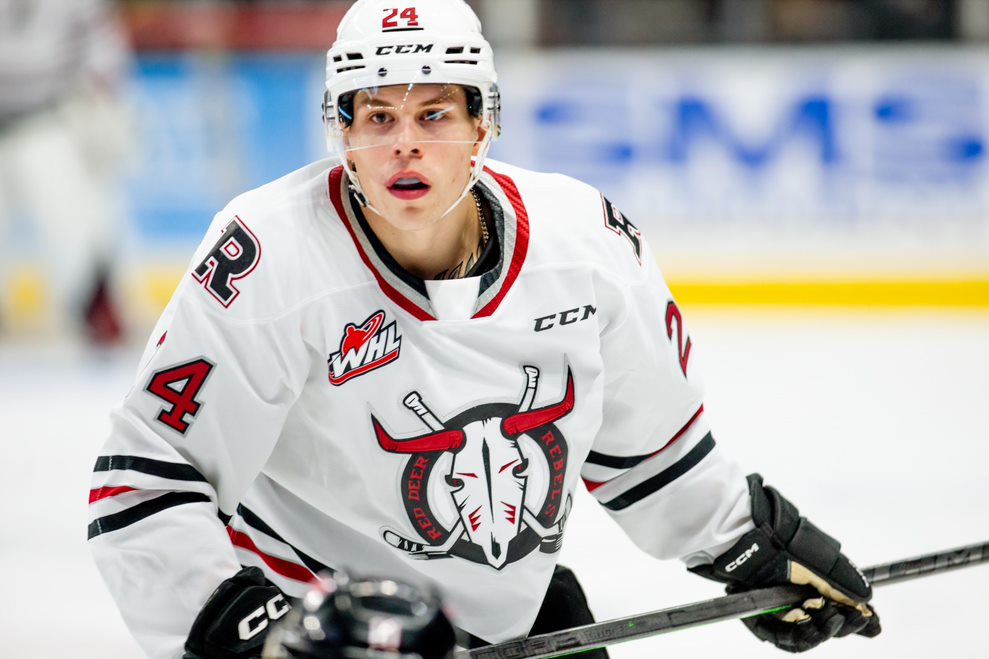 Following a pair of brief stints with the Portland Winterhawks, Nicholas Andrusiak was convinced the Western Hockey League was where he wanted to be.

The ‘Hawks summoned Andrusiak from the Melville Millionaires of the SJHL for single games in early October and mid December, but didn’t have a permanent spot for the 18-year-old defenceman.

He rejoined the Millionaires for a handful of games before being acquired by the Red Deer Rebels from Portland at the Jan. 10 deadline in return for a seventh-round selection in the 2024 WHL Prospects Draft.

Andrusiak is naturally pleased to be back at the major junior level, despite the rigid practice sessions run by the Rebels coaching staff.

“Yeah, it’s awesome. It’s hard work but it pays off in the long run,” he said Wednesday, following one of those practices. “It’s a good team to come to. There’s a winning mentality here so it’s awesome.”

Andrusiak was in his second season in Melville before getting his first taste of WHL action. It was short, but sweet, and the Tisdale, Sask., native is grateful that the Winterhawks found him a new home.

“I played one game on defence and one game at forward with them,” he said. “They just didn’t have any room for me so they did what they thought was best for me and just moved me.

“I totally agree with the move. I wanted to get back in the league and it worked out that I came to Red Deer.”

Already familiar with a few Saskatchewan natives already with the Rebels, namely Jhett Larson, Hunter Mayo and Kalan Lind, Andrusiak has had no problems getting accustomed to his new team.

“The boys are awesome. Everyone introduced themselves and that made it easier to settle in,” he said.

While the SJHL is a quality — and physical — junior A loop, puck decisions have to be made quicker in the WHL. 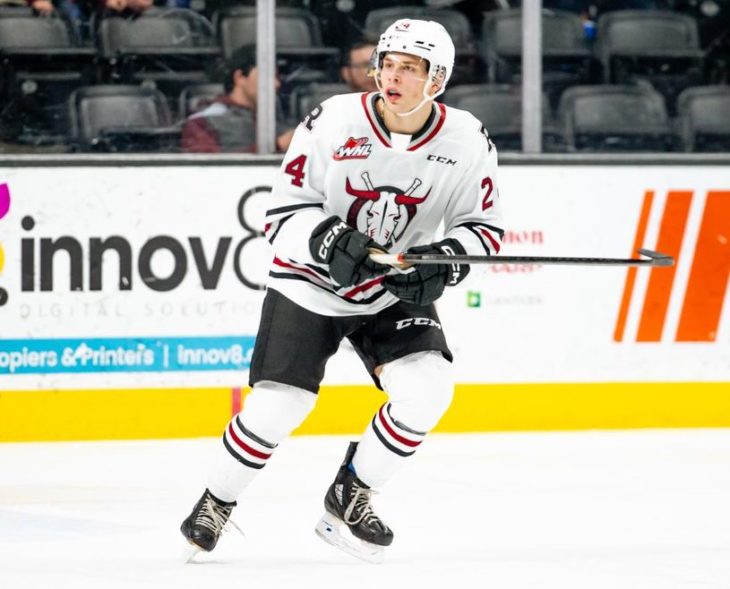 “It’s a mental game here,” said Andrusiak. “You have to really be on the ball here with your decisions, just having your head on a swivel and everything. You have to know where the guys are and just have some chemistry.”

The five-foot-10, 188-pound rearguard has been paired with second-year Rebel Matteo Fabrizi in the three games since his arrival. So far, so good, as Andrusiak has held his own while displaying his strengths.

“My physicality too . . . I’m a pretty small guy but pretty solid too I think. I like to throw the body around a bit.”

While he’s only been in Red Deer a little over a week, Andrusiak has been quick to realize that the Rebels are confident they can make a lengthy playoff run.

“Expectations are high,” he noted. “Even in practice I get harped on pretty good by Eggy (defensive coach Mike Egener) to make good, hard first passes.

“The coaches are pretty detailed when it comes to stuff like that.”

Notable: Rebels sniper Ben King has been involved in full practice this week, a good indication that he could return to action this weekend for the first time since late October. If he doesn’t play Friday against the visiting Prince George Cougars, then he’s a good bet to suit up 24 hours later when the Brandon Wheat Kings visit the Peavey Mart Centrium. King (lower body) is listed as day-to-day. Other possibilities to return to the lineup are netminder Kyle Kelsey (lower body), defenceman Marek Schneider (upper body), both listed as day-to-day, and forward Dwayne Jean. Jr., who is back with the team after being absent for a week due to a family matter . . . The Rebels will put the wraps on a busy weekend when they visit the Calgary Hitmen Sunday.