Rebels centre Uchacz has taken game to another level 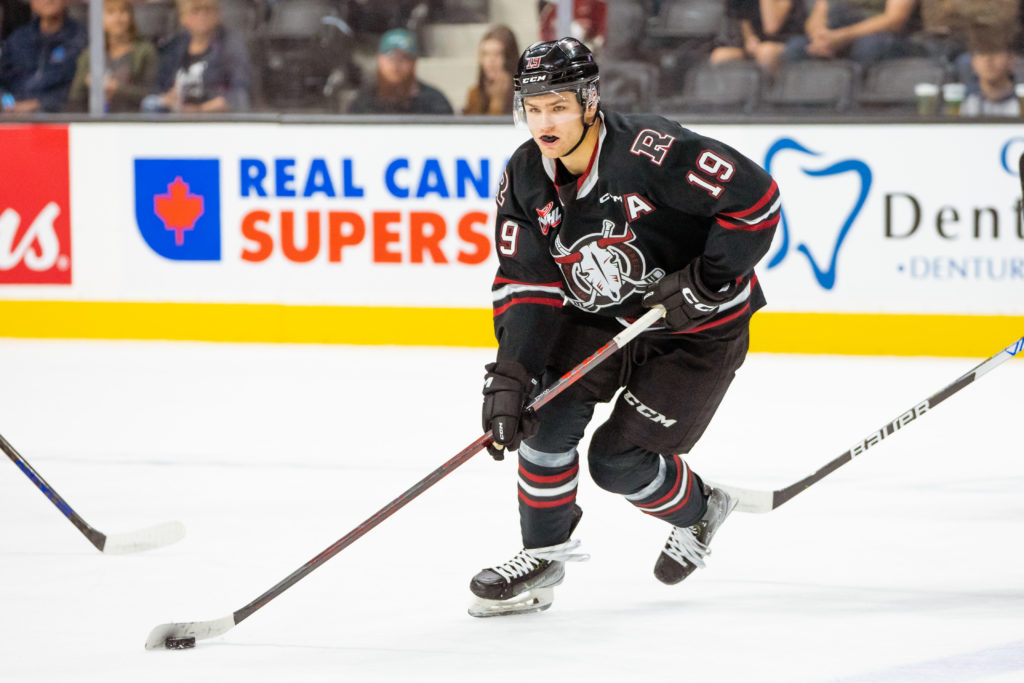 Clearly, Kai Uchacz has fully recovered from a knee injury that cost him more than two months of the 2021-22 WHL season.

The 19-year-old Rebels centre has not only put the injury well behind him, he’s become a goal-scoring machine this fall with a heavy, accurate shot and a nifty set of wheels.

Uchacz has sniped 16 goals — second in the WHL to Connor Bedard’s 18 — this season to help his team to a sterling 16-3-0-1 record and possession of second place in the Eastern Conference.

“I’m getting the bounces right now, pucks are going in,” said the 193-pound native of De Winton, who stands a shade under six-foot-two.

“Coming into the year I wanted to build off last year and from my injury. Things are going well right now so I’m just going to keep working hard.”

Rebels head coach Steve Konowalchuk noted that Uchacz, who has also collected eight assists for a team-leading 24 points, is performing at a higher tempo during his second season with the club.

“The biggest thing is his speed is there. Last year you’d see it at times, but he didn’t always play a fast game,” said the Rebels bench boss.

“You need to play that way to stay on top of your game. I think that’s the biggest thing with him.”

Uchacz, who was acquired from the Seattle Thunderbirds in July of 2021,  also has a great release that has found the target more times than not. In addition, he’s become a two-way threat with his attention to detail and a solid work ethic.

“I’ve been shooting a lot and they’ve been going in so far,” he said. “I worked on my shot a lot during the summer as well as different zone entries and corner work, a lot of on-ice development drills.”

“He has a good shot,” added Konowalchuk. “He’s thinking shoot a bit more and that’s good.

“And really, for the most part the last month he’s been at the top of his game with his work ethic and focus. It sure helps him to be a top player in the league.”

With his size and speed, Uchacz plays a physical power game that creates all types of problems for opposing defencemen. 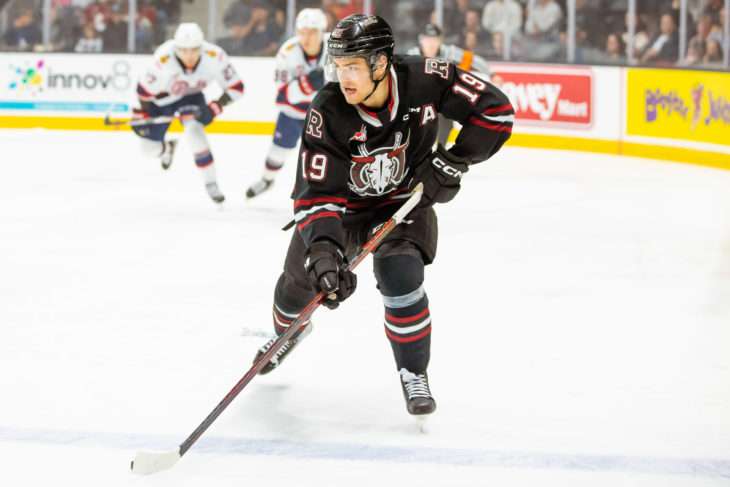 “He’s a two-way centerman, not a guy who cheats for offence or really can cheat for offence,” said Konowalchuk. “He’s a puck possession guy who plays well defensively and can carry the puck out of our end.

“He creates offence by grinding other teams with his size and strength. Coupled with the big shot, that’s a big part of his game.”

Uchacz has also become Mr. Clutch for the Rebels. Included among his 16 goals are four game winners — second most in the league — so he has no problem with rising to the occasion.

The Rebels established franchise and modern-day WHL records by opening the season with 15 consecutive wins before losing four straight on a recent six-game jaunt into Saskatchewan and Manitoba.

They snapped out of the mini-slump Tuesday with a convincing 4-1 victory over the host Edmonton Oil Kings.

“We all knew we had to get in the win column and we all came prepared,” said Uchacz. “We went over video and knew what we had to do. We came with our work boots on and needed that win.”

The Rebels will be out to build on the momentum Friday in Lethbridge, the team’s last of nine straight road games.

Notable: Hunter Mayo has notched six power play goals this season, the most among WHL defencemen and second-most among all WHL players . . .  Rebels rookie Kyle Kelsey is third among WHL goaltenders with a 2.13 goals-against average and fifth in save percentage at .919.