Rebels carry much of play but fall to Lethbridge in shootout 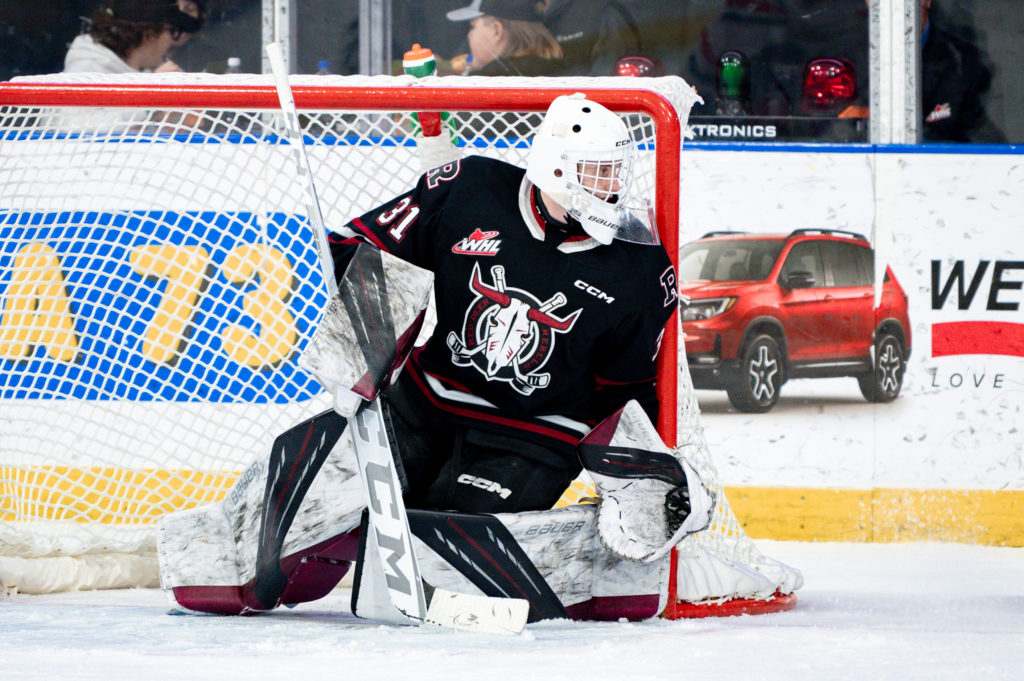 LETHBRIDGE — The Red Deer Rebels were the better team for more than 40 minutes Friday night at the Enmax Centre, but had to settle for a single point in a 3-2 WHL shootout loss to the Lethbridge Hurricanes.

The Rebels opened the scoring when Mats Lindgren moved down from the point and connected from a scramble a mere 2:40 into the contest during a Red Deer power play.

But the visitors were then assessed the next eight minutes in penalties and the ‘Canes pulled even on a man advantage goal from Tyson Zimmer late in the period.

The Hurricanes pulled ahead on a breakaway goal by Logan Wormald, fresh out of the penalty box, midway through the second period.

But the Rebels continued to push and pulled even with a wrap-around from Jayden Grubbe early in the third.

Still, the Rebels could take some solace in the fact they were able to rebound from a short-handed first frame in which there were outshot 16-4 to gain a single point.

“The further the game moved along the better the team started playing,” said Rebels head coach Steve Konowalchuk. “It was a hard grinding game. We generated some scoring chances but just couldn’t finish them off.”

The Rebels were on their heels in the opening period due to a bench penalty, a double tripping minor assessed to Frantisek Formanek and a delay of game infraction assessed to Christoffer Sedoff.

“We don’t want to dwell on them,” Konowalchuk said of the series of Red Deer infractions. “The thing is the longer the game went on the more we were playing our game and generating chances.

“Now we have to get ready for tomorrow.”

The Rebels bench boss was referring to a Saturday at 7 p.m. meeting with the Brandon Wheat Kings at the Peavey Mart Centrium, the team’s first home game in three weeks.

Notable: Kyle Kelsey turned in a strong performance in the Rebels net with 33 saves. He took a goal away from Zimmer with a glove stab in overtime . . .  Meneghin was equally as impressive at the other end, turning in a 35-save outing, including a highlight stop on Grubbe during a third period two-on-one break . . . The three stars: (1) Zimmer, (2) Kelsey and (3) Meneghin.