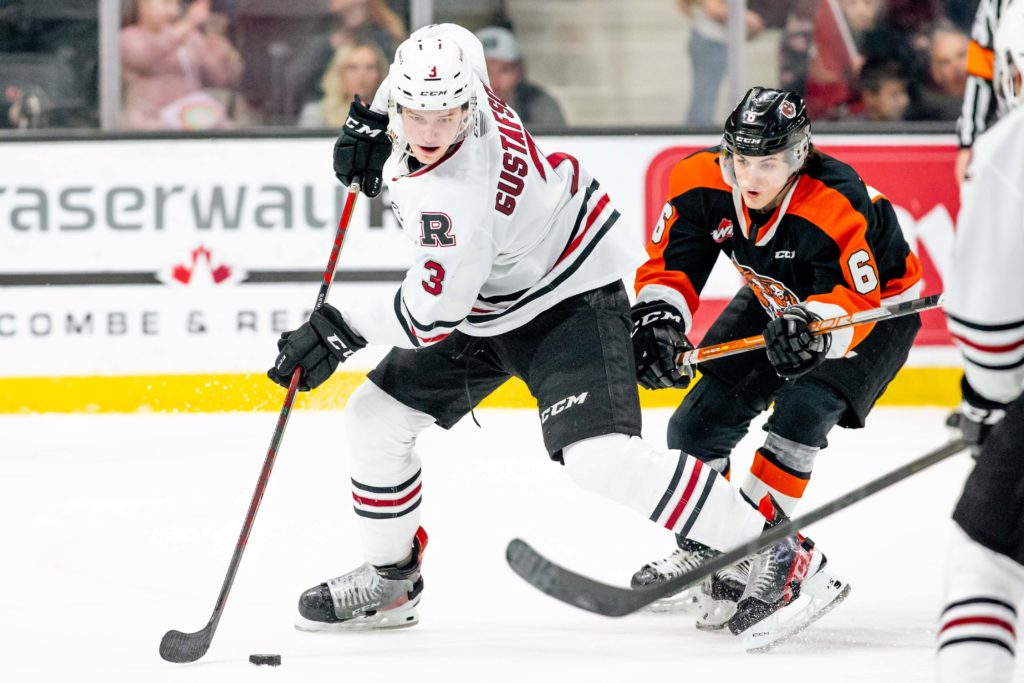 The Red Deer Rebels enter the 2022-23 Western Hockey League season with a rock solid defence, but also with a young forward group and an inexperienced goaltending tandem.

The Rebels will be even better on the blueline and will get a boost up front if Christoffer Sedoff and last season’s league leading sniper Ben King, both 20, return from the pro ranks.

King was selected by Anaheim in July’s NHL entry draft and is at the Ducks main camp, while Sedoff is attending the Calgary Flames main camp after showing well — as a free agent — at the recent Young Stars tournament in Penticton.

The Rebels would certainly welcome both back, but neither has signed a pro contract and NHL teams can only carry so many.

Rebels owner/president/general manager Brent Sutter isn’t worried about the prospect of losing one or both to the pro level.

“That’s part of our job here — to develop players,” he said this week. “We’ve made plans like Kinger and Seds are not going to be back, and if they are then great. But our whole focus is with the group that we have here. Whatever the NHL teams decide with those overagers, they’ll decide.”

If Sedoff and King both return, the Rebels will have five overage players with forward Jace Isley and defencemen Blake Gustafson (pictured above) and Tanner Brown also in the fold.

The team will have until mid October to cut that number to three.

Another decision would have to made regarding imports. Sedoff, from Finland, counts as one, as do Czech rookie defenceman Vojtech Port and second-year Czech forward Frantisek Formanek, and teams are allowed to keep two.

Youth is the buzzword with the team’s forward ranks, with the Rebels currently carrying five rookies.

“That’s part of our league, there’s changeover every year,” said Sutter. “You have to develop these young players, they have to take on more roles and earn more ice time with how they play.

“It’s always a work in progress. Every team has new players every year.”

The rookies currently on the Rebels roster — Ollie Josephson, Escalus Burlock, Carson Birnie, Zane Saab and Arjun Bawa — all played in two or more exhibition games this month against the Calgary Hitmen and Lethbridge Hurricanes, who both iced older rosters.

Partly as a result, the Rebels were zero-for-four in the preseason, a statistic that doesn’t bother Sutter.

“I don’t get caught up in exhibition games, just how our guys are playing,” he said. “You’re trying to mold your team and you’re never fully in synch until all your guys are back (from NHL training camps).

“You just make the best of what you have in place now.” 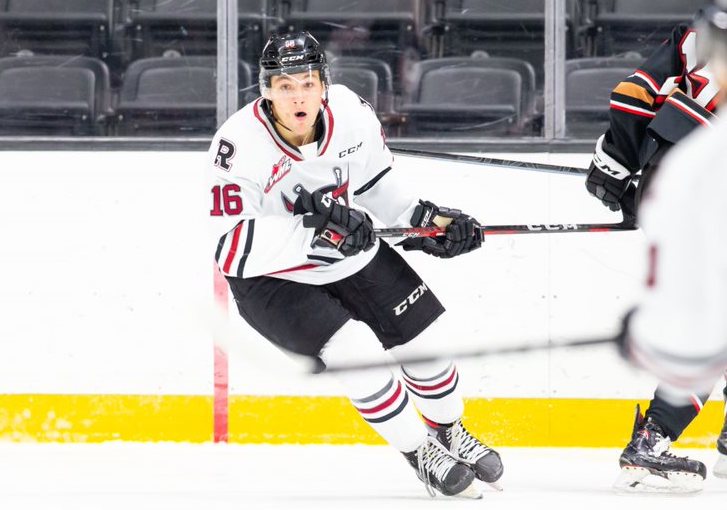 The Rebels defence is currently without NHL campers Mats Lindgren (Buffalo) and possibly Sedoff. Jace Weir was back with the team Tuesday after attending the Vegas Golden Knights rookie camp, joining fellow returnees Gustafson, Hunter Mayo and Matteo Fabrizi, as well as Brown and rookies Quentin Bourne and Port.

The blueline corps is likely as good as any in the league.

“We have a really good defence, as good as we’ve had here since 2016 (Rebels Memorial Cup hosting year) as an overall group,” said Sutter.

“We like our defence, it will be the strong point of our team.”

With the loss of projected starting netminder Chase Coward due to a congenital defect with his lower body, the Rebels will go into the season with a rookie tandem of Kyle Kelsey and Rhett Stoesser.

The medical condition was exposed to Coward after he underwent testing during the Buffalo Sabres development camp this summer.

“No one would have thought we would have something like this thrown at us at the end of July,” said Sutter.

“For him to find out the situation and then decide to quit playing . . . we were always going to support his decision 100 per cent. It was certainly surprising to everyone here that this came about because he’s never had an issue with his hips.

“But it is what it is and you have to move on. We can’t dwell on that.”

Neither Kelsey, 18, nor Stoesser, 17, has any WHL experience outside of this month’s preseason games. Kelsey has junior A experience after a solid 2021-22 season with Victoria of the BCHL, while Stoesser stopped pucks at the U18 AAA level last winter.

Sutter isn’t pushing the panic button regarding his last line of defence. On the contrary . . .

“The two goalies we have here, do they have to prove themselves in this league? Yes, but every goalie in the league has to at some point. It’s not like it’s something that can’t be accomplished and I have a lot of confidence in Gordo (goaltending coach Ian Gordon) in working with these guys.”

The Rebels will run with the rookie stoppers with the notion of a trade for an older netminder way back on the burner, basically non existent. Teams don’t trade starters and  there’s no guarantee another team’s back-up would be superior to either of the Red Deer freshmen.

Neither goalie has a particular style of play, which is far from an issue with Sutter.

“I’m not going to panic,” he added. “We have to give it time and see how it develops . . . stay patient and let things sort themselves out.”