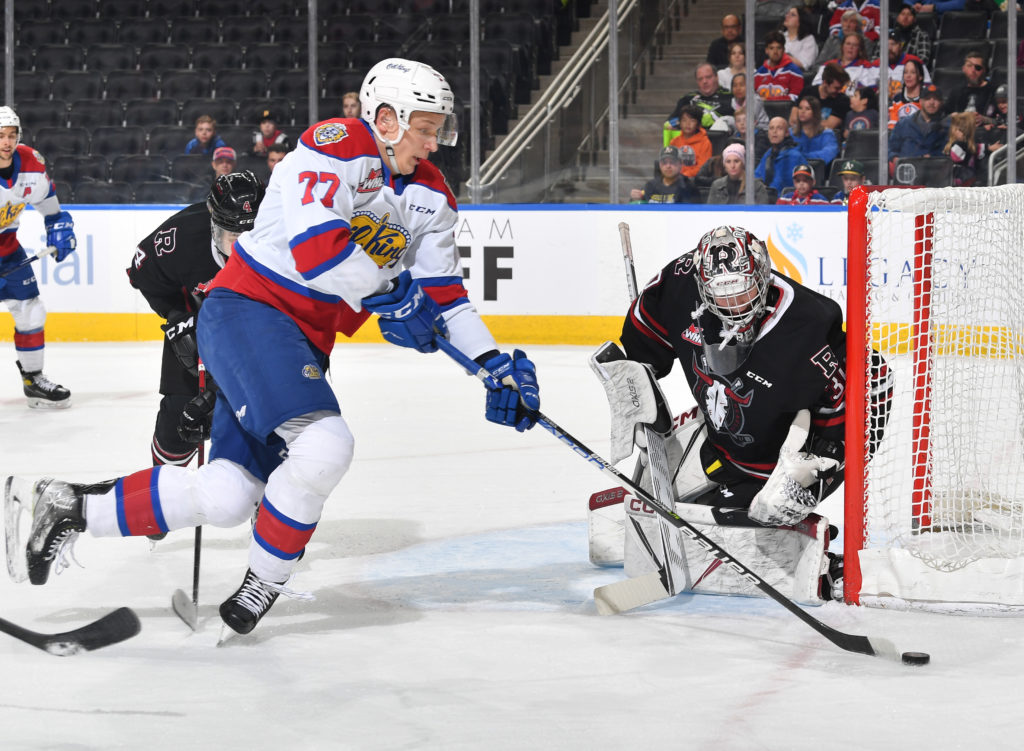 The Red Deer Rebels were shut out for a second consecutive game in their WHL Eastern Conference semifinal versus the Edmonton Oil Kings, falling 5-0 Saturday in front of 4,904 announced fans at Rogers Place.

Coupled with Thursday’s 4-0 victory, the Oil Kings grabbed a 2-0 lead in the best-of-seven series which continues with Games 3 and 4 Monday and Wednesday at Red Deer’s Peavey Mart Centrium.

The Rebels were still alive through two periods of Saturday’s outing, trailing 2-0 despite carrying their share of the play in the middle frame.

But a penalty-shot marker by Justin Sourdif early in the third period — called during a Red Deer power play to make it even more painful — all but sealed the Rebels’ fate.

“The second period we got going and were pushing a bit. But that third goal was a big one,” said Rebels head coach Steve Konowalchuk.

“If we can get that 2-1 goal we would have had more jump in our step. It was 2-0 and we were pushing and if we can find a way to get that next goal it could have been a different game. But it didn’t happen and it got away from us.”

Indeed it did, as Jakub Demek potted an extra-man tally just over four minutes later and former Rebel Jaxsen Wiebe notched his second goal of the game, short-handed, near the midway point of the final frame. Wiebe appeared to pull down Rebels defenceman Jace Weir before beating netminder Chase Coward wide with a backhand.

Regardless, the Rebels were never going to emerge victorious without getting one or more pucks behind Oil Kings netminder Sebastian Cossa.

The Rebels’ power play, despite holding the puck inside the Edmonton zone for the most part, fired blanks on seven man advantage opportunities after going zero-for-two Thursday.

“That’s usually a weapon of ours, but it’s certainly not clicking the way it was,” said Konowalchuk. “To be honest a lot of it is our execution. We have the puck and it’s there to make plays and we’re not executing.

“We (coaching staff) can diagram and show them so many things, but they’re hockey players and they have to be able to see the play and make the play.

“They are there to be made. They have to find a way to get it done.”

Arshdeep Bains and Ben King finished one-two in league scoring during the regular season and Christoffer Sedoff had more power play assists than any other WHL defenceman, but so far, crickets.

But as Konowalchuk pointed out, it’s a team game and every player can produce more.

“Some guys I thought started the game well, some guys didn’t,” he said. Everyone in that locker room knows what they can bring and can’t bring.

“It’s all about next game to make sure we do whatever we can to have everybody’s best game. Get that next game and it’s a series.”

Clearly, the Rebels have to use home ice as a serious advantage.

“Not matter how it feels right now, you get that next game and the series is on again,” said Konowalchuk. “That’s the only way we can approach it right now.

“The guys in our locker room know they can be better and we have a group that cares as much as any group in the league. But certainly we haven’t played our best in either of these first two games.

“They took care of their home ice, now we have to take care of our home ice. We have last (line) change and we can use that to our advantage.”

Notable: Wiebe and Dylan Guenther accounted for Edmonton’s first two goals, both in the second period . . . Coward finished with 34 saves while Cossa turned aside all 26 shots he faced . . . The Oil Kings were one-for-five on the power play . . . The three stars: (1) Wiebe, (2) Cossa and (3) Sourdif. 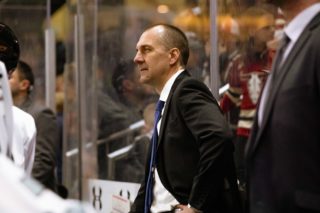 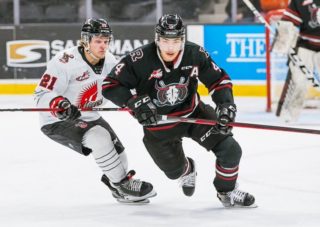 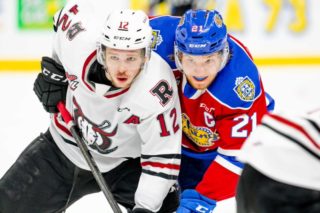 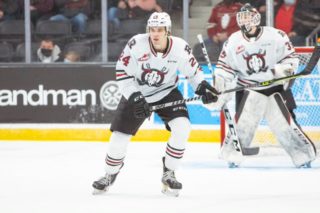 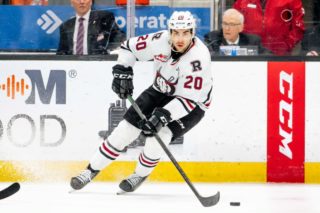 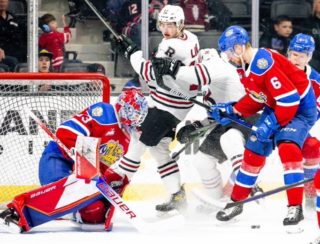