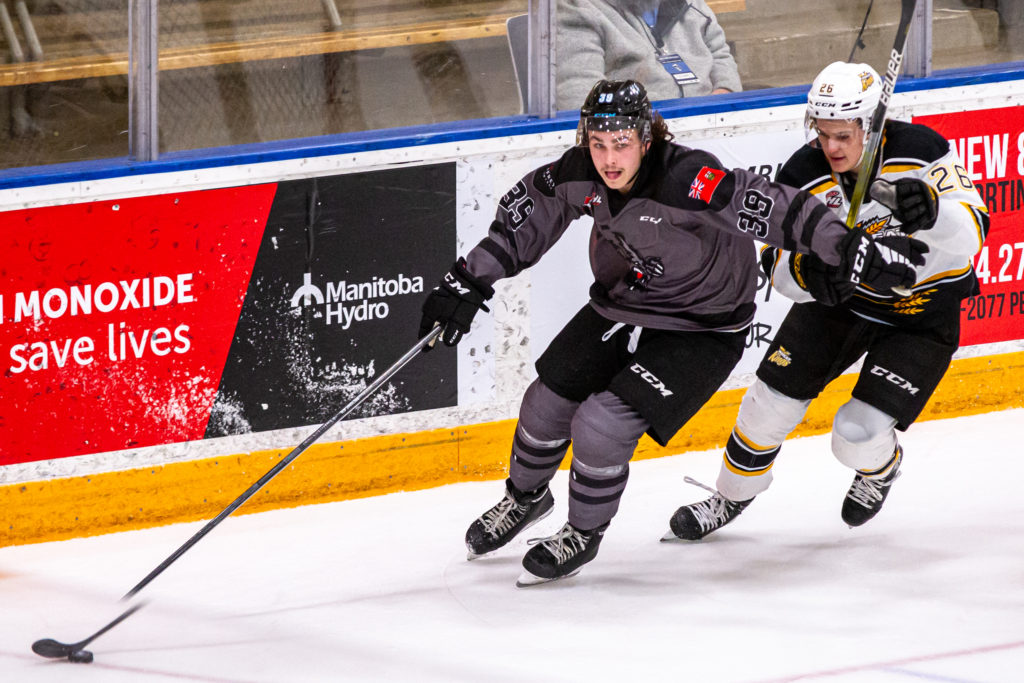 The Red Deer Rebels covered a pair of bases with this week’s WHL trade with the Winnipeg Ice.

The Rebels added experience to their blueline with the acquisition of veteran Tanner Brown (pictured above. No. 29) and also gained some overage depth heading into the 2022-23 season.

Unsure of the status of 20-year-olds Ben King — selected by Anaheim in this year’s NHL entry draft — and Christoffer Sedoff after both attended NHL prospects camps last week, Rebels general manager Brent Sutter swung the deal with the Ice.

The Rebels also got a seventh-round pick in the 2023 WHL Prospects Draft in return for little-used forward Josh Medernach, 19, and a third-round draft selection next year.

“He’s a good player, someone who the coaches can play in a lot of different situations,” said the Rebels boss. “We’re happy to add him to our back end.”

Brown, who turns 20 in October, spend two and a half seasons with the Vancouver Giants before being dealt to Winnipeg in January. In 67 regular-season games split between the two teams in 2021-22, he scored seven goals and collected 26 points. He then added six assists in 15 playoff games.

“He’s just a real steady guy, a very reliable, dependable player,” said Sutter. “He finishes checks and is a good skater who moves the puck well. We’re certainly happy with the trade.”

Disregarding the status of King and Sedoff, the Rebels still have four overage players — forward Jace Isley and defencemen Brown, Blake Gustafson and Joel Sexsmith — on their roster, although that could change with another summer transaction. WHL teams are allowed to carry three overage players.

Forward Dallon Melin, also 20, recently cleared WHL waivers and won’t be back with the team.

“We’ve been making plans like Seds and Kinger aren’t going to be back, and if happens that they are we’ll make those decision at that point in time,” said Sutter.