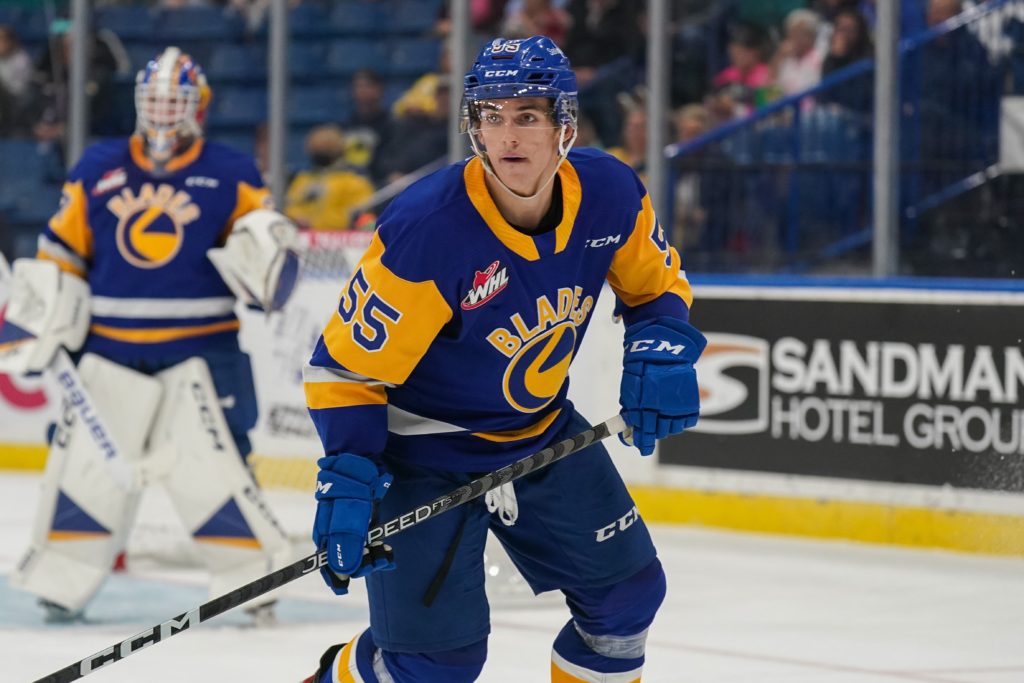 RED DEER – Red Deer Rebels Owner/President/General Manager Brent Sutter this morning announced that the club has completed a trade with the Saskatoon Blades.

Schneider, a native of Prince Albert, SK, was selected by Saskatoon in round two, 30th overall at the 2018 WHL Prospects Draft. He has eight points in 78 career games with the Blades.