Rebels’ 2020-21 roster will be top-heavy in returning players 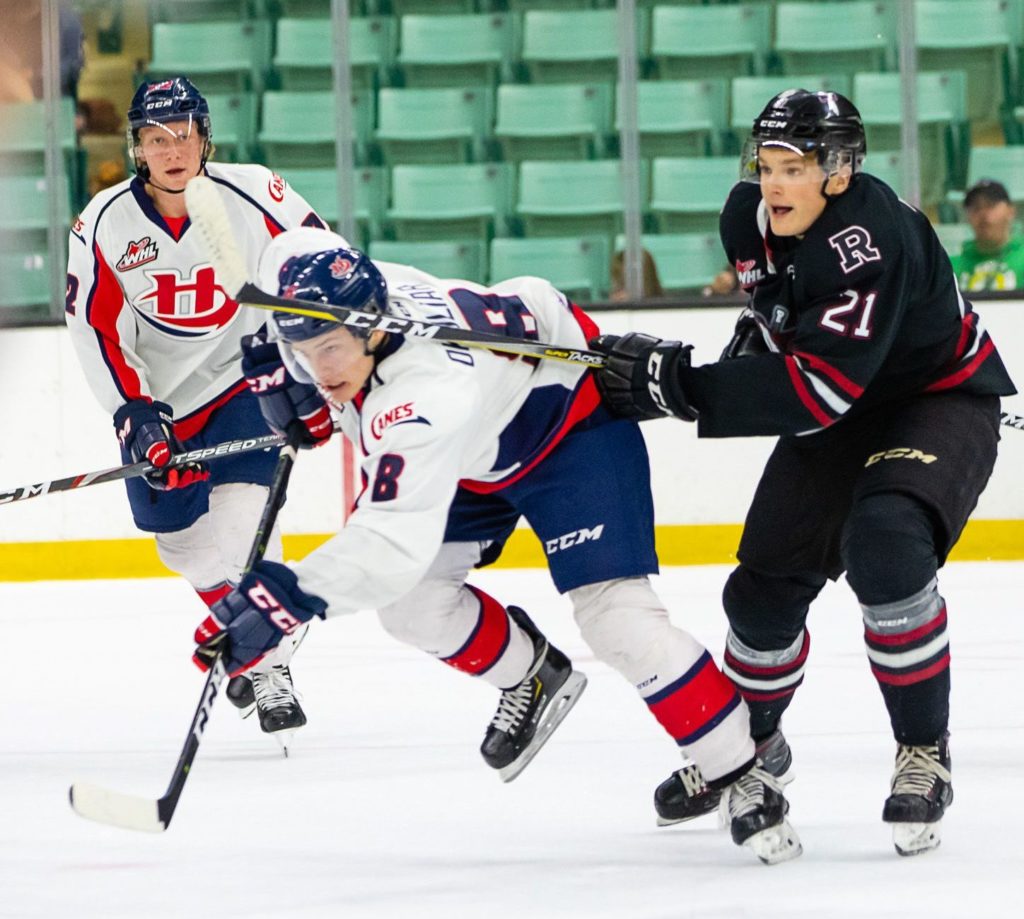 When the 2020-21 Western Hockey League season finally starts, the Red Deer Rebels will operate with primarily the same team as in 2019-20.

With the exception of two or possibly three players, the Rebels’ returning roster will be basically identical to one that closed out the previous campaign.

“The health authorities will tell us how many people are allowed to be part of our cohort,” said Sutter. “We’ve been told 30, including players and staff.

“As we get closer to the start date (Jan. 8), all those things could change. We haven’t got too far ahead with plans because we know things can change as to how many players we’re allowed to have.”

As a result, outside of the returning 18 to 19 players and defenceman Trey Patterson and forward Josh Medernach, both of whom suited up with the Rebels on a limited basis last season, there may not be many — if any — open roster spots.

“Of course if things change that will detemine if some of our 16-year-olds will fit into the picture,” said Sutter, referring to the likes of defencemen Hunter Mayo and Jace Weir and forwards Jhett Larson and Carter Anderson, all of whom are playing at the midget AAA level.

Mayo is with the Saskatoon Blazers and has scored twice and added one assist in four games, while Weir has picked up two assists in four games with the Okanagan Rockets.

Larson has excelled with the Notre Dame Hounds with five goals and 12 points in six games, and Anderson has contributed one goal and three helpers in two games with the Winnipeg Wild.

“I’ve watched these guys online this season. Many of the players on our list, including these guys, I’ve watched a lot . . .  some guys literally every game,” said Sutter.

Among the confirmed Red Deer roster players, Patterson is recovering from an off-season injury and will resume skating in short order, and Medernach is skating with a group in Edmonton that includes Rebels defenceman Kyle Masters.

Meanwhile, five players are with junior A teams and others are skating and training with groups of varying sizes while awaiting the start of the WHL season. 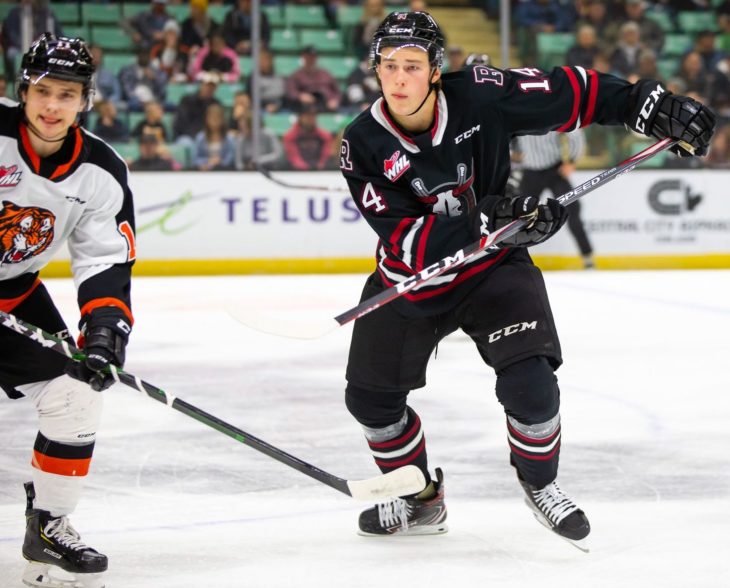 Meanwhile, defenceman Mason Ward has yet to appear in a regular-season game with his hometown Lloydminster Bobcats, but is on the team’s roster.

“A couple of other guys are currently practising with junior A teams,” said Sutter, referring to forward Josh Tarzwell and defenceman Chase Leslie.

As for the remainder of the Rebels roster players . . .

“Some guys are training off ice and others are skating where ice is available,” said Sutter.

Notable: Chase Coward remains as the Rebels’ top goaltender prospect after appearing in two WHL games last season. The 17-year-old just recently rejoined the midget AAA Moose Jaw Warriors . . . Sutter is excited about the major junior potential of recently listed forward Holden Doell, who captured the Saskatoon midget AAA scoring title last season with 26 goals and 77 points in 42 games with the Beardy’s Blackhawks. Doell, who will celebrate his 17th birthday on Dec. 1, also picked up three assists in three games with the junior A Battleford North Stars last winter, and currently has two goals and five points in two games with the midget AAA Saskatoon Blazers . . . Kalen Lind, the Rebels first pick — sixth overall — in this year’s WHL bantam draft, is currently the Saskatchewan midget AAA loop’s leading scorer. The 15-year-old forward has exploded for seven goals and 14 points in six games with the Saskatoon Contacts.

Stepping down as head coach in best interest of players: Sutter
17 hours ago

Brent Sutter steps down as Rebels head coach
20 hours ago