Raiders show plenty of finish in victory over Rebels 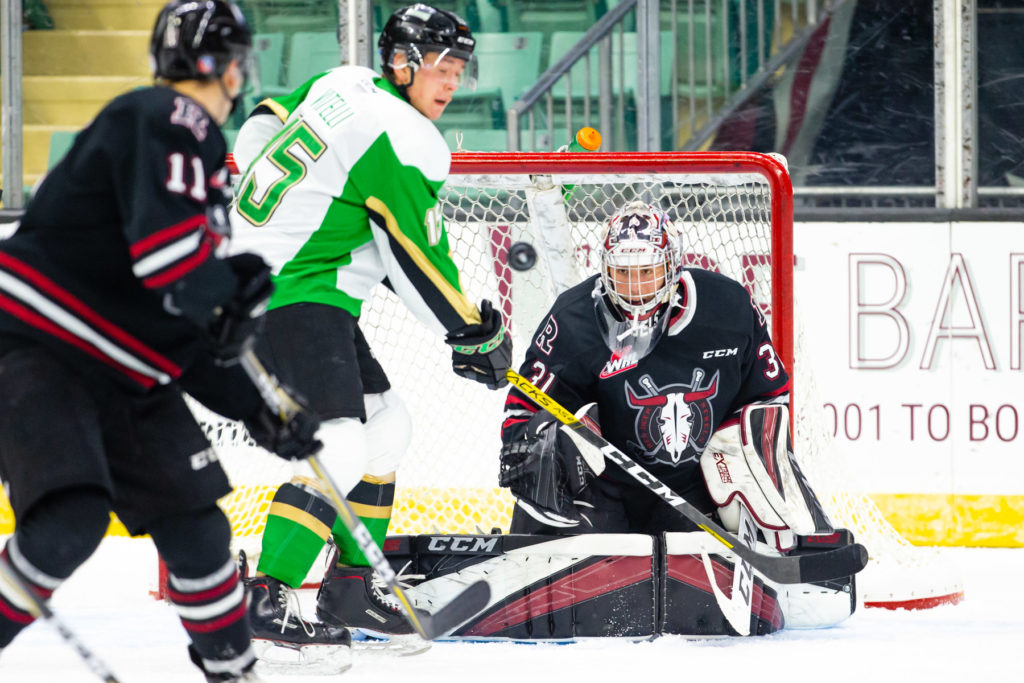 The Prince Albert Raiders were opportunistic and the Red Deer Rebels, the opening period excepted, were along for the ride.

It all added up to a 7-1 Western Hockey League spanking administered by the visitors in front of 3,458 fans Wednesday evening at the Centrium.

What did Rebels GM/head coach think of his club’s performance?

“After the first, not every good at all,” he stated. “We just had too many guys who just became passengers after the first period.

“That’s the tough thing with our group. If we don’t have everyone pulling together and playing the right way . . .”

The Rebels carried the play for much of the first frame and were up 8-0 in shots by the midway point.

But the hosts lost their momentum late in the period when Chris Douglas and Ethan Sakowich were assessed penalties.

“I thought the first period we were fine, but that can’t happen,” Sutter said of the penalty to Sakowich. “It’s a bad penalty. You’re down a man, you can’t cross check somebody and think you’re not going to get a call.

“Unfortunately it’s a 20-year-old that does it, one of your leaders. And then it just seemed to snowball after that.”

The Raiders pulled away with a pair of second-period markers and potted four more in the third.

Justin Nachbaur made it 2-0 just past the midway point of the second when he converted a rebound from the edge of the crease, and Tyson Laventure connected two minutes later from a goalmouth scramble. 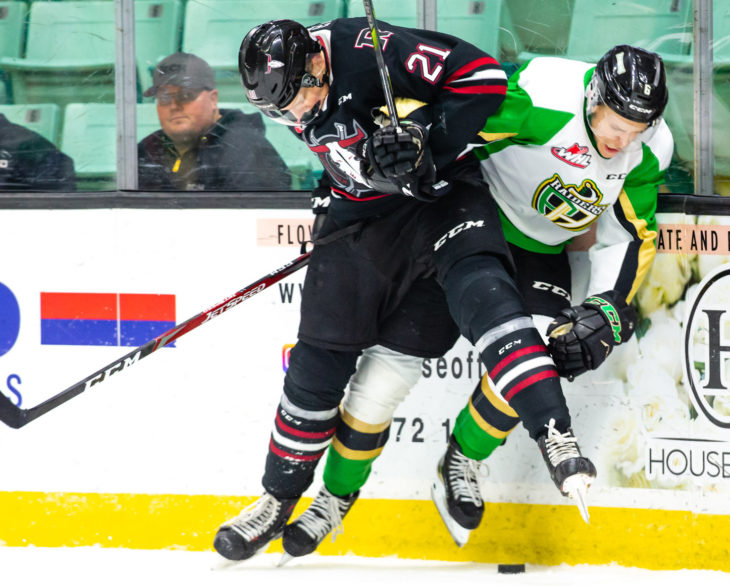 “Outside of two lines we had no emotion, no life in the last four to five minutes of the second period,” said Sutter. “When we got some action in their zone it was all just work, being competitive and working.”

Unfortunately for the Rebels, there was little of that happening in the final period.

The Raiders got a fourth goal, a power-play tally, off the stick of Spencer Moe who was left alone in front, and then another from Jakob Brook two minutes later when he broke in alone and beat Anders high to the glove side.

Aliaksel Protas notched his team-leading 15th of the season, another power-play goal, when he zipped down the left boards and ripped a shot to the far side of the net, and Evan Herman rounded out the Raiders onslaught on a two-on-one break.

Jayden Grubbe, with his second of the season, ruined Boston Bilous’ shutout bid with a rising rocket from low in the right circle with 1:38 remaining.

Anders, hung out to dry on several occasions, faced 30 shots while Bilous finished with 24 saves.

“I think they had three goals on their first 12 shots. That’s not good enough,” said Sutter.

“It was a night where after 20 minutes there was a lot of breakdowns. Our focus seemed to go the wrong way.”

Notable: The Raiders were two-for-five on the power play, the Rebels zero-for-six . . . Selected as the three stars were (1) Herman, (2) Bilous and (2) Guhle . . . The Rebels return to action Saturday versus the visiting Lethbridge Hurricanes.