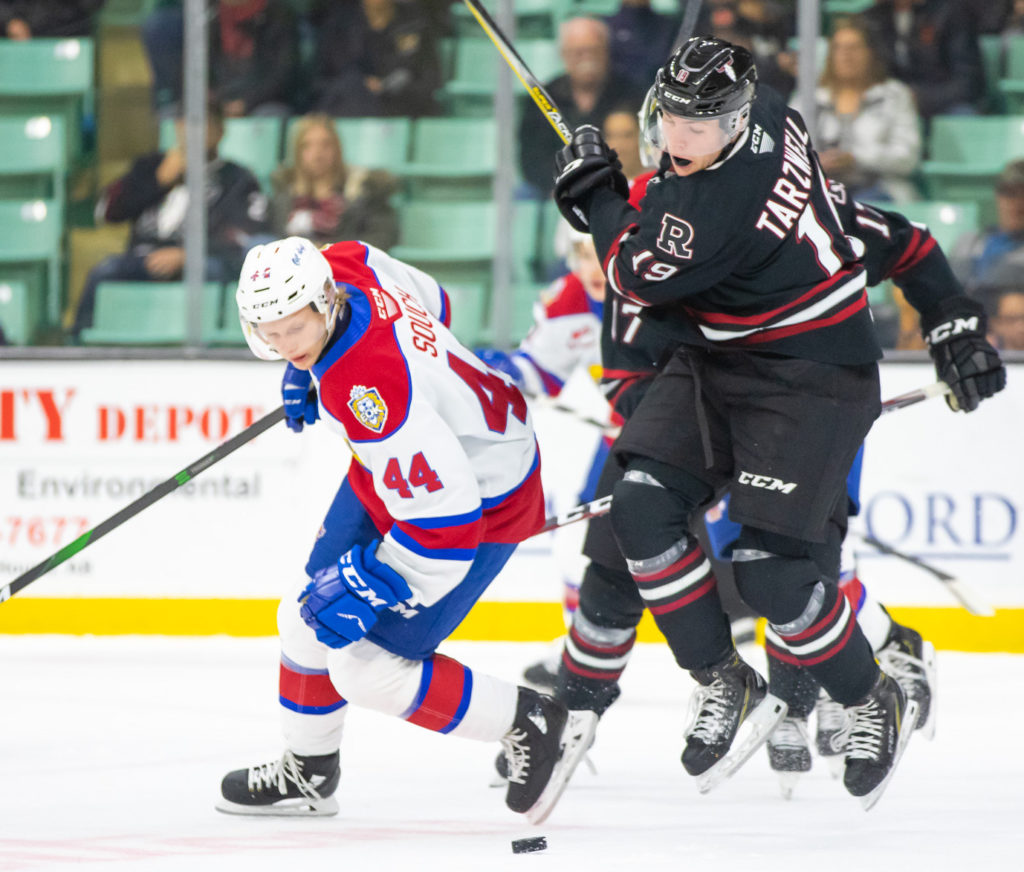 The Edmonton Oil Kings fired three unanswered first-period goals Friday at the Centrium and were already well on their way to a 5-1 WHL win over the Red Deer Rebels.

“I thought the first period hurt us. When you put yourself down three in the first it makes it tough to come back against a team like that,” said Rebels GM/head coach Brent Sutter.

“And it was basically three freebies.”

Riley Sawchuk opened the scoring for the visitors before many of the 3,638 fans had settled into their seats, finishing off a three-way passing play with David Kope and Jake Neighbours a mere 1:56 into the contest.

Jalen Luypen redirected a point shot by Dylan Guenther past Rebels netminder Ethan Anders eight minutes later and Josh Williams scored directly off a Brett Davis giveaway to round out the opening frame.

“You turn the puck over inside the blueline on the first goal and allow a three-on-two. On the second one we run out of position and they get a clear shot from the point,” said Sutter.

“The third one you’re trying to be cute coming out of the zone as the last man, you’re a forward and you turn the puck over and it ends up in our net.

“You’re down three and it’s a good hockey team. We keep saying it has to be another learning curve for us and hopefully we’re learning from it.”

Chase Leslie snapped the shutout bid of Oil Kings goalie Sebastian Cossa late in the period after being sent in alone on a pass from Zak Smith.

The third period was scoreless. 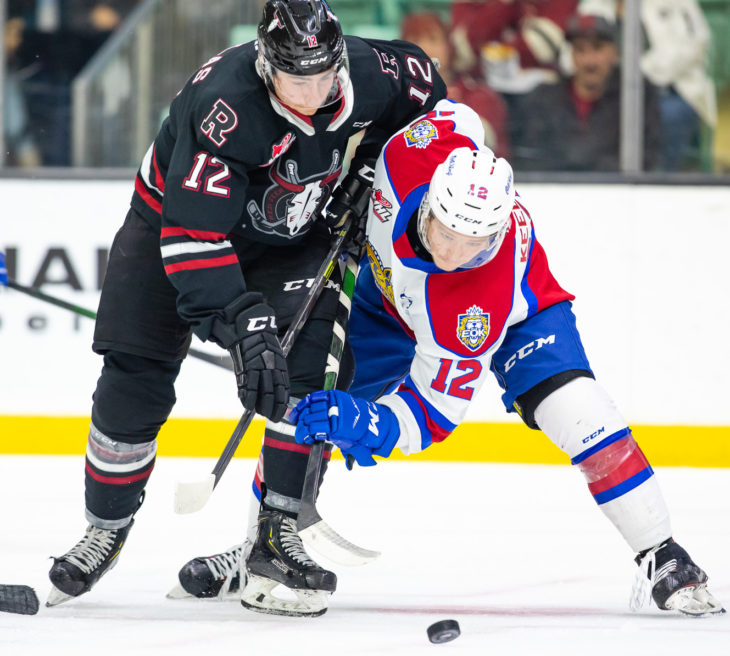 Sutter said his squad had a solid week of practice, “probably the best we’ve had all year,” but were far too inconsistent Friday.

“When you work on certain things in practice you have to implement them in a game,” he said. “Tonight when we did it we were pretty solid, but when you get away from that and try to play east-west hockey we get soft on pucks. Then you start having turnovers and you spend too much time in your own zone.

“That happened at different points tonight, but when we did it the right way we were fine, we can play with anybody. It’s a mental thing to be able to stay with your game for 60 minutes. You can’t have one good period and one not good period, one good shift, then not a good shift.”

The Rebels will attempt to snap their three-game losing streak Saturday when the Regina Pats visit the Centrium. The Pats, who have won just once this season, lost 2-1 to the host Lethbridge Hurricanes Friday.

“You can’t feel sorry for yourselves,” said Sutter. “I told the kids we have to keep our chins up, our chests out and keep working at our game and keep making our game better as we go.”

Anders was pulled after the Oil Kings fifth goal and finished with 18 saves on 23 shots. Byron Fancy stopped all 16 shots he faced the rest of the way.

Cossa made 21 saves for the Oil Kings, who were one-for-five on the power play. The Rebels were zero-for-five with a man advantage.