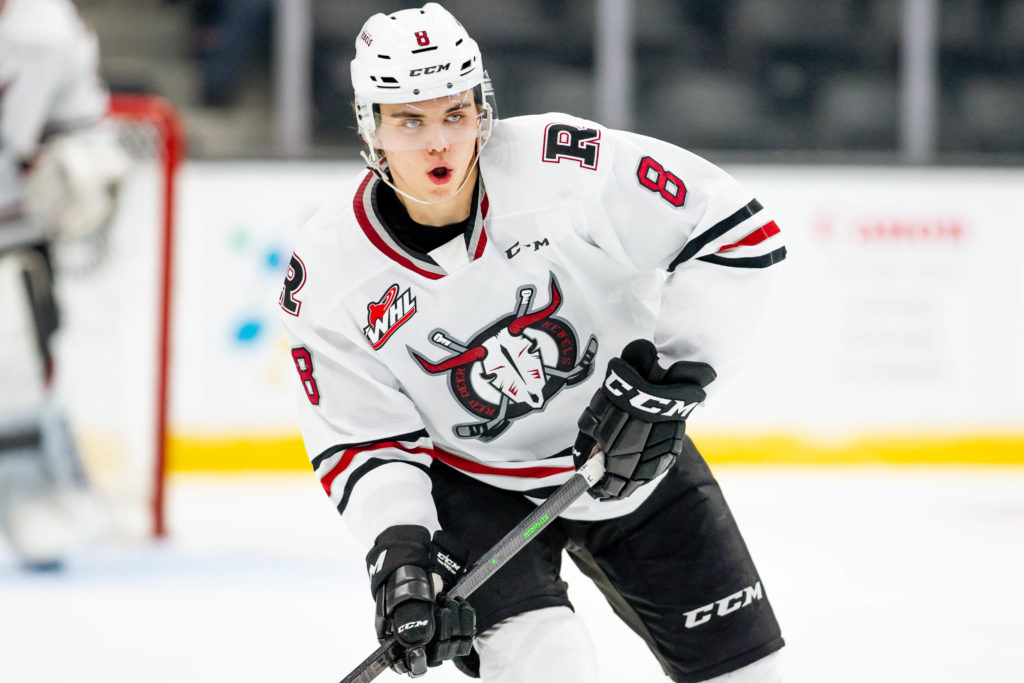 Red Deer Rebels defenceman Jace Weir didn’t have to deal with many of the off-the-wall questions put forth at the NHL combine last week at Buffalo, N.Y.

The Combine, featuring 96 players from Canada, the United States and overseas, was back on after a two-year absence due to the pandemic, but the questions asked of some of the players eligible for this year’s NHL entry draft were pretty much of the same ilk as in past years.

Some of the examples: “What animal do you compare yourself to as a hockey player?” . . . “How long did it take you to grow that mustache?” . . .

Weir himself wasn’t drilled with an over assortment of strange queries.

“I thought some of the questions were pretty repetitive. Some teams asked a weird question here and there, but nothing too crazy,” he said, while estimating he was quizzed by roughly half of the NHL teams.

“I talked to quite a few,” said Weir, who is ranked 56th by Central Scouting among North American skaters for July’s NHL draft in Montreal.

“It was really good, it was really nice to meet some new guys and have the opportunity to speak to NHL teams. It was a great week, they treated us like pros. It was awesome.”

The interview process ran Monday to Thursday, which was followed by fitness testing Friday and Saturday.

“It was a pretty busy week with interviews and the rest, plus going out for dinner,” said Weir, 18. 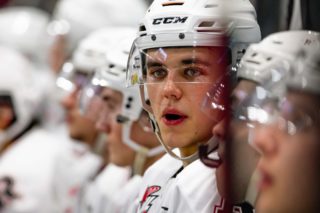 The product of Coldstream, B.C., was selected by the Rebels in the second round, 38th overall, of the 2019 WHL draft, and made a huge impression as a rookie in the pandemic-abbreviated 23-game 2020-21 season.

Weir, who stands close to six-foot-three and tips the scales at 185 pounds,  scored twice and added seven assists in 22 outings, then contributed five goals and 25 points — to go with 37 penalty minutes and a plus/minus rating of plus-14 — in 64 games this past season. For much of the season, he was part of the Rebels’ first power play unit.

Weir is pretty much a lock to be selected in the July draft, and admitted he’s pumped for the opportunity to hear his name called in whichever round he’s picked.

“For sure, it’s coming up in a month (July 7-8) and it’s definitely an exciting time for me and my family. I’m looking forward to it,” he said.

Rebels 20-year-old centre Ben King, who led the WHL with 52 goals this season, is ranked 96th by Central Scouting among North American skaters, while two other members of the team — forward Kai Uchacz and defenceman Christoffer Sedoff — could also be drafted despite not being ranked.